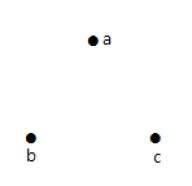 In the above graph, there are three vertices named ‘a’, ‘b’, and ‘c’, but there are no edges among them. Hence it is a Null Graph.

In the above shown graph, there is only one vertex ‘a’ with no other edges. Hence it is a Trivial graph. 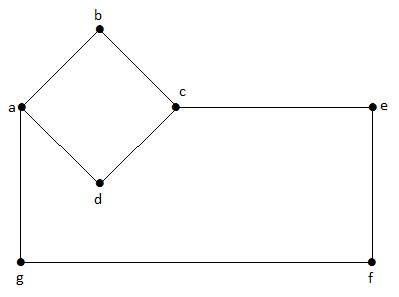 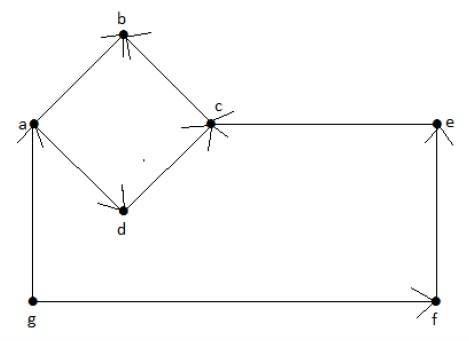 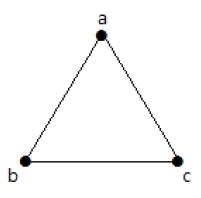 The maximum number of simple graphs with n=3 vertices − 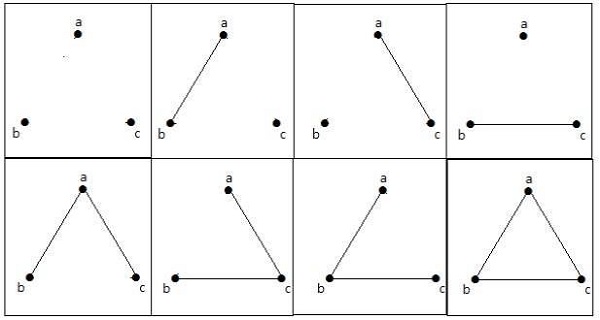 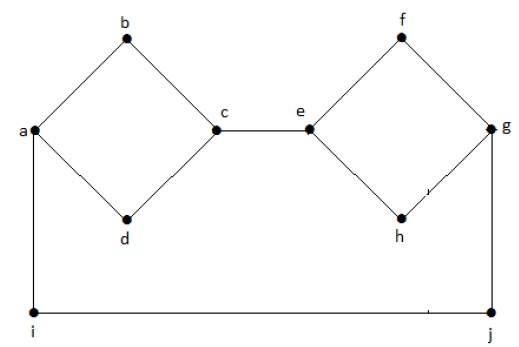 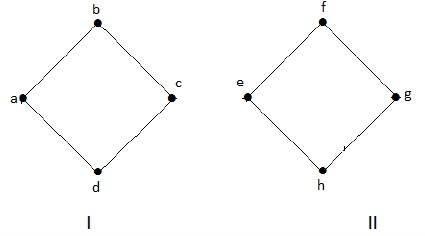 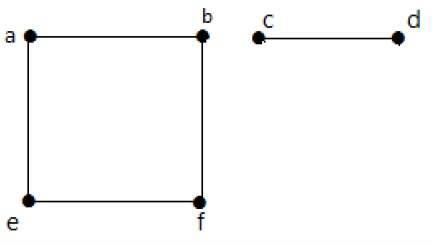 A graph G is said to be regular, if all its vertices have the same degree. In a graph, if the degree of each vertex is ‘k’, then the graph is called a ‘k-regular graph’. 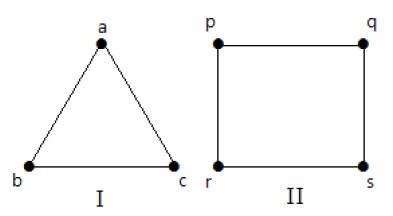 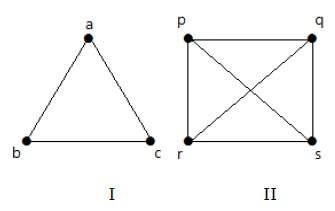 No. of edges from all other nodes in cycle graph without a hub.

In graph I, it is obtained from C3 by adding an vertex at the middle named as ‘d’. It is denoted as W4.

In graph II, it is obtained from C4 by adding a vertex at the middle named as ‘t’. It is denoted as W5.

In graph III, it is obtained from C6 by adding a vertex at the middle named as ‘o’. It is denoted as W7. 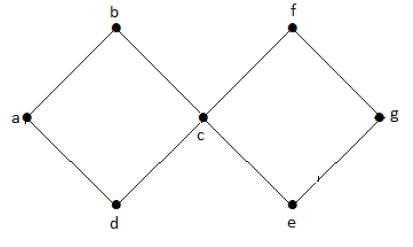 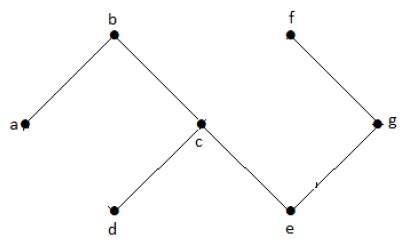 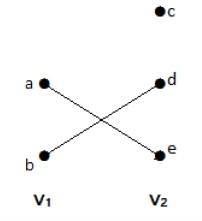 In this graph, you can observe two sets of vertices − V1 and V2. Here, two edges named ‘ae’ and ‘bd’ are connecting the vertices of two sets V1 and V2. 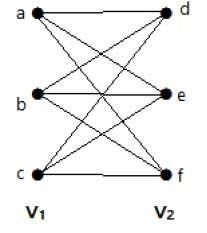 In the above graphs, out of ‘n’ vertices, all the ‘n–1’ vertices are connected to a single vertex. Hence it is in the form of K1, n-1 which are star graphs.

Complement of a Graph

In the following example, graph-I has two edges ‘cd’ and ‘bd’. Its complement graph-II has four edges.

Note that the edges in graph-I are not present in graph-II and vice versa. Hence, the combination of both the graphs gives a complete graph of ‘n’ vertices.

If ‘G’ is any simple graph, then

Let ‘G’ be a simple graph with nine vertices and twelve edges, find the number of edges in 'G-'.

Let the number of vertices in the graph be ‘n’.