A point is an exact location

On extending a line segment AB indefinitely in one direction we get the ray AB. Ray AB has one end point, namely A.

A line segment AB extended indefinitely in both directions is called line AB.

In the given figure, the points A,B,C are collinear.

Three or more lines intersecting at the same points are called concurrent lines.

Measure of an Angle

The amount of turning from OA to OB is called the measure of ∠AOB written as m(∠AOB).

If a ray stands on a line , than the sum of two adjacent angle so formed is 180° In the given figure , ray CP stands on line AB. 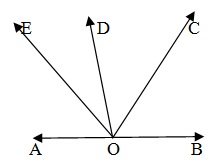 If two lines lie in the same plane and do not intersect when produced on either side then such lines are said to be paralleled and we write , L||m. 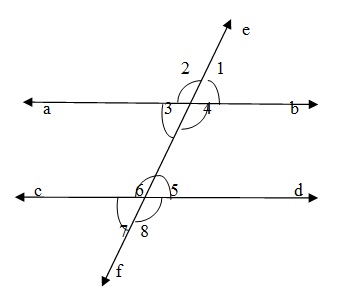 Let two parallel lines AB and CD be cut by a transversal EF. Then

A figure bounded by three straight lines is called a triangle. In the given figure , we have ∆ABC; ∆ABC having three vertices A,B,C. In has three angles, namely ∠A,∠B and ∠C. It has three sides , namely AB, AC and BC. 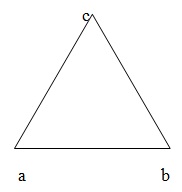