What is Kleene’s Theorem in TOC?

Kleene's Theorem states the equivalence of the following three statements −

Consider an example Let L=aba over an alphabet {a,b} 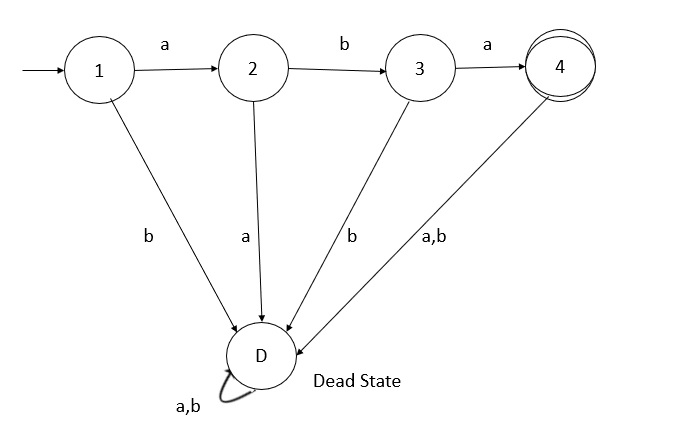 Any language that can be defined with RE can be accepted by some Finite State Machine (FSM) is also regular.

The proof is by construction.

For a given RE α, we can construct a FSM M such that

Let us construct FSMs to accept language that are defined by regular expression that exploits the operations of concatenation, union and Kleene star.

If L(β) is regular, then it is accepted by some FSM

Let L(γ) is regular, then it is accepted by some FSM

Let P accept L = {a} and Q accepts L = {b}, then R can be represented as a combination of P and Q by using the provided operations as −

The transition diagram for the same is given below − 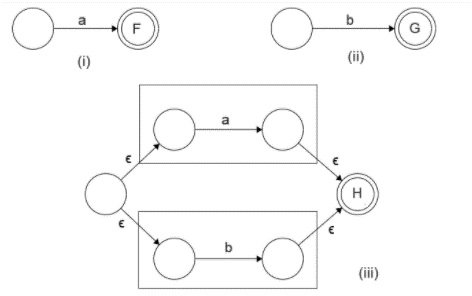 We observe the following in the transition diagram −