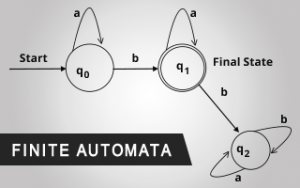 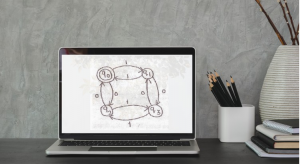 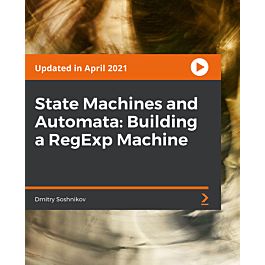 Basically a pushdown automaton is −

A pushdown automaton has three components −

The stack head scans the top symbol of the stack.

A stack does two operations −

A PDA may or may not read an input symbol, but it has to read the top of the stack in every transition.

The following diagram shows a transition in a PDA from a state q1 to state q2, labeled as a,b → c − 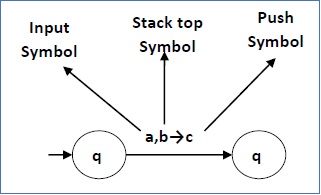 The instantaneous description (ID) of a PDA is represented by a triplet (q, w, s) where

The "turnstile" notation is used for connecting pairs of ID's that represent one or many moves of a PDA. The process of transition is denoted by the turnstile symbol "⊢".

Consider a PDA (Q, ∑, S, δ, q0, I, F). A transition can be mathematically represented by the following turnstile notation −

This implies that while taking a transition from state p to state q, the input symbol ‘a’ is consumed, and the top of the stack ‘T’ is replaced by a new string ‘α’.