The two finite automata (FA) are said to be equivalent if both the automata accept the same set of strings over an input set Σ.

The method for comparing two FA’s is explained below −

Let M and M1 be the two FA’s and Σ be a set of input strings.

Step 1 − Construct a transition table that has pairwise entries (q, q1) where q ∈ M and q1 ∈ M1 for each input symbol.

Consider the two Deterministic Finite Automata (DFA) and check whether they are equivalent or not. 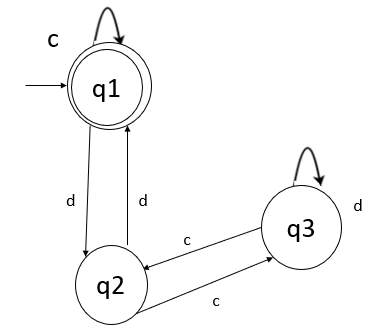 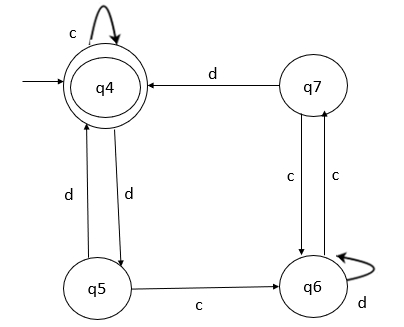 Here, FS is the Final State and IS is the Intermediate State.

Therefore, by seeing the above table it is clear that we don’t get one final and one intermediate in any pair. Hence, we can declare that two DFA’s are equivalent.