The Non-deterministic Push down Automata (NPDAs) are like finite automata (FA), except they also have a stack memory where they can store an arbitrary amount of information. 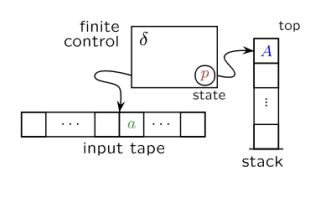 Read/write stack memory works as LIFO: Last In, First Out

What can we do with a stack?

The stack symbols are different from the “language” alphabet used on the input tape.

We start with the following −

One transition step includes the following −

Transition steps are formally defined by transition functions (often in the form of the transition instructions).

NPDA can be described as the following −

Or it is represented by ‘transition’ diagram as given below − 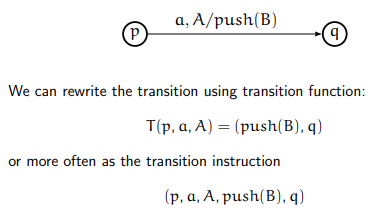