What is Alpha Testing?

Alpha testing takes place at the developer's site by the internal teams, before release to external customers. This testing is performed without the involvement of the development teams.

The following diagram explains the fitment of Alpha testing in the software development life cycle. 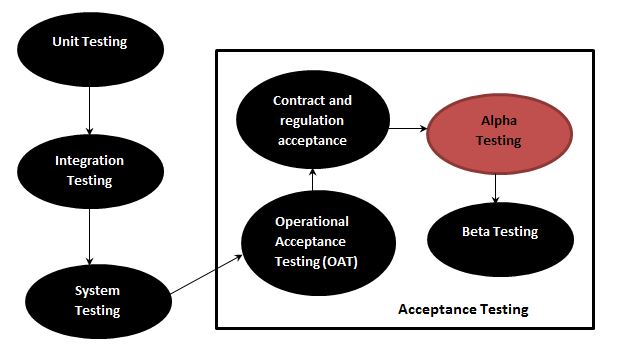 How do we run it?

In the first phase of alpha testing, the software is tested by in-house developers during which the goal is to catch bugs quickly.

Alpha testing is often performed for Commercial off-the-shelf software (COTS) as a form of internal acceptance testing, before the beta testing is performed.