There are many types of transistors in use. Each transistor is specialized in its application. The main classification is as follows.

The primary transistor is the BJT and FET is the modern version of transistor. Let us have a look at the BJTs.

A Bipolar junction transistor, shortly termed as BJT is called so as it has two PN junctions for its function. This BJT is nothing but a normal transistor. It has got two types of configurations NPN and PNP. Usually NPN transistor is preferred for the sake of convenience. The following image shows how a practical BJT looks like. 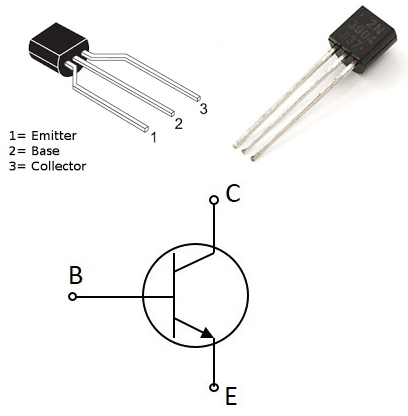 BJT is a current controlled device. A normal transistor which we had discussed in the previous chapters come under this category. The functionality, configurations and applications are all the same.

An FET is a three-terminal unipolar semiconductor device. It is a voltage controlled device unlike a bipolar junction transistor. The main advantage of FET is that it has a very high input impedance, which is in the order of Mega Ohms. It has many advantages like low power consumption, low heat dissipation and FETs are highly efficient devices. The following image shows how a practical FET looks like. 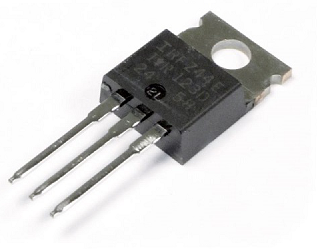 The FET is a unipolar device, which means that it is made using either p-type or n-type material as main substrate. Hence the current conduction of a FET is done by either electrons or holes.

The following are the varied features of a Field Effect Transistor.

There are two main types of FETS. They are JFET and MOSFET. The following figure gives further classification of FETs.

In the subsequent chapters, we will have a detailed discussion on JFET and MOSFET.