Matter is made up of molecules which consists of atoms. According to Bohr’s theory, “the atom consists of positively charged nucleus and a number of negatively charged electrons which revolve round the nucleus in various orbits”. When an electron is raised from a lower state to a higher state, it is said to be excited. While exciting, if the electron is completely removed from the nucleus, the atom is said to be ionized. So, the process of raising the atom from normal state to this ionized state is called as ionization.

The following figure shows the structure of an atom. 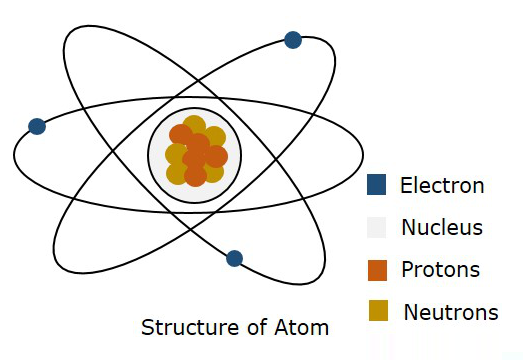 Each orbital, where an electron moves, differs in its energy and shape. The energy levels of orbitals can be represented using discrete set of integrals and half-integrals known as quantum numbers. There are four quantum numbers used to define a wave function.

This quantum number has l as its symbol. This l indicates the shape of the orbital. It ranges from 0 to n-1.

So, when l = 0, it is called as S orbital. The shape of S is spherical. The following figure represents the shape of S. 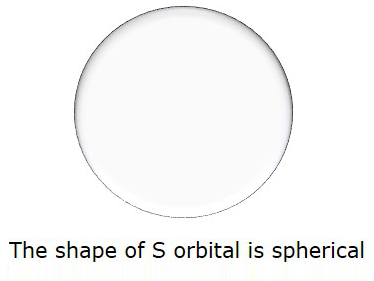 The P orbital where the electrons are more likely to find is in dumbbell shape. It is shown in the following figure. 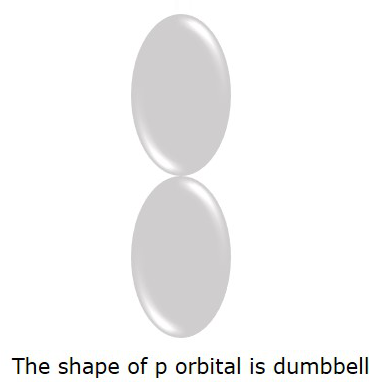 This quantum number is denoted by ml which represents the orientation of an orbital around the nucleus. The values of ml depend on l.

Hence we have three P orbitals as shown in the following figure.

This is represented by ms and the electron here, spins on the axis. The movement of the spinning of electron could be either clockwise or anti-clockwise as shown here under. 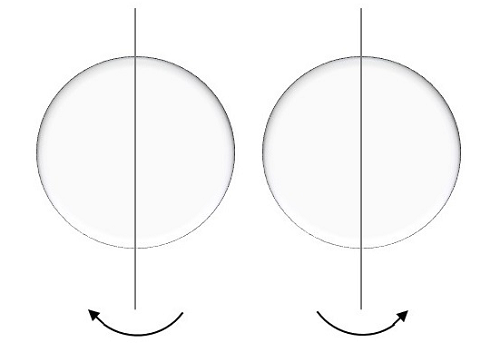 The possible values for this spin quantum number will be like,

For a movement called spin up, the result is positive half.

For a movement called spin down, the result is negative half.

These are the four quantum numbers.

Let us have a look at the electronic configurations of carbon, silicon and germanium (Group IV – A).

It is observed that the outermost p sub-shell in each case contains only two electrons. But the possible number of electrons is six. Hence, there are four valence electrons in each outer most shell. So, each electron in an atom has specific energy. The atomic arrangement inside the molecules in any type of substance is almost like this. But the spacing between the atoms differ from material to material.