The N-channel FET is the mostly used Field Effect Transistor. For the fabrication of Nchannel FET, a narrow bar of N-type semiconductor is taken on which P-type material is formed by diffusion on the opposite sides. These two sides are joined to draw a single connection for gate terminal. This can be understood from the following figure. 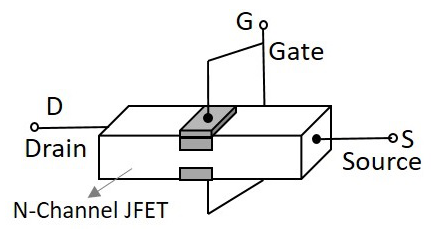 These two gate depositions (p-type materials) form two PN diodes. The area between gates is called as a channel. The majority carriers pass through this channel. Hence the cross sectional form of the FET is understood as the following figure. 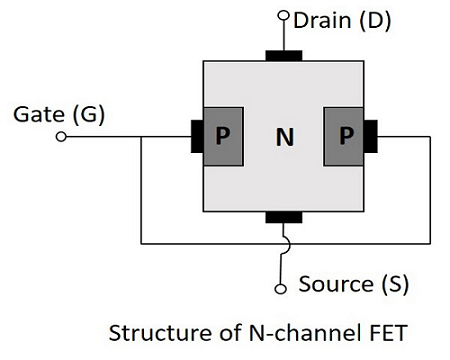 Before going into the operation of the FET one should understand how the depletion layers are formed. For this, let us suppose that the voltage at gate terminal say VGG is reverse biased while the voltage at drain terminal say VDD is not applied. Let this be the case 1.

Let us now consider the following figure, to understand what happens when both the supplies are given. 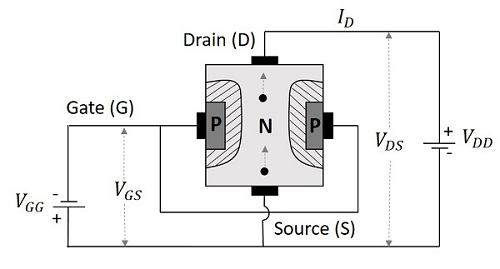 Hence the voltage drop is being progressive through the length of the channel. So, the reverse biasing effect is stronger at drain terminal than at the source terminal. This is why the depletion layer tends to penetrate more into the channel at point A than at point B, when both VGG and VDD are applied. The following figure explains this. 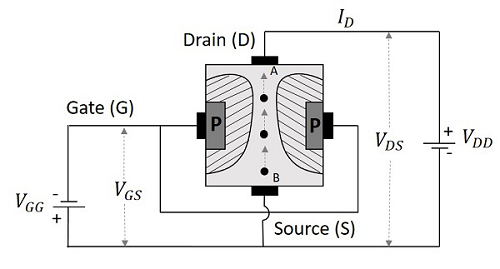 Now that we have understood the behavior of FET, let us go through the real operation of FET.

When this drain current is further increased, a stage occurs where both the depletion layers touch each other, and prevent the current ID flow. This is clearly shown in the following figure. 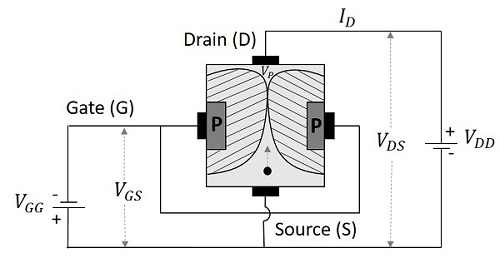 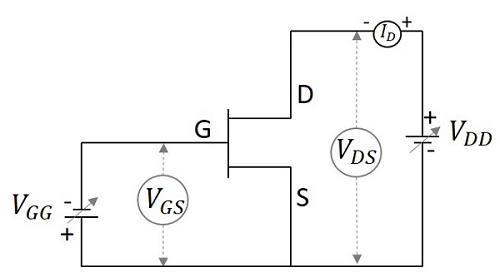 The gate terminals will be under reverse biased condition and as ID increases, the depletion regions tend to constrict. This constriction is unequal in length making these regions come closer at drain and farther at drain, which leads to pinch off voltage. The pinch off voltage is defined as the minimum drain to source voltage where the drain current approaches a constant value (saturation value). The point at which this pinch off voltage occurs is called as Pinch off point, denoted as B.

As VDS is further increased, the channel resistance also increases in such a way that ID practically remains constant. The region BC is known as saturation region or amplifier region. All these along with the points A, B and C are plotted in the graph below. 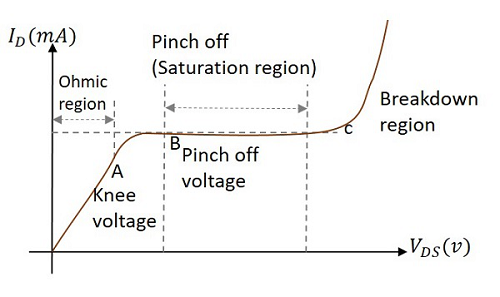 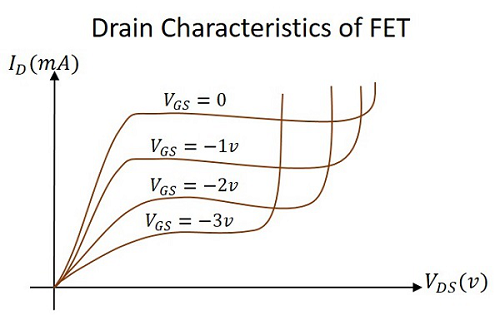