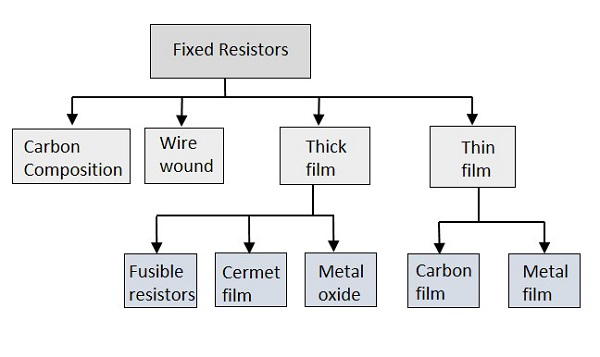 The Carbon composition resistors are a blend of carbon particles, graphite and ceramic dust mixed with a binder substance like clay. This mixture is treated with high pressure and temperature. After the whole thing is molded in a case, the leads are fixed.

The following figure shows an image of carbon composition resistor.

Usually a nichrome wire or a manganin wire is used to wind the core because they offer high resistance. Whereas plastic, ceramic or glass is used for core.

These are the oldest type of fixed resistors, but are being used even now. 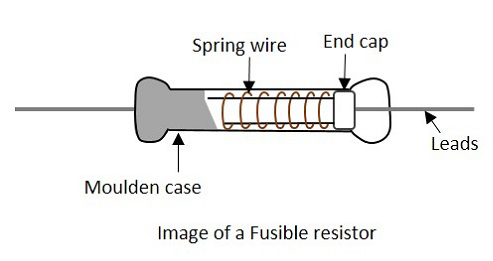 The Cermet film resistors are the film resistors made up of a special material called Cermet. Cermet is a composite alloy made by combining Ceramic and Metal. This combination provides the advantages in both of these materials like high temperature resistance and wear resistance of ceramic along with flexibility and electrical conductivity of a metal. 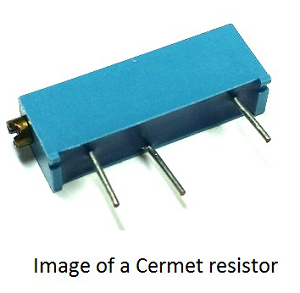 A metal film layer is wrapped around a resistive material and is fixed in a ceramic metal or cermet substrate. Leads are taken to make the connections easy while fixing on a PCB. They offer high stability as temperature cannot affect their performance.

A Metal oxide film resistor is formed by oxidizing a thick film of Tin chloride on a heated glass rod, which is a substrate. They have high temperature stability and can be used at high voltages. These resistors have low operating noise. 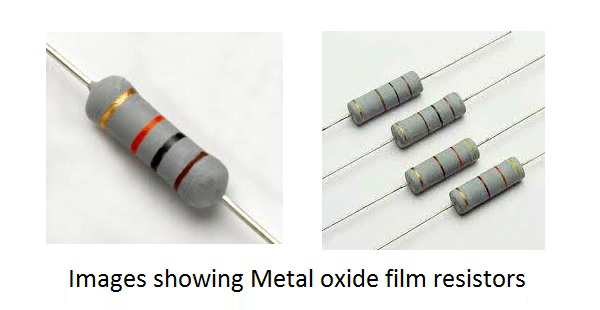 Metal oxide film resistors differ with metal film ones only regarding the type of film coated. Metal oxide is a metallic compound like tin with oxygen to form tin oxide, which is coated as a film on the resistor. The resistivity of this resistor depends upon the amount of antimony oxide added to the tin oxide.

A Carbon film resistor is made by depositing a carbon film layer on a ceramic substrate. The carbon film acts as the resistive material to the current and the ceramic substance acts as an insulating substance. Metallic caps are fixed at both the ends and copper leads are drawn out.

The following figure shows the construction of a carbon film resistor.

Metal film resistors have low temperature coefficient of resistance, which means the resistance is less affected by the temperature.

While using a resistor, if the flow of current increases, the resistor dissipates some heat. If this value crosses a certain critical value, the resistor may get damaged. The wattage rating of a resistor is printed on some higher value resistors in order to avoid such situation.