To achieve the objective of a Release, there could be multiple builds. Build is always associated with only one Release. A build fulfills the partial objective of Release with limited functionalities.

In TestLink, test execution is made up of both builds and test cases. If the build is not created for a project, you won’t be able to perform test execution.

To create a Build, you should have Create Builds permission.

Following are the steps to create a Build −

Step 1 − Go to Test Plan → Build/Releases from the dashboard. 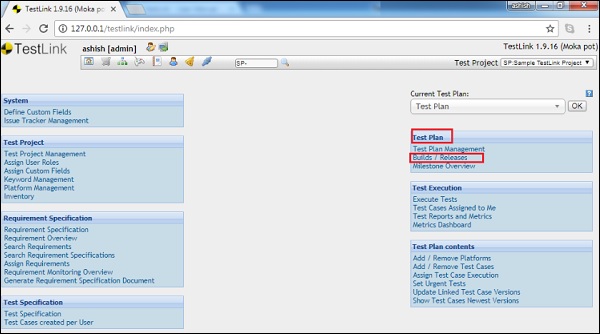 It opens the Build Management page along with the available builds.

It opens the Create a new build form.

Step 3 − Enter the following fields in the form − 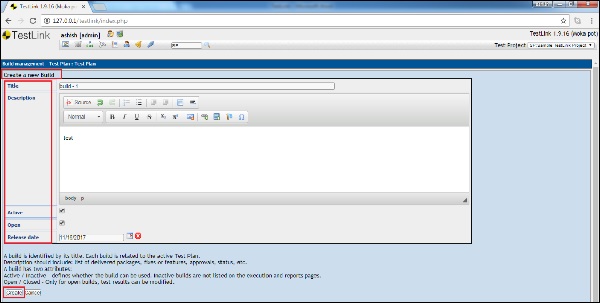 Step 4 − After entering all the details, click the Create button to add the build.

Step 1 − Select a Build to edit and click the build title to open the details as shown below.

It opens the build details in the edit mode as shown in the following screenshot.

Step 2 − After updating the build details, click the Save button. 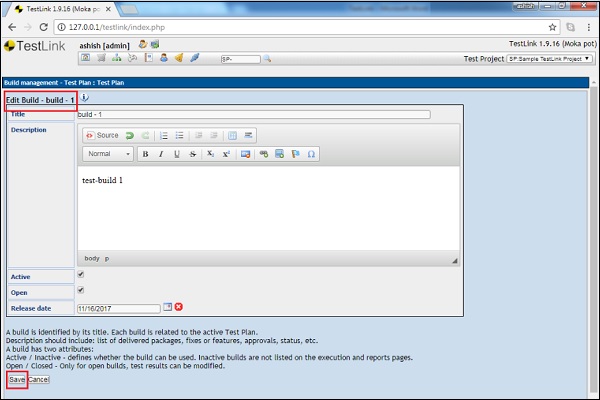 To delete a Build, you should have Delete Builds permission.

Following are the steps to delete a build −

Step 1 − Go to the Test Plan Management − Builds/Releases from the dashboard.

Step 2 − Click the Delete icon corresponding to the row of the build that needs to be deleted as shown below.

A pop-up will be displayed for confirmation to delete.

Step 3 − Click Yes as shown in the following screenshot. 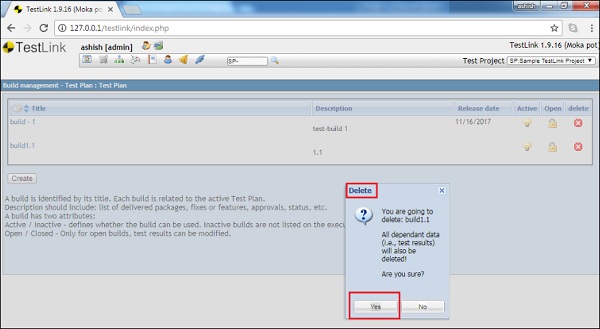 The page will be refreshed and the build will be deleted.