Metrics in MicroStrategy are the calculations performed on data. They are the derived columns which show results such as sum or average of some numeric values of a column in source data.

They are useful in creating custom calculations required by business. Creation of a metric involves using the in-built functions already available in MicroStrategy. The formula editor is used to create the formula for a metric.

Create a report with Category and sub-category as its two columns. Next, right click anywhere under the data source tab and near any of the measure fields. A pop-up appears which shows the create metric option. 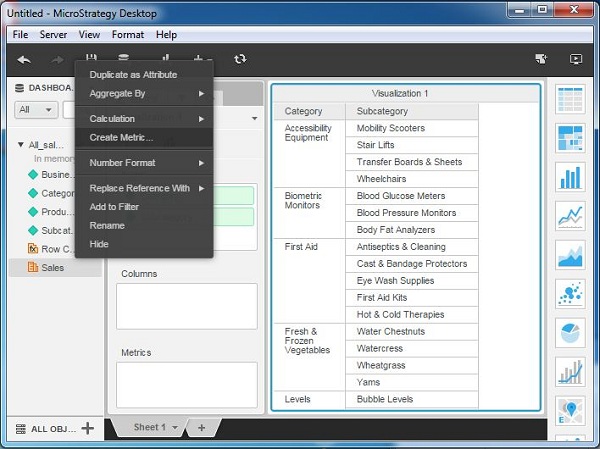 In the Metric editor, write the formula for the average sales. Save the metric by giving it a name, say “AvgSales”. 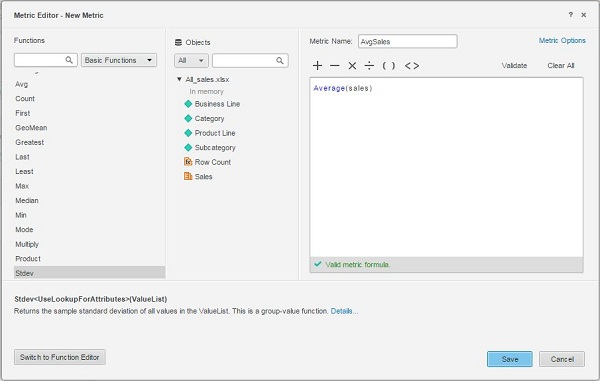 Now, the metric AvgSales appears under the Dashboard Data as a measure. It can be dragged to the metric filed and then appears in the report. 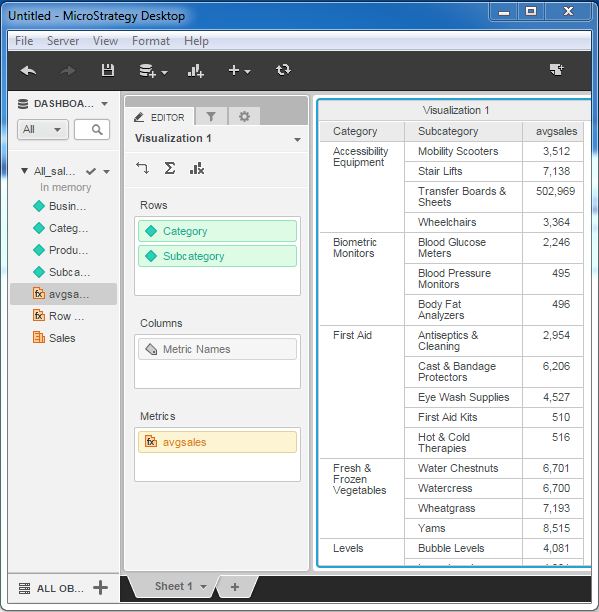