In the Microsoft Word Import Options dialog box, ensure that the radio button, Remove Styles and Formatting from Text and Tables in the Formatting section is selected and the Preserve Local Overrides checkbox is checked. This will ensure removal of all Word styles but will preserve font overrides such as bold, italics, etc. when importing into InDesign. 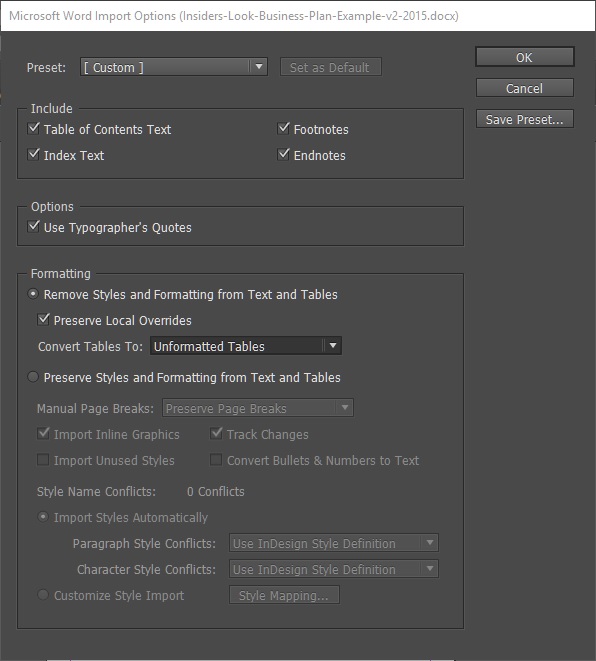 You will see that InDesign has imported the Word document without any of the formatting styles but retained font overrides such as bold, italics, etc. 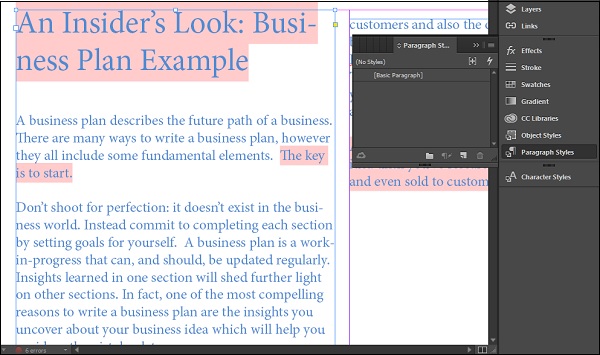 The Paragraph Styles panel shows Basic Paragraph which means all the style of the document is now InDesign default.

From here, you can choose to apply any paragraph or character style in InDesign.

Style mapping is useful if you want InDesign to correlate the Word styles in your imported document into styles that InDesign can understand. You can map both paragraph and character styles so that when you import the document, the mapped styles are applied automatically.

While importing using the Place command, make sure that Show Import Options checkbox is checked. 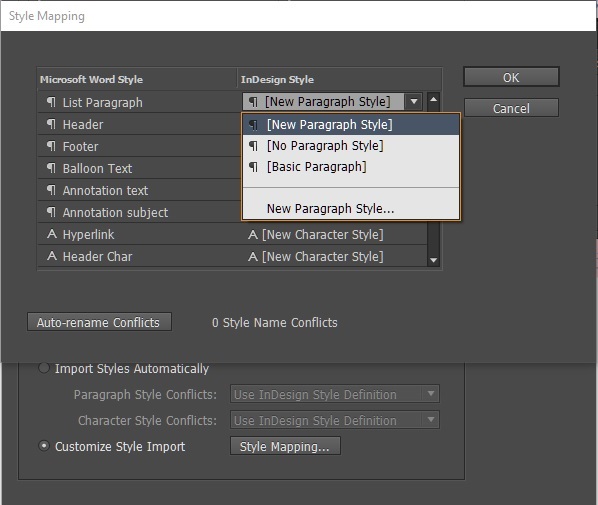 The Style Mapping dialog box shows two columns − on the left is the Microsoft Word style which is present in the Word document that you are importing and on the right is the InDesign style that you want to apply correspondingly.

There are both paragraph and character styles shown (denoted by the paragraph symbol and A symbol respectively) and for each Word style, you can choose the available InDesign style by clicking the down arrow beside each InDesign style.

Once you are done, click OK and OK again to import the Word document with the required formatting.