Text wrapping is making the text reflow along the boundaries of the frame or the object. Text wrapping options can be set using the Text Wrap panel from the Window menu.

Let us take an example of text wrapping around an object. When you insert an image over text, the text normally wraps itself around the frame of the image (which is usually rectangular) but not the image itself (which can have a contour). The Text Wrap panel allows you to define the image around which the text should wrap itself.

Place the image in the document and open the Text Wrap panel. With the image frame selected, select the third option to wrap the text around the object. It is better if the imported image has some transparency or alpha channel applied to it.

In the Contour Options type, select either Alpha Channel or Detect Edges to wrap the text around the image. In the following example, we see that the text has been wrapped around the bird’s body contour. 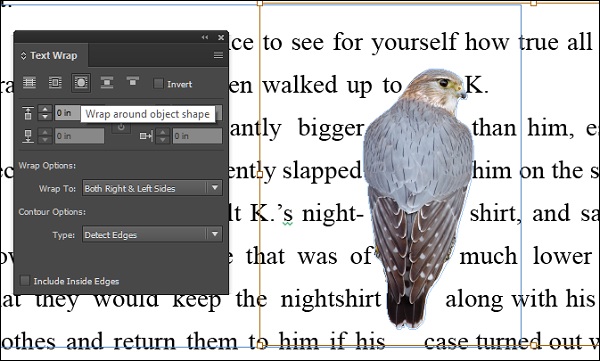 Anchored objects tell InDesign to keep the positioning of the object, while moving the other objects around it. To do this, first we must anchor the object. 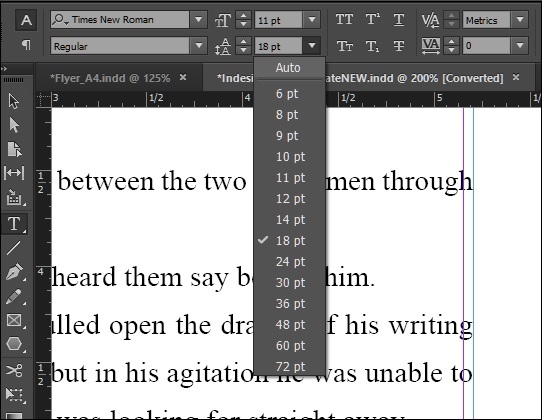 The easiest way to anchor or make an object in-line is to select the object and cut it into the clipboard. Then use the Text tool to place the cursor in the original position of the cut object and paste the object from the clipboard back again.

You will notice that the object is now placed on top of the text. To restore it back to its original place, go to the Control Panel and select the Leading value to Auto as shown. This will tell InDesign to allocate as much area as required by the object. 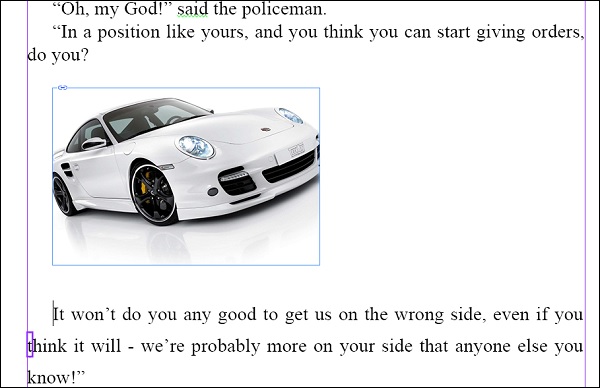 In this page, even if we choose to edit or delete the text above the car, the car will follow the edit instead of jumping above or below the text.