Transport Management System (TMS) is one of the key components in the SAP system and is used to control the new requests, to monitor the changes such as who has implemented the changes, as well as defining and configuring system landscape in SAP environment.

Transport management is one of the key components in the SAP system landscape.

This is used to manage all TMS configuration details. Any changes to configuration setting are distributed to all the systems. To set up the Domain controller, use Transaction: STMS

In case, SAP system doesn’t have a Domain Controller, you will be prompted to create a new one. Transport domain includes the following activities to be performed − 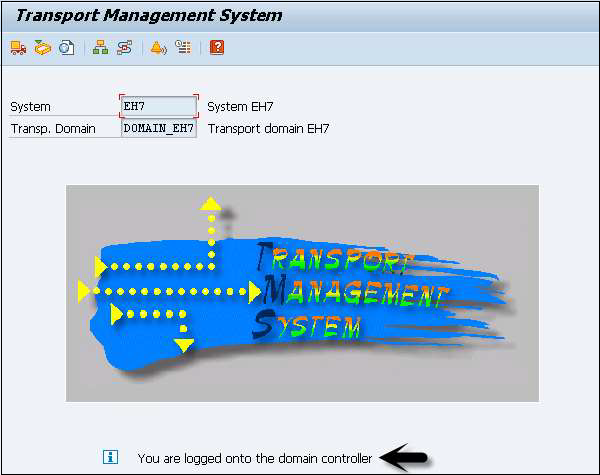 Adding a System to the Transport Domain

To add a system, log on to the SAP system that you want to add to the system. Use client 000 and start transaction STMS. If the system is not added, TMS will check the configuration file DOMAIN.CFG and will ask to join the domain. Click “Select the proposal” and save. The System will remain in the ‘Waiting’ status initially.

You can see the new system that will be available. Go to SAP System → Approve.

Transport routes are defined as routes that are defined by the SAP Administrator to transmit the changes between different SAP systems.

You can define two types of transport routes −

Transport request contains the number of changes to be implemented in the development system. It consists of the type of change, purpose, change category, target system and other details.

Number can be anything from a range starting with 900001 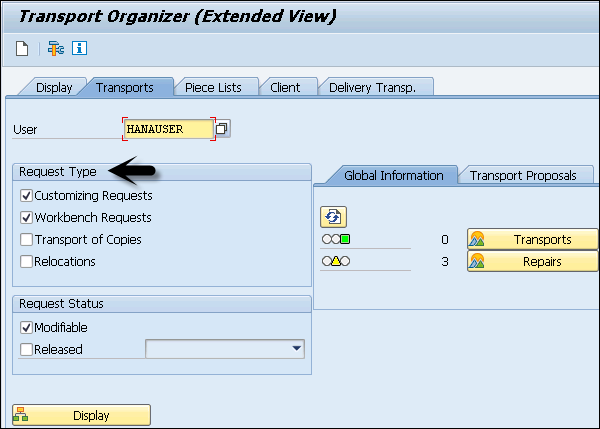 To create a Transport request, use Transaction SE01

Transport request can be created in two ways − 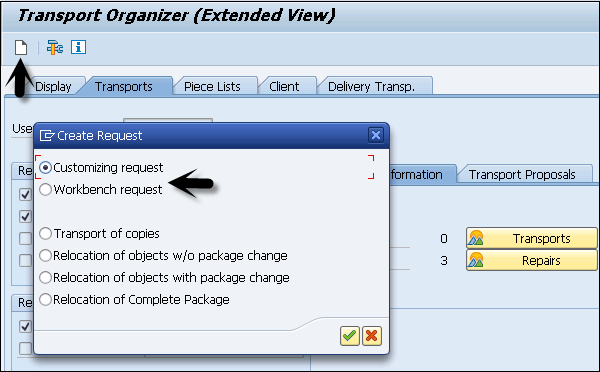 Import/Export of Objects in the Transport System

Run the Transaction STMS → Import or you can go to the Overview tab at the top → Imports.

You can see a list of systems in the current domain, description, and the number of requests available in the Import Queue and the status.

This list contains Transport requests in the directory that are ready to import to the target system.

To add a request manually, you can go to Extras → Other Requests → Add. You should know the name of the Transport request.