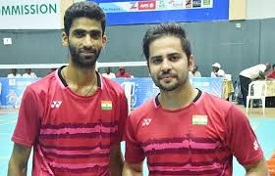 Rahul defeated compatriot Karan Rajan Rajarajan 21-15 21-13 in the final to win the title. Rahul had recently won the bronze medal in the Russain Open Grand Prix.

Manu and Sumeeth surpassed Godwin Olofua and Anouluwapo Juwon Opeyori of Nigeria to win the title. 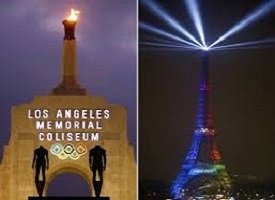 Los Angeles agreed with the International Olympic Committee on plans to host the 2028 Summer Games. Paris will host the games in 2024.

The 2020 Olympics will be held in Tokyo, Japan. For 2024, Budapest, Rome, Hamburg, and Boston all dropped out after facing popular resistance. 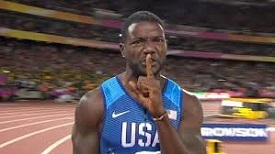 This was the first time Bolt was beaten in a global-championship 100m final. The 35-year-old Gatlin was twice banned for doping. He had won the Gold medal in Olympics in 2004. 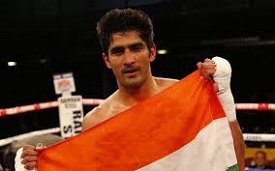 Singh also snatched the WBO Oriental Super Middleweight title from the Chinese. It was Vijender's ninth successive win in his professional career. 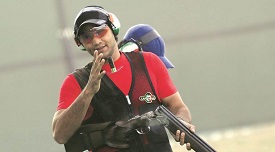 He scored 30 with bronze medal at 2nd position, following Kuwait’s Abdulrahman Al Faihan with gold medal at 39 scores and Kuwait’s Talal AlRashidi, who bagged the silver at score of 38.

Various other Indian participants such as Zoravar Singh Sandhu and Birendeep Sodhi finished at 17th place and 36th place respectively.

Real Madrid bagged third UEFA Super Cup in four years, beating Manchester United, held in in Skopje, Macedonia. Real Madrid are champions of Europe three times in the last four years and one of the great teams of the 21st century. Some players whose performance was appreciated were Nemanja Matic, Paul Pogba and Marcus Rashford.

The UEFA Super Cup is considered as one trophy that is not part of the Jose Mourinho collection. 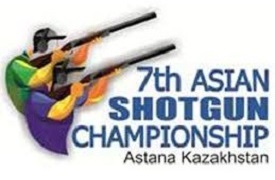 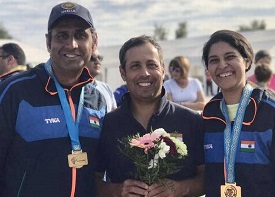 The victory was a close-to-close win with scores of 28-27. Other players Vladislav Mukhamediyev and Olga Panarin settled with bronze medal.

India bagged with eight medals at the championship. 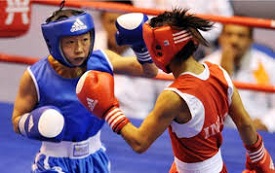 Silver medals were received by Anjali in 48kg, Sakshi in 54kg, Ashtha in 69kg and Anupama in 81kg categories. Mandeep in 57kg, Nisha in 64kg, Shruti in 75kg and Neha in 81+kg category. 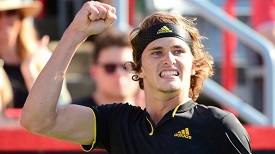 Alexander Zverev of Germany beat Roger Federer in the Rogers Cup final with a 6-3, 6-4 victory. The 20-year-old Zverev posted a 10th straight match victory. It was also his fifth title of 2017. Zverev is the youngest Rogers Cup finalist since Novak Djokovic in 2007.

The Indian contingent for the World Dwarf Games bagged as many as 37 medals from the games, which were held in Toronto, Canada. The Indian side stunned the world to secure a top-10 finish in the tournament by clinching 15 gold, 10 silver and 12 bronze medals at the mega event.

The 7th edition of the World Dwarf Games was held over a week at the University of Guelph in Ontario province and featured nearly 400 athletes from 24 countries. 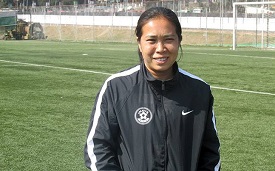 Oinam Bembem Devi of Manipur has been conferred with the prestigious Arjuna Award by the Union Ministry of Youth Affairs & Sports. The award recognises outstanding achievement in national sports.

She is also nicknamed the 'Durga of Indian football' and is a Brand Ambassador for FIFA Live Your Goals, India. She is the 25th footballer to win the award and only the second woman to do so, after Shanti Mullick in 1983. 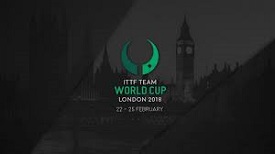 The 2018 ITTF Team World Cup will be conducted in London, England on 22-25 February 2018. England conducted the individual Men’s World Cup at Liverpool in 2012 but it will be the first world title event to be staged in London since the 1954 World Championships at Wembley.

The 2017 ITTF Team World Cup will be held at the Copper Box Arena in the Queen Elizabeth Olympic Park from 22-25 February 2018.

There are 12 men and 12 women participant teams that will compete at the event. 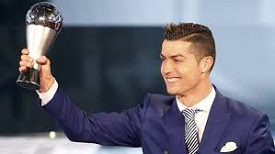 Cristiano Ronaldo was honoured with UEFA Men's Player of the Year award for the 2016/17 season. With this, he became first person to win this title for the third time. In Poll results, he became winner with 482 points.

UEFA President's Award was honoured to Francesco Totti. Cristiano Ronaldo plays for team Real Madrid, and was recently named for FIFpro team of the year award. 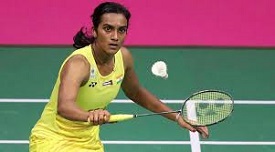 Ace shuttler P V Sindhu won silver after losing to Japan's Nozomi Okuhara in the final of world Badminton Championship at the Emirates Arena in Glasgow, Scotland. Saina Nehwal ended her campaign with a bronze.

Sindhu, who had won bronze twice in the 2013 and 2014 editions, became only the second Indian to win a silver medal after Saina Nehwal had achieved the feat in the last edition at Jakarta in 2015. 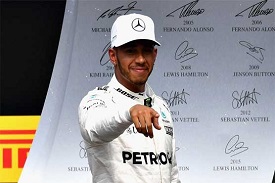 Lewis Hamilton won the Belgian Grand Prix 2017 and narrowed his gap in the championship to his rival Sebastian Vettel to just seven points.

Daniel Ricciardo of Red Bull was third in the race followed by Kimi Raikkonen and Valtteri Bottas in the top five respectively. 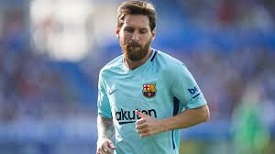 Barcelona forward Lionel Messi scored a goal Alaves and became the first ever player to score 350 goals in La Liga. He scored a second goal in the match to extend the number to 351.

Messi scored the milestone goal in La Liga more than 12 years after his first, when he was only 17. He has 66 more than that of Real Madrid’s Cristiano Ronaldo, his closest challenger in the all-time list. 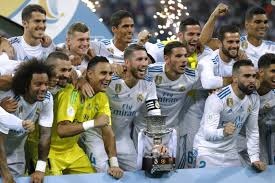 The 2017 Spanish Cup was the 31st edition of the Supercopa de España. It is an annual two-legged football tie contested by the winners of the previous season's La Liga and Copa Del Rey competitions.

“We’re not in our best moment, not on the level of the team or the level of the club. It’s the first time we’ve felt Madrid are superior,” Barcelona defender Gerard Pique told the reporters in the press conference after the match.