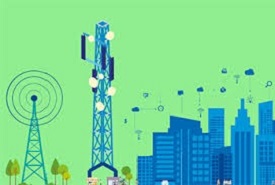 The Indian Telecom Market is expected to cross the Rs 6.6 trillion revenue mark by the year 2020. The number of Internet subscribers in India was more than 391 million by Dec 2016 making India globally the 2nd highest in terms of internet users.

The government had launched the Digital India initiative in July 2015 which had three broad targets − providing Digital Infrastructure as a core utility to every citizen, Governance and Services on Demand as well as Digital empowerment of citizens. 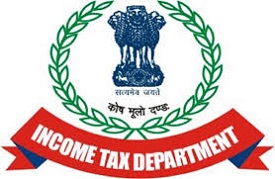 The Central Board of Direct Taxes (CBDT) entered into nine Unilateral Advance Pricing Agreements (UAPAs) with Indian taxpayers in the month of July, 2017.

The nine APAs signed in the month of July, 2017 pertain to diverse sectors of the economy. CBDT has signed its first APA with a taxpayer engaged in supplying rigs used in Oil & Gas exploration.

The other APAs pertain to Education, Banking, Pharmaceutical, Manufacturing and Information Technology sectors of the economy. 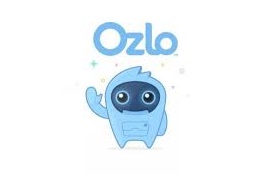 Ozlo is a four-year-old start-up with 30 employees. It has raised $14 million from a number of investors, including Greylock.

4 - Patanjali Teams Up with Facebook, Google for Online Advertisement Push 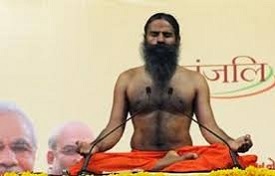 Yoga Guru Baba Ramdev’s Patanjali has now teamed up with Google and Facebook for digital advertisement. Patanjali is also campaigning online for a boycott of foreign products, in sync with the “Go Swadeshi” movement initiated by founder Baba Ramdev.

Searches for Patanjali products on Google have gone up 11 times in the past four years. The company clocked a turnover of Rs 10,561 crore in financial year 2016-17 and plans to double that figure in this financial year to Rs 21,000 crore. 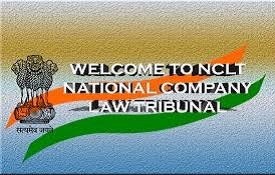 Bharti Airtel will acquire the business of Telenor India for an undisclosed amount in all seven circles where the latter holds spectrum.

Airtel would take over Telenor India's spectrum, licences and operations, including its employees and customer base of 44 million. 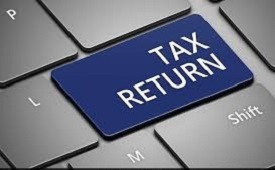 As a result of demonetization and Operation Clean Money, there is a substantial increase in the number of Income Tax Returns (ITRs) filed.

The growth in returns filed by Individuals is 25.3% with 2,79,39,083 returns having been received up to 05.08.2017. The effect of demonetization is also clearly visible in the growth in Direct Tax Collections. Advance Tax collections of Personal Income Tax. 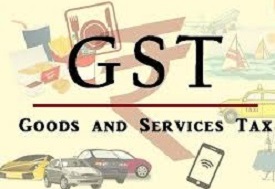 The GST Council considered the issue of cess leviable on motor vehicles in its 20th meeting held on the 5th of August 2017 and recommended that Central Government may move legislative amendments required for increasing the maximum ceiling of cess leviable on motor vehicles falling under headings 8702 and 8703 including SUVs, to 25% instead of present 15%.

However, the decision on when to raise the actual cess leviable on the same will be taken by the GST Council in due course. 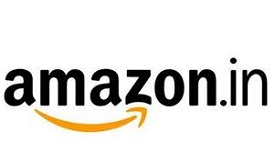 Virtual Customer Service is meant to ease customers’ effort by providing a support that can quickly resolve the problems, queries, complaints on relevant products, programmes and services offered by Amazon. 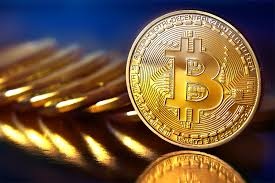 BitBay is one of the top ten cryptocurrency trading platforms in the world that aims to bring awareness about digital currencies and remove misconceptions related to these currencies in a market like India.

The new digital platform will be offering six digital currencies to keep and trade with local currency and will carry out demo trading, so as to let users learn digital trading of virtual currencies. Flipkart has acquired investment to compete with Amazon. It is considered to be as one of the biggest ever private investment in an Indian technology company.

Prior to this, Flipkart has also raised $300 million from a clutch of 10-15 investors. Flipkart is e-commerce site which is now one of India’s best-funded start-ups, having raised over $7 billion in 14 rounds of funding since its inception in 2007. 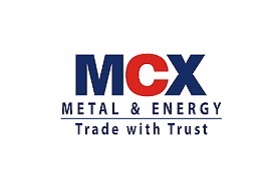 Securities and Exchange Board of India gave nod to Multi Commodity Exchange (MCX) Ltd to launch options trading in gold.

Option trading means allowing even smaller investors and hedgers in the bullion industry to minimize their price risk at a fraction of cost compared to currently available futures trading.

Various hedgers trade on MCX platform such as Harmony Hedge Fund and various other hedge funds have approached the exchange for admission.

MCX is an independent commodity exchange based in India, that focuses on the modalities of trading in commodity markets. An online registration mechanism was introduced by SEBI for custodians of securities to make it convenient for them to do business.

Now the custodians will be able to complete registration and other regulatory filings with SEBI much faster and in a cost-effective manner, through SEBI intermediary portal.

Also, custodian of securities seeking approval as Designated Depository Participant can apply through this portal. 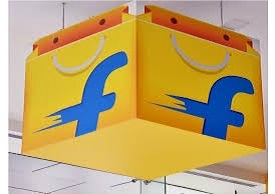 E-commerce company Flipkart has emerged as the third most funded private company globally, after it received $2.4 billion from Japanese technology and telecom giant SoftBank.

Company has reported to raise $7 billion which is higher than that raised by online house rental aggregator Airbnb ($3.3 billion) and mobile phone maker Xiaomi ($1.4 billion).

Flipkart stands at 9th place with about $15 billion in valuation report. Flipkart is an electronic commerce company headquartered in Bangalore, Karnataka. 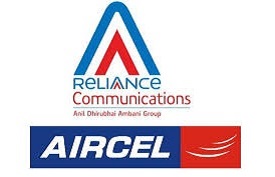 The National Company Law Tribunal approved the merger of Reliance Communications (RCom) and Aircel. It paves the way for creation of a new entity called Aircom with both partners having 50% equity stakes.

Once the deal is completed, RCom’s overall debt will be reduced by Rs. 20,000 crore, while Aircel's debt will reduce by Rs. 4,000 crore. RCom also plans to sell its telecom towers to Brookfield for Rs 11,000 crore. 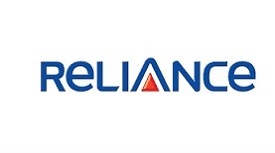 Anil Ambani’s Reliance Infrastructure-controlled Reliance Defence and Engineering is in the process to change its name to Reliance Naval and Engineering Ltd (RNEL) in line with the company’s focus on building capabilities for the Indian Navy and the Coast Guard. The company is set to seek shareholders’ approval to finalize this process.

Reliance Naval and Engineering has a large ship building and repair facility in the country and has one of the largest dry docks. 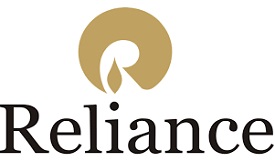 The government has imposed a new penalty of USD 264 million on Reliance Industries Ltd and its partners for producing less than the targeted natural gas from eastern offshore KG-D6 fields in 2015-16.

The total penalty now stands at USD 3.02 billion. The penalty is in the form of disallowing recovery of cost incurred for missing the target during six years beginning April 1, 2010. 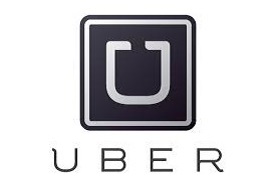 Uber has launched a business to business model called "Uber for Business”. The business model will enable new use cases like daily commute, late-night rides home from work, between-office transportation. It would help the businesses save cost.

Companies can set rules for employees, customers, and clients around the type of car that they can use, how much they can spend, and the location from which a trip needs to begin or end. This step would enable its existing 100 million customers to make Bill payments and transact on e-commerce platforms.

The app will enable one-tap bill payment for over 100 million subscribers of BSNL. The subscribers will also be able to use the digital wallet at over 1.5 million merchants across India. The QR code linked to Unified Payments Interface (UPI) will be printed on the electricity bills. Customers can scan the QR code with BHIM app or any other UPI linked bank apps and pay their bills without any hassle.

The bill details will be displayed on the app, post which the customer can authorize the payment within a few seconds and his bill will be paid instantaneously.

20 - Nestle India tied up with Amazon 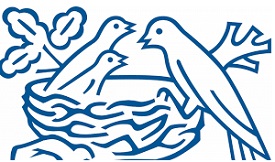 Nestlé India has tied up with Amazon India for the launch of its new range of Maggi Noodles. The new range will be available first on Amazon.in, and the company would subsequently aim to roll it out across retail outlets in India.

The new range — Nutri Licious — will be available to consumers first on Amazon starting 20 August 2017. The Chief Executive officer of Nestle is Mark Schneider. 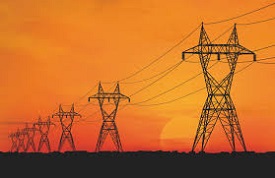 The Power Grid Corporation of India has entered into a loan agreement of USD 500 million from the Asian Development Bank (ADB) for its various projects. 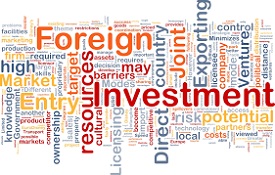 According to the Department of Industrial Policy and Promotion (DIPP), Foreign direct investment (FDI) into the country grew by 37% to USD 10.4 billion during the first quarter of the current fiscal.

India received USD 7.59 billion FDI during April-June 2016-17. Major FDI into India came in from Singapore, Mauritius, the Netherlands and Japan. The main sectors which attracted the FDI include services, telecom, trading, computer hardware and software and automobile. 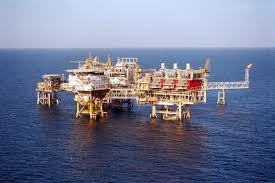 The board of Oil and Natural Gas Corporation (ONGC) gave 'in-principle' approval to acquire government's 51.11% stake in Hindustan Petroleum Corporation (HPCL). The deal will be completed within a year.

HPCL will become a subsidiary of ONGC and will remain a listed company post the acquisition. The government has also constituted a committee — headed by Finance Minister Arun Jaitley and comprising oil minister Dharmendra Pradhan and road minister Nitin Gadkari to work out the modalities of the sale. 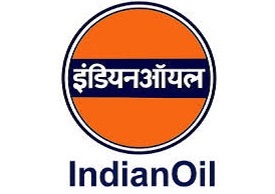 The Indian Oil Corp (IOC) will invest about Rs 52,000 crore in expanding Paradip refinery and setting up petrochemical complex after the Odisha government agreed to restore part of tax incentives.

As a result of the settlement, Odisha Government will receive regular VAT/GST revenue, estimated to be about Rs. 2,200 crore per annum currently, from Indian Oil, out of which Rs. 700 crore per annum will be given as interest-free loan to Indian Oil for 15 years.

25 - Airtel Ties up with Symantec 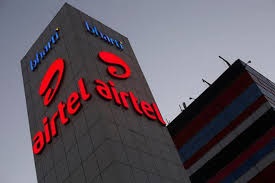 Bharti Airtel has partnered with Symantec to offer cyber security solutions to enterprises.

As part of the tie-up, Airtel will be the exclusive cyber security services partner for Symantec and will distribute its enterprise security software. Symantec has blocked over a billion Petya and Wannacry infection attempts since the launch of the two malware platforms.

Airtel Business serves over 2,000 large enterprise accounts, plus more than 2.50 lakh corporate and tech start-ups, with its integrated telecom solutions.