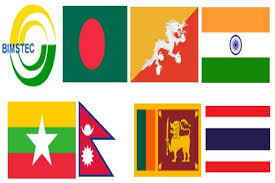 The meeting helped in the augmentation of capacities, especially response capacity, besides promoting cooperation and coordination in Disaster Risk Reduction (DRR).

This Exercise provided a platform to share the Best Practices on comprehensive aspects of Disaster Risk Reduction (DRR), strengthening regional response and coordination for Disaster Management among the BIMSTEC nations. The Exercise was conducted in two phase in Delhi and NCR. 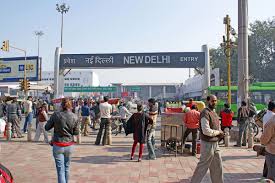 The participants shared the view that Afghanistan acted as a natural bridge in promoting regional connectivity and economic integration. There was consensus that economic development was an important factor in ensuring peace and stability in Afghanistan and the Heart of Asia Region. 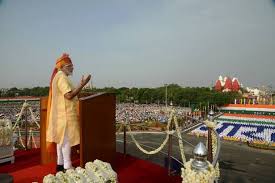 The Prime Minister Shri Narendra Modi unfurled the National Flag from the ramparts of the Red Fort to celebrate the 71st Independence Day and addressed the nation.

Seven hundred cadets of the National Cadet Corps drawn from various schools of the Delhi Directorate comprising the Army, Navy and Air Force wings participated in the flag hoisting ceremony.

In total, 3,500 girl students and 5,000 boy students from 37 schools of Directorate of Education, Government of Delhi sang the National Anthem and other patriotic songs in different regional languages during the celebrations. Various programmes were discussed that are in operational in India, meant for fighting against such issues. The event was inaugurated by Madhya Pradesh CM Shivraj Singh Chouhan and Minister of State for External Affairs General VK Singh. 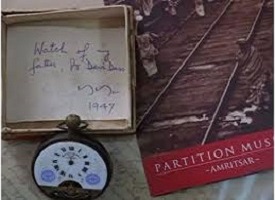 The world’s first Partition Museum was opened at Town Hall, Amritsar. The Museum remains open from Tuesday to Sunday, 10 a.m. to 5 p.m.

The Partition Museum Project (TPMP) was initiated by The Arts and Cultural Heritage Trust (TAACHT) to work towards the establishment of a world class, physical museum, dedicated to the memory of the Partition of the sub-continent in 1947 — its victims, its survivors and its lasting legacy.

6 - National Sports Museum to be established in New Delhi

The Ministry of Youth Affairs and Sports will establish National Sports Museum, first of its kind, at Jawaharlal Nehru Stadium, New Delhi.

Accordingly, the proposed Museum would go beyond the classical approach of a collection of memorabilia to become an interactive venue of interest for all age groups. 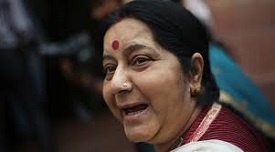 External Affairs Minister Sushma Swaraj inaugurated the country’s first Videsh Bhavan at the Bandra Kurla Complex (BKC) in Mumbai. It is a modern, fully equipped, state of the art office with all public amenities.

There are Four offices of MEA in Mumbai, which are:

They are all integrated together and will be functioning from the newly constructed "Videsh Bhavan” from now on.

Mangal rural distributed few basic technological items to villagers at free of cost such as a computer set, one solar lighting system and a WiFi device. Participants received ‘Certificates’ for successful completion of course. 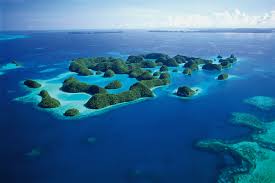 According to a new report by the United Nations World Tourism Organization (UNWTO), Tuvalu is least visited place on earth in 2016. It drew 2000 tourists in a year. Tuvalu is a collection of nine islands, sitting about halfway between Hawaii and Australia.

It is located in the South Pacific Ocean. Tuvalu is 4.6 meters above sea level and has a population of 11,000 people.

The other three least visited countried in the list are – Kiribati, Tajikistan and Marshall Islands.