Forbes has ranked JK Rowling as the world's most highly paid author with earnings of £72.2m ($95m) this year. She is popular for her book Harry Potter. 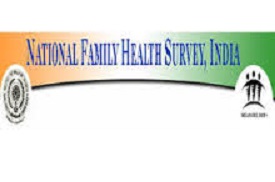 In the State of Madhya Pradesh 42.8 percent children below five years are underweight, 42 percent are stunted and 25.8 percent are wasted.

Report on Medical Certification of Cause of Death (MCCD) gives statistics on Cause of death obtained through Civil Registration System under Registration of Births and Deaths Act 1969. It is published annually by Registrar General & Census Commissioner of India.

3 - Kerala and Haryana cities among top in Sanitation Survey 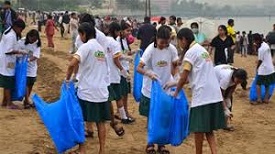 It was found that Kerala and Haryana topped the charts, as its almost all rural households had complete access to a toilet. Other cities like Bihar and Uttar Pradesh has least access to toilets compared to other states.

Survey was conducted by Quality Council of India (QCI), and released by Ministry of Drinking Water and Sanitation. 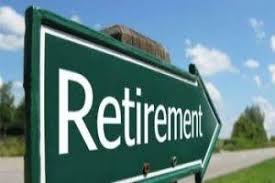 India was ranked at 41st place in ‘Material Well-being’, 43rd in Health, 39th in Finances and 43rd in Quality of Life. Norway, Switzerland, and Iceland topped the list among 43 countries.

The 43 countries comprise members of the Organization for Economic Co-operation and Development (OECD), International Monetary Fund (IMF) advanced economies and the BRIC countries.

Economic Survey released report, where it stated that India has become one of the most open economies in the world for receiving foreign direct investments (FDI) due to liberalisation measures.

The sectors who received highest FDI equity inflows were Services (finance, banking, insurance) with 19.9%, followed by telecommunication (12.8%), and computer software and hardware (8.4%). 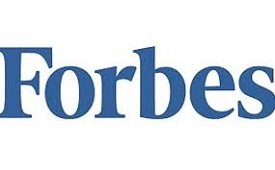 With respect to last list revealed, Salesforce.Com has replaced Tesla Motors scoring top position. It has been found that HUL and Asian Paints have moved up in their ranks to 7th and 8th respectively (from 31st and 18th last year), Bharti Airtel has entered the ranking at 78th position.

Forbes list is based on the difference between company’s market capitalisation and the net present value of cash flows from existing businesses and thus companies are ranked.

7 - The Economist named Melbourne as the 'World's Most Liveable City' 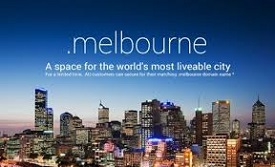 The Economist has named Melbourne as the world's most liveable city, receiving a perfect score for healthcare, education and infrastructure.

The Economist Intelligence Unit's (EIU) Liveability Index ranks 140 cities each year on those topics, as well as stability, culture and environment. It was a record seventh time in a row in the top spot for Melbourne.

Vienna was ranked second while Vancouver third. Toronto was ranked fourth followed by Adelaide and Calgary, Canada at fifth. 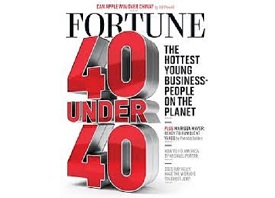 Five Indian-origin persons have featured in Fortune's annual list of 40 young and influential people in the field of business inspiring others with their work.

The list has been topped by 39-year-old French President Emmanuel Macron. Facebook founder Mark Zuckerberg is on the second spot.

9 - Emma Stone ranked as the Highest-Paid Actress of 2017 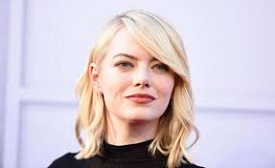 Academy Award winner Emma Stone has been named the highest-paid actor of the year 2017. The 28-year-old made $26m in the last 12 months.

She earned majority of her earnings from her Oscar-winning performance in the musical romance La La Land. Emma Stone won an Academy Award, a BAFTA Award, and a Golden Globe Award for Best Actress.

Jennifer Aniston with $25.5m was the second in the list. Jennifer Lawrence is in third place with $24m. 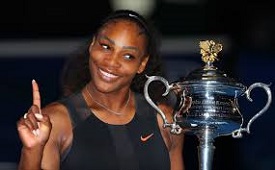 Forbes has ranked Serena Williams as the highest-paid female athlete of 2017. She has topped the rankings for the second year in a row. According to the Forbes reports, between June 2016 and June 2017, Williams earned $27 million.

Forbes has released a list of world's top 20 highest paid actors of 2017. Mark Wahlberg has been crowned as No. 1. Three Bollywood superstars are in top 10 list.

The Top 10 Highest Paid Actors in the List are: 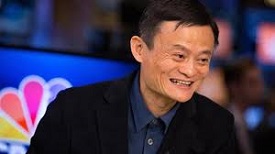 According to Forbes, founder of Alibaba, Mr. Jack Ma has been ranked on the top of the list of Asia's wealthiest people.

According to Forbes Real-time Billionaires List, Ma is now worth $37.4 billion. Jack Ma is currently the world’s eighteenth richest person.

Tencent's (TCEHY) Chairman Ma Huateng from China was ranked second with a $36.7 billion fortune. Jack Ma founded Alibaba in 1999. Alibaba is already bigger than the economies of Sweden, Poland, Iran, Norway, and Austria.