The ‘Aadi Perukku’ festival was celebrated at the bathing ghats of the Periyar River in Veerapandi and Uthamapalyam. It is celebrated to pay tribute to water's life-sustaining properties.

The Government of Telangana announced an agreement with Microsoft India to adopt cloud-based analytics for Rashtriya Bal Swasthya Karyakram, its health care screening program for children.

The state has also agreed to adopt Microsoft Intelligent Network for Eye-care (MINE), an AI platform to reduce avoidable blindness thereby becoming the first state in India to deploy artificial intelligence for eye-care screening. The process involved health screenings of school students, carried out by mobile health teams under the RBSK, under the National Health Mission. 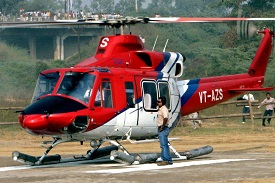 Bengaluru is set to have India’s first heli-taxi service. The Kempegowda International Airport will become the first airport in the country to have a helicopter-taxi (heli-taxi) service for those who cannot afford to spend time battling traffic to travel across the city.

5 - GMR to develop Greenfield International Airport at Mopa in Goa

The GMR Airports Limited has won the project through international competitive bidding process with highest revenue share of 36.99%. The project will operate in hybrid until model with 30% cross subsidy, and is to be implemented in four phases. The total estimated cost of Phase I of the project is Rs, 3,100 crores.

6 - Dawn of Cruise Tourism in India’ inaugurated in Mumbai 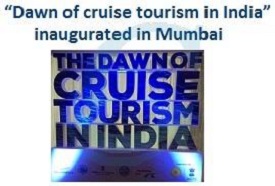 This initiative has a potential revenue gains of close to Rs. 35000 crore and number of cruise ships visiting India could go up from 158 per year to 955 per year.

India signed an agreement with Asian Infrastructure Investment Bank (AIIB) for a loan of US$329 million to build access roads to approximately 4,000 villages in all 33 districts of Gujarat.

This project will construct and upgrade district and farm-to-market roads for the villagers and provide approaches to educational institutions, schools and hospitals. This is a stand-alone financed project by AIIB and is a part of phase one of the multiphase Government of Gujarat’s "Chief Minister’s Rural Roads Program". 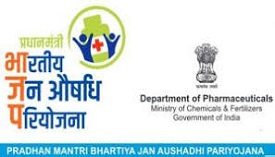 Union Minister of State for Road Transport presided over the Memorandum of Understanding (MoU) signing ceremony between the Union Government and the State Government of Uttar Pradesh for opening 1000 Pradhan Mantri Bhartiya Janaushadhi Pariyojana (PMBJP) Kendras in the State.

Under the PMBJP scheme, medicines and other medical items are being made available at affordable rates at Janaushadhi Kendras opened across the country. The number of medicines available under the scheme would soon be increased to 1000. Government of India is also giving financial assistance of up to Rs. 2,50,000 to those who open the Kendras under the scheme.

9 - Uttar Pradesh to be fully open defecation free by 2018

All 4480 villages on the bank of River Ganga in 52 districts and 5 states (Uttarakhand, Uttar Pradesh, Bihar, Jharkhand and West Bengal) were declared Open Defecation Free (ODF) under Namami Gange initiative held at Allahabad.

The Ganga Gram initiative would focus on better cleanliness and infrastructure facilities like Solid and Liquid Waste Management (SLWM), rejuvenation of ponds and water sources, water conservation projects, organic farming, crematorium and overall convergence with other government departments and projects. It has been decided that successful power plant would be selling electricity to the state from October 1 to June 30, 2018. It is done with aim to reduce the financial burden from power distribution companies and ensure effective distribution of domestic coal. 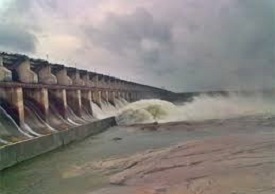 It is considered as an important project initiation by government because this will again increase storage capacity from 85 TMC feet to 112 TMC feet and cultivation ability from 5 lakh acres to about 16 lakh acres.

The project is based on Godavari River and has the potential to boost water supply to several districts in the State.

This drive will cover a total area of around 1,025 kms, passing through 108 blocks of 25 districts of UP from Bijnore to Ballia alongside the Ganga river.

Campaign was launched in Lucknow by CM Adityanath. Under this drive, more than one lakh Home guard volunteers will organize public gatherings and other awareness programs in the districts.

13 - NGT restricted use of Non-Biodegradable Plastic Bags in Delhi 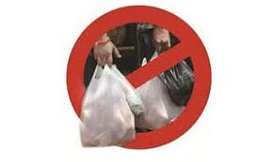 In order to save environment, National Green Tribunal restricted use of non-biodegradable plastic bags, which are less than 50 microns in Delhi. The decision was made by a bench headed by NGT chairperson Justice Swatanter.

The NGT directed the Delhi Pollution Control Committee to implement this ban with help from the municipal corporations, which are in charge of waste management. 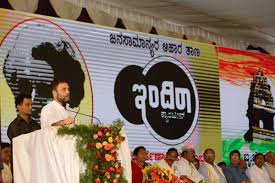 He appreciated the proposal of the state Government to open such Indira canteens in other parts of the state in the days to come. He asked the managers of the canteen to serve hygienic food and maintain quality. The canteens are lightly modelled on the late Tamil Nadu chief minister J. Jayalalithaa’s “Amma” canteens.

Students will have to register. NAMO-E-TAB stands for ‘New Avenues of Modern Education through Tablets’. Government has decided to spend money in building digital infrastructure in college campuses, earned from distributing such tablets. Religious Freedom Bill 2017 was passed by Jharkhand Assembly, to stop the forced conversions in the state. The anti-conversion bill will now move to Governor and further to the President for assent.

According to the bill, if a person converted is a minor, woman or a member of Scheduled Caste or Scheduled Tribe, one will be bound to face imprisonment of three years and fine of Rs 50,000 or both, and four year- imprisonment and Rs 1 lakh fine, or both. Sudden increase in Christian population was found in 2011 Census, where it rose to 14,18,608 as compared to 10,93,380 in 2001. 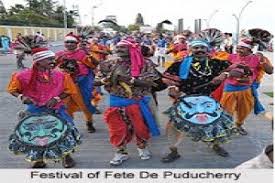 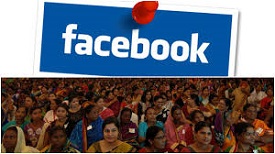 'She Means Business' is a unique program launched unanimously by Odisha Government and Facebook, to promote for women entrepreneurs in Odisha. It aims to train 25, 000 women entrepreneurs and self-help group (SHG) members, which will help them in enhancing their skills on digital marketing. Women will learn to start business in Facebook, quick respond to queries, ensure real time delivery and quality assurance.

Facebook will not only maintain a database of entrepreneurs in the state Odisha but also monitor their growth, turnover and profit yearly. 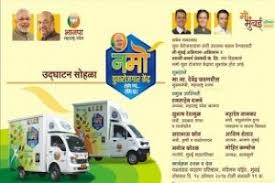 In order to provide employment opportunities to unemployed youth in Mumbai, Maharashtra government has decided to launch centers called as ‘Namo Yuva Rojgar Kendra’. It is named after Indian Prime Minister ‘NArendra MOdi’.

Yuva Rojgar Kendra’ will provide various products through Mobile vans pertaining to various schemes such as farmers weekly market, farmers mobile market and Mother’s Tiffin. Information about location of vans will be provided on an app. It will benefit farmers, as they will be free from the clutches of intermediaries. It is like farmer’s market on wheels.

20 - Odisha to launch Special Program to Prevent Spread of Malaria 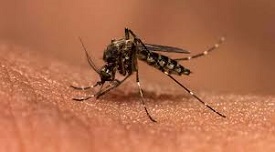 The Odisha government will launch a special programme to prevent the spread of malaria in remote areas of Ganjam district. The programme has been named as “Durgama Anchalare Malaria Nirakaran” (DAMON).

Over 135 remote villages have been identified under the jurisdiction of five community health centres as malaria prone areas. The government would hold as many as 103 camps in the next three months covering around 15000 people. 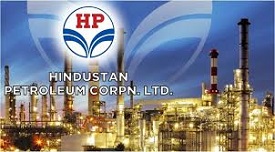 The Rajasthan government inked a joint venture agreement with Hindustan Petroleum Corporation Limited (HPCL) for Barmer petroleum refinery and petrochemical complex. In a new firm, HPCL Rajasthan Refinery Limited (HRRL), state government will have 26% and HPCL will have 74% of partnership.

Jammu and Kashmir government has set a target to cover over 1.21 lakh beneficiaries in first phase of Pradhan Mantri Awas Yojana (PMAY) in the state. The beneficiaries will be provided assistance for construction of dwelling units under the flagship Housing for All Scheme being implemented in 25 cities and towns across the state. 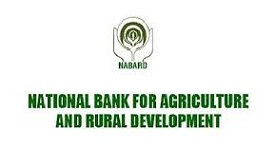 The National Bank of Agriculture and Rural Development (NABARD) has sanctioned a loan assistance of Rs. 1,349.55 crore to the Rajasthan government for creation of rural infrastructure in the state under the Rural Infrastructure Development Fund (RIDF).

An amount of Rs. 599.84 crore has been sanctioned for rehabilitation of 1,614 roads, covering all 33 districts of Rajasthan, Rs 469.54 crore for providing potable water to population of 419 villages of Jalore district and Rs 280.17 crore for rehabilitation and modernisation of 3 major irrigation projects located in Udaipur, Banswara and Dungarpur districts. 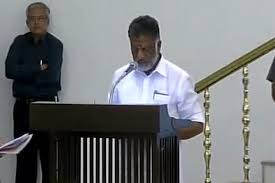 Former Tamil Nadu chief minister O. Panneerselvam (OPS) has been sworn in as the Deputy Chief Minister of the state after the two warring factions of the AIADMK - one led by Chief Minister E. Palanisamy (EPS) and the other by OPS - announced a merger.

OPS is also given the additional charge of Finance and Housing Ministry. 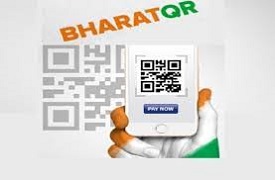 Bharat QR is a secure payment interface that allows customers to use their smartphones to make payments without providing information like card numbers and CVV. The Vizag Digital Dhan Sankalp project is an initiative spearheaded by the Government of Andhra Pradesh and Visa, to develop Visakhapatnam into India’s first “less–cash” city. Schools have collected around 1 crore kgs of e-waste for disposal. E-waste will be recycled scientifically at Earth Sense Recycling Company in Hyderabad.it is joint initiative of Kerala Infrastructure and Technology for Education (KITE) and Clean Kerala Company.

Jammu and Kashmir’s Rajouri district to have its first ecological park at about 34 acres of land. It will include a botanical garden, a cactus garden, a cafeteria and other facilities. It is termed as first of its kind project of the region. 34 acres of land include five acres of state land and property of the agriculture department from encroachers.

An Eco park is an area located in the interior of a population that is intended for lawns and gardens to reduce waste, promote a more sustainable lifestyle, generate jobs and reduce pollution. 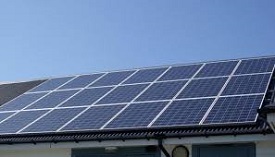 Odisha’s Chief Minister launched net-metering system based grid-connected rooftop solar project and web portal of the rooftop solar program. Under this initiative, people can install solar plants on their rooftops and consume the generated solar power during the daytime.

At the same time, excess power can be sold to the grid through service cables or could be exported through net-meter. Net meter is a special type of meter, which will be provided by the respective distribution companies.

Installation costs Rs 70,000 per kW, including 30% subsidy given by the state government. It is done with an aim to attain 2750-megawatt renewable energy capacity addition by 2022. 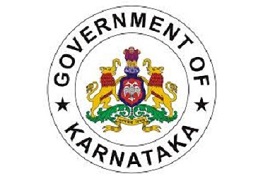 Karnataka Agriculture Department involved into an agreement with Microsoft India to build a special “farm price forecasting model” using latest IT tools in a bid to help farmers, administrators and other stakeholders to understand the market behavior in advance.

This model will be able to examine weather, rainfall and external factors that affect market behavior, thus forecasting the prices. It is considered first-of-its’s-kind in India. This model has predicted the price behavior of onion and tur dal, recently.