1 - China opened its first overseas Military base in Djibouti 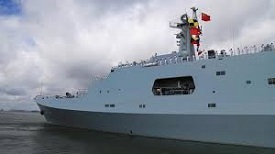 China formally opened its first overseas military base with a flag raising ceremony in Djibouti. China's agreement with Djibouti ensures its military presence in the country up until 2026, with a contingent of up to 10,000 soldiers. Djibouti also hosts troops from US, France and Japan.

Djibouti is a tiny barren nation sandwiched between Ethiopia, Eritrea and Somalia. It is at the southern entrance to the Red Sea on the route to the Suez Canal. 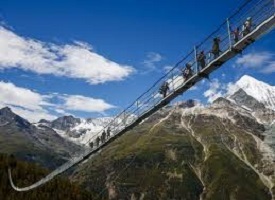 The world’s longest pedestrian suspension bridge has opened in Switzerland. The bridge named Charles Kuonen Suspension Bridge, in the Swiss Alps, is near the village of Randa.

The bridge is 494 metres long. It connects Grächen and Zermatt on the Europaweg foot trail. It is 65 cm wide and takes 10 minutes to cross.

The bridge is a steel construction. The engineers took just 10 weeks to erect the bridge. 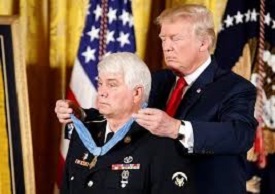 James McCloughan is set to become the first person to receive he Medal of Honor from President Donald Trump, America's highest military honor.

The Medal of Honor is given to Armed Forces members who distinguish themselves by going above and beyond the call of duty in battle. 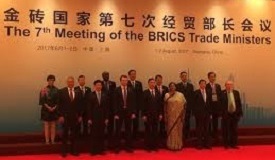 The 7th Meeting of BRICS Trade Ministers was held in Shanghai, China. A six-member delegation led by Commerce and Industry Minister Smt. Nirmala Sitharaman participated in the meetings. 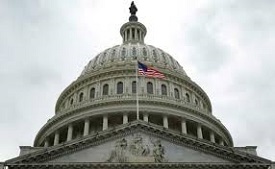 The United States Senate has unanimously confirmed three Indian-Americans to key government positions. The Senate confirmed Neil Chaterjee as a member of the Federal Energy Regulatory Commission and Vishal Amin as Intellectual Property (IP) Enforcement Coordinator in the Trump administration.

Krishna Urs was confirmed as the US ambassador to Peru. A career foreign service officer since 1986, Urs, after Nikki Haley, is the second Indian American to have been selected for an ambassadorial position by the administration. 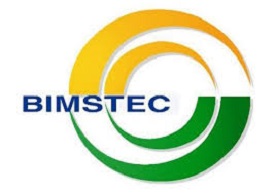 The 15th meeting of the Foreign Ministers of BIMSTEC countries was held in Kathmandu, Nepal. External Affairs Minister Sushma Swaraj represented India in the meeting.

The Bay of Bengal Initiative for Multi-Sectoral Technical and Economic Cooperation (BIMSTEC) is an international organisation involving a group of countries in South Asia and South East Asia dependent on the Bay of Bengal. These are: Bangladesh, India, Myanmar, Sri Lanka, Thailand, Bhutan and Nepal. 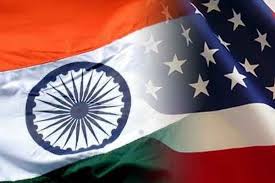 The US India Business Council leaders have launched a new forum on India-US ties called the US-India Strategic Partnership Forum (USISPF). USIBC had parted ways with the US Chambers of Commerce, alleging undue interference in its work.

The non-profit corporation is being set up to further enhance business relations between the two countries. The new representative body aims to promote bilateral trade and work on creating “meaningful opportunities that have the power to change the lives of citizens". 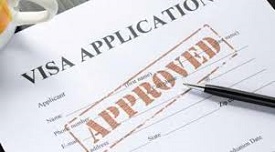 As per the existing FDI policy, a citizen of Pakistan or an entity incorporated in Pakistan can invest, only under government route in sectors other than defence, space and atomic energy. 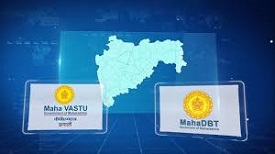 Maharashtra Government has launched two online portals called MahaDBT and MahaVASTU to streamline the process of direct benefit transfer (DBT) and to bring in more transparency in construction sector.

MahaDBT portal is an Aadhaar-authenticated electronic mechanism that will enable direct transfer of benefits for over 40 schemes currently implemented.

MahaVASTU portal is an online building permission management system, through which construction approvals will be sanctioned with full transparency. 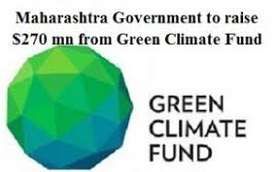 Maharashtra Government will raise $270 million from the Green Climate Fund with the help of the 2030 Water Resources Group (2030WRG). The funds will be invested in integrated watershed programmes such as Jalyukt Shivar Yojana.

The Green Climate Fund (GCF) is a new global fund created to support the efforts of developing countries to respond to the challenge of climate change. 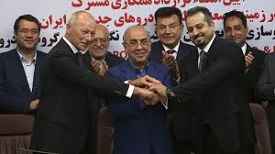 Iran signed the country’s biggest-ever car deal with French manufacturer Groupe Renault to produce 150,000 cars a year. The deal is worth 660 million or $778 million. Renault has a 60 per cent partnership in the deal.

The two Iranian companies involved are Industrial Development and Renovation Organization of Iran, and the privately owned Negin Group.

The deal follows the lifting of international sanctions after Iran's 2015 nuclear agreement with world powers. 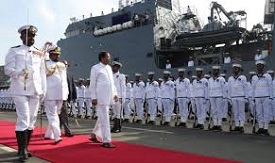 An Indian-built Advanced Offshore Patrol Vessel (AOPV) was commissioned by the Sri Lankan navy, named as “SLNS Sayurala”. It is considered as the first-ever purchase from a foreign ship builder, to boost its search and rescue capabilities.

Built at Goa Shipyard Ltd (GSL) in India, it is the largest vessel built by an Indian ship builder for a foreign navy.

It has been built for Sri Lanka, so that it can use this vessel in pollution control missions in Sri Lanka’s maritime zones for external fire-fighting missions. Various other applications could be such as policing, surveillance, reconnaissance, search and rescue. 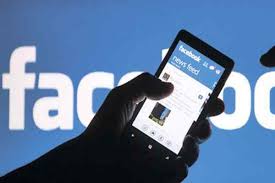 Facebook has designed video platform for creators and publishers and named as 'Watch'. It is built with an aim to build a community of passionate fans, and earn money for their work and talent related video editing and creations.

Various other features are added to this new platform such as ‘Personalization’, where one can discover new shows, organize around what one’s friends and communities are watching.

‘Watch’ will be available on mobile, on desktop and laptop and in TV apps. Facebook has also entered into an agreement with Major League Baseball to broadcast one live game per week. 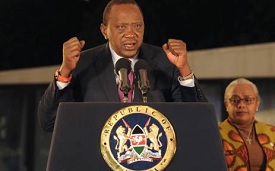 Uhuru Kenyatta was re-elected as President of Kenya with 54.27 per cent votes beating his rival Raifa Odinga who got 44.74 per cent of votes. However, elections were termed as fraud by some protestors, who claim that Mr. Odinga won 8.04 million votes, to 7.75 million votes for Mr. Kenyatta.

International observers appreciated the electoral commission’s conduct, as results were based on paper documents that were verified at polling stations and not on the electronic transmission of the votes. 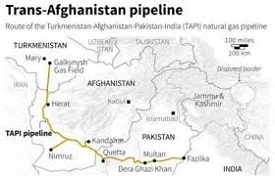 According to a decision taken during the sixth joint Inter-Governmental Committee (IGC) meeting on trade, economic, scientific and technological cooperation, India will host the next steering committee meeting of the proposed 1,814 kilometre-long Turkmenistan-Afghanistan-Pakistan-India (TAPI) gas pipeline.

The Turkmenistan–Afghanistan–Pakistan–India Pipeline (TAPI) is also known as Trans-Afghanistan Pipeline. It is a natural gas pipeline being developed by the Asian Development Bank. The pipeline will transport Caspian Sea natural gas from Turkmenistan through Afghanistan into Pakistan and then to India. 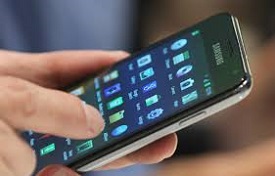 According to global leader in broadband testing Ookla, Norway has the fastest mobile Internet in the world.

The Netherlands and Hungary are ranked number two and three on the list of the world’s fastest mobile networks. According to their statistics, Norwegians’ mobile phone has the speed of 52.6 megabits per second.

Ookla created the popular application Speedtest.net, where the users can measure the speed of their Internet connection at any time.

The state government of South Australia has announced to build the world's biggest, single-tower solar thermal power plant with a proposed output of 150 megawatts.

The Aurora Solar Energy Project will be built and managed by Solar Reserve, one of the leaders in large-scale international solar thermal projects.

Aurora will be able to power an estimated 90,000 homes and generate 495 gigawatt hours of electricity per year. The project is expected to be ready to produce electricity by 2020. 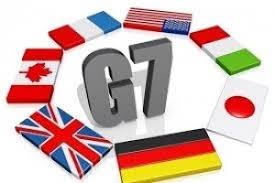 Italy will host a summit of Group of Seven Interior Ministers centered on security issues in the fall. Italy currently holds the rotating helm of the G-7 industrialised nations.

Since the start of 2015, Italy has expelled 199 foreigners suspected of being security threats after showing initial signs of radicalization but not reaching the attack plan stage.

The meeting is being organised at the request of Italy's G-7 partners- Canada, France, Germany, the United Kingdom, Japan and the United States. 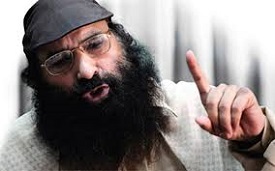 The US Department of State has named Pakistan-based Hizbul Mujahideen (HM) as a Foreign Terrorist Organisation and a Specially Designated Global Terrorist group. The group is blamed by India for a string of attacks in Kashmir since 1989.

The US had named the group’s 71-year-old leader Salahuddin alias Mohammad Yusuf Shah as a Specially Designated Global Terrorist on June 26. The Hizb joins the Jaish-e-Mohammad and Lashkar-e-Taiba on the US list of foreign terrorist organisations. 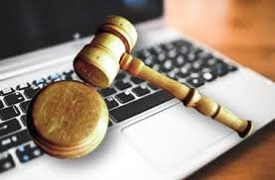 The Hangzhou Internet Court in Hangzhou, capital of east China’s Zhejiang Province will handle cases such as online trade disputes and copyright lawsuits. The cases handled by the court will be tried online.

Hangzhou is home to many Internet companies, including e-commerce giant Alibaba. China had about 751 million netizens and 724 million mobile Internet users as of the end of June. 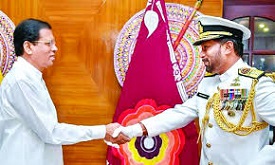 Sri Lanka appointed Rear Admiral Travis Sinniah as the chief of the country's naval forces. He, thus, became the first from the minority Tamil community to head the Navy since the brutal civil war erupted in the country 45 years ago. 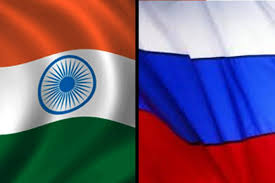 Russian President Vladimir Putin appointed career diplomat Nikolay Kudashev as Russia's new ambassador to India. He will succeed Alexander Kadakin who passed away on January 26 at the age of 67 years. Kadakin was a fluent Hindi speaker.

Mr Kudashev is currently the Deputy Director General Secretariat of the Ministry of foreign Affairs of Russia. Mr Kudashev was the Russian Ambassador to Micronesia and the Marshall Islands in 2014-2015. 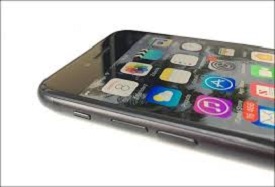 India has imposed anti-dumping duty on Chinese tempered glass, used for protecting mobile phone screens. The duty, which will be effective for five years, aims at protecting the domestic industry from cheaper imports.

The Revenue Department said that it has imposed anti-dumping duty in the range of 52.85 to 136.21 dollars per tonne on tempered glasses.

Investigations by the Directorate General of Anti-Dumping and Allied Duties (DGAD) had found that the tempered glass has been exported to India from China below its associated normal value. 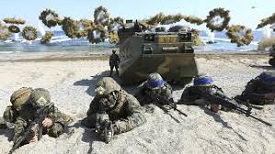 The US and South Korea conducted a 10-day computer-based annual joint military exercise. The joint exercises happen twice a year — once in March, again in August.

The August exercise — called Ulchi Freedom Guardian, or UFG — is a computer based simulation for unplanned events.

17,500 members of the U.S. military and nearly 50,000 service members from the South Korean military took part in the joint exercise.

Nepalese Prime Minister Sher bahadur Deuba was on four-day trip to India beginning August 23rd. It was his first trip abroad after assuming office in June. 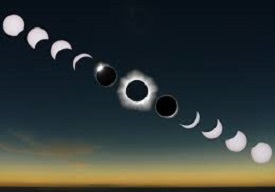 A total solar eclipse sailed across America from coast to coast for the first time, turning day into night in more than a dozen states.

The eclipse was named “The Great American Eclipse”. It made landfall in Lincoln Beach, Ore. at 10:16 p.m. PST and swiftly crossed the country in about 90 minutes, ending in South Carolina at 2:44 p.m. EDT.

Solar eclipses happen when the moon passes directly between the sun and the Earth and completely covers the entire face of the Sun.

A Festival of India is being organized in Brazil from 31 August-9 September 2017. The Festival will showcase diverse Indian culture, i.e. classical dances, literature, cuisine and Exhibition on Mahatma Gandhi.

Events like Bharatnatyam Dance, Kathak Dance, Indian Food Festival, Literary Festival and Exhibition on Mahatma Gandhi will be held in the cities of Brasilia, Sao Paulo and Rio de Janeiro. 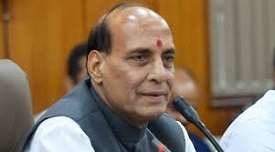 The meeting approved the draft action plan for 2018-2019 for the implementation of the agreement between the governments of the SCO member states on cooperation in providing assistance in the elimination of emergency situations.

SCO was founded in 2001 and the member countries are: China, Kazakhstan, Kyrgyz Republic, Russia, Tajikistan, Uzbekistan, India, and Pakistan.

29 - Ex-PM flees Thailand ahead of verdict 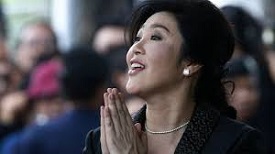 Yingluck, who became Thailand's first female Prime Minister when her party swept elections in 2011, is accused of negligence in overseeing a money-losing rice subsidy program. She has denied charges as politically motivated.

Yingluck never appeared in court, and a judge read out a statement saying her lawyers had informed the court she could not attend because of an earache. The judge postponed the trial until September 27.

30 - US imposed financial sanctions on Venezuela

The United States slapped strong financial sanctions on Venezuela, barring banks from any new deals with the government.

US had previously sanctioned Venezuelan President Nicolas Maduro alleging that his administration has attempted to undermine democracy and the rule of law in Venezuela.