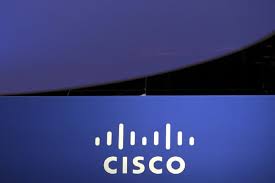 Networking giant Cisco has appointed Sameer Garde as President for India and SAARC. He succeeds Dinesh Malkani who is leaving the company to pursue other opportunities.

Garde will be responsible for Cisco's senior-level external engagement, including those with government and industry associations.

Prior to joining Cisco, Sameer was working with Philips Healthcare as its President for South Asia. He has worked with Dell India for nine years and then joined Samsung for a year. 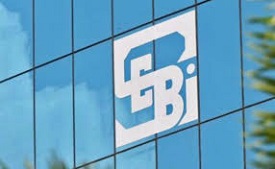 Market Regulator SEBI (Securities and Exchange board of India) has approved the appointment of Dhirendra Swarup as the new Chairman of Bombay Stock Exchange (BSE). Swarup replaces incumbent Sudhakar Rao.

Swarup was a public interest director at the BSE. He was the former Chairman of the Pension Funds Regulatory and Development Authority (PFRDA) and more than our decades of experience across finance.

He was also the Chairman of the Cash and Debt Management Committee of the Reserve Bank of India (RBI) from 2000 to 2003.

The US Senate has confirmed Christopher Wray to lead the FBI. He will replace James Comey. The vote was 92-5 for Wray.

Mr. Wray was hired as a federal prosecutor in Atlanta in 1997 and left the Justice Department in 2005 after rising to the head of the criminal division as an assistant attorney general. 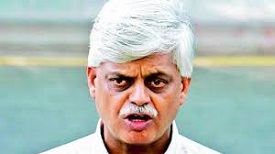 Sanjaya Baru has been named new secretary general of the Federation of Indian Chambers of Commerce and Industry (FICCI). He will assume the charge from September 1 and will replace A Didar Singh. Mr Singh would continue at the body as a strategic advisor to the President of FICCI, Mr Pankaj Patel.

Sanjaya Baru was media advisor and chief spokesperson to former Prime Minister Manmohan Singh, a role in which he served from May 2004 until August 2008.

Payback India has appointed Gautam Kaushik as the new Chief Executive Officer. He will be responsible for the India operations and lead all the critical business areas including Strategic Business Planning and Development, Partner Management & Acquisitions and Customer Engagement.

His primary focus would be towards driving engagement through new touch points. Prior to joining PAYBACK, Gautam was working with American Express (AMEX) as Vice President (VP) and Chief Financial Officer (CFO). 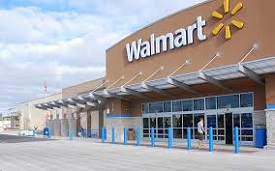 Prior to joining Walmart, Chawla was working as CEO for Future Consumer, a part of Kishore Biyani-led Future Group. He has 22 years of experience in retail, FMCG and Operations.

According to a Department of Personnel and Training (DoPT) order, the Appointments Committee of the Cabinet has approved the appointment of Mohammad Mustafa as the Chairman and Managing Director of Small Industries Development Bank of India (SIDBI) for a period of three years.

Mohammad Mustafa is a 1995 batch IAS officer. Prior to this appointment, Mustafa was Joint Secretary in the Department of Financial Services (DFS) in the Finance Ministry.

The ACC also appointed Dr. Vinod K. Paul as Member, NITI Aayog, until further orders, on the same terms and conditions as are applicable to the other full-time Members of the NITI Aayog. 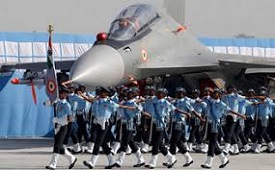 Air Marshal HN Bhagwat AVSM VM was commissioned in Administrative branch of the IAF in Jun 1981. The Air Officer is a graduate of Defence Services Staff College, Wellington and has undergone Higher Air Command Course at College of Air Warfare, Hyderabad. He was awarded Vayu Sena Medal by the President of India in 2005 for his contributions to paratrooping field.

Prabhat Kumar was Director General, in-charge of the Energy Security and Investment and Technology Promotion Division in the Ministry of External Affairs. He was also earlier posted to the Permanent Mission of India to the conference of disarmament in Geneva. He also served in the Indian Embassies of Nepal, Croatia and Spain.

11 - Prasoon Joshi appointed Chairperson of Central Board of Film Certification 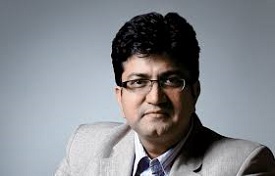 In exercise of the powers conferred by sub-section (1) of section 3 of the Cinematograph Act, 1952 (37 of 1952) read with rule 3 of the Cinematograph (Certification) Rules, 1983, the Central Government appointed Mr. Prasoon Joshi as Chairperson of the Central Board of Film Certification in an honorary capacity from 11th August, 2017 for a period of three years or until further orders, whichever is earlier. He replaced Pahlaj Nihalani.

Prasoon Joshi is a lyricist and has written songs for movies such as Lajja, Fanaa, Rang De Basanti, Taare Zameen Par, Black and Delhi 6 among others. 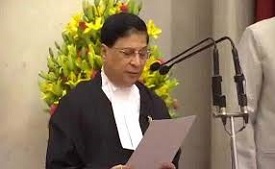 Justice Dipak Misra is senior most judge and the third person from Odisha to be appointed the Chief Justice of India, after Justices Ranganath Misra and G B Pattanaik. Justice Misra will have a tenure of nearly 13 months. 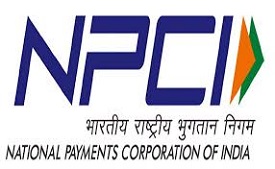 Dilip Asbe was selected as Acting Chief Executive of NPCI in place of A. P. Hota, who retired. Asbe had worked as the MD of NPCI since its inception retired on August 10.

At present, Asbe serves as the organisations’ chief operating officer and will resume in the same designation, but will also act as the chief executive for all digital payments in the country.

Mr. Vinay Dube, an American National, was appointed as Chief Executive Officer of Jet Airways. Mr. Dube has a demonstrable track record of leadership in varied roles at Delta Airlines Inc., Sabre, Inc., and American Airlines in the USA, Europe and Asia.

During his tenure in Asia, Vinay Dube has turned around the Asia Pacific markets, restructured the network, established strategic partnerships, worked extensively on brand-building and successfully brought about a transformation in the work culture of his teams. Dube headed the region as Business Head with P&L responsibility and was also a Board Observer at China Eastern. 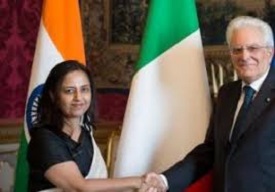 She has worked in Indian Missions abroad including Moscow, Kyiv, Washingtron, Colombo, New York, and Geneva. 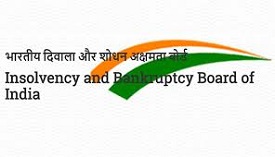 Dr. Suri has obtained her Ph.D. in Finance from University of Delhi and M. Sc. in Insurance Risk and Management from City University, London.

Tata Motors has appointed Mr. P B Balaji as the new Chief Financial Officer. Mr. Balaji is a global finance professional with over two decades of experience in the corporate sector. He started his career with Unilever in 1995. 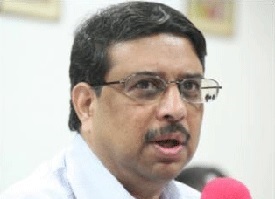 Former IAS officer I. V. Subba Rao was appointed by Appointments Committee of the Cabinet, as secretary to Vice President M Venkaiah Naidu, for a period of two years.

Another appointment was 2006 batch IAS officer N Yuvaraj as private secretary to Naidu.

Subba Rao is a retired IAS officer of Andhra Pradesh cadre of 1979 batch. He has experience of handling various positions in Andhra Pradesh and later served the UNESCO. Export-Import Bank of India is the finance institution of India that seeks to build value by integrating foreign trade and investment with the economic rise of India. It was established in 1982 by Government of India, headquartered in Mumbai. 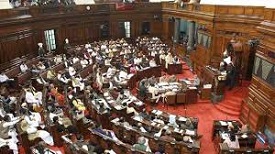 Public broadcaster Prasar Bharati’s CEO Shashi Shekhar Vempati was assigned additional duties as the chief of Rajya Sabha TV. Rajya Sabha TV is owned and operated by Rajya Sabha and covers the live proceedings of the upper house of the Parliament.

The appointment came after resignation of Gurdeep Singh Sappal who has been serving as the CEO and editor-in-chief of Rajya Sabha TV.

Vempati has working experience as a CEO of a digital media company Niti Digital. He is first non-Indian Administrative Service (IAS) officer ever to head the public broadcaster. 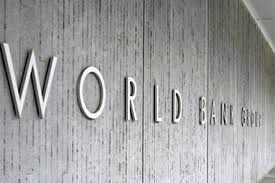 S. Aparna is appointed in place of Subhash Garg, who was recently appointed Economic Affairs Secretary, Ministry of Finance. S. Aparna was nominated by Appointments Committee of the Cabinet, for the said appointment.

S. Aparna has handled various roles in the past, such as Principal Secretary, Economic Affairs, Surat Municipal Commissioner and Joint Secretary at urban development at centre. 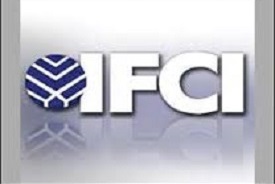 E. Sankara Rao was appointed as new Managing Director & CEO in IFCI Ltd for a period of 3 years, by Appointments Committee of Cabinet. He had previously served as Chief General Manager at India Infrastructure Finance Company Ltd.

At present, he is also holding charge of a director and chief executive officer at IIFCL Asset Management Company Ltd.

Industrial Finance Corporation of India, is an Indian government owned development bank to meet the long-term financial needs of the industrial sector.

Appointments Committee of the Cabinet appointed Santosh Sharma as Chairman and Managing Director of Hindustan Coper Limited. Prior to this, he was Director (Operations) in the HCL.

Hindustan Copper Limited (HCL), a public sector undertaking under the administrative control of the Ministry of Mines. 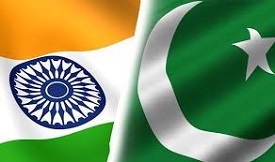 Sohail Mahmood has taken charge as the Pakistan's High Commissioner to India. He succeeds Abdul Basit who announced retirement.

Mahmood joined Pakistan's Foreign Service in 1985. He was earlier deputed in Turkey as Ambassador of Pakistan. He had also discharged his responsibilities in Islamabad's diplomatic mission in Washington, New York and Bangkok.

General Motors India has appointed Sanjiv Gupta as the new President and Managing Director of the company. Mr Gupta is currently the Chief Financial Officer of the company.

Incumbent President and Managing Director Kaher Kazem will hand over the reins of the company to Gupta effective 1 September.

Kazem has been appointed as the President and CEO of GM Korea. Gupta will combine his role as GM India President and Managing Director with his finance leadership responsibilities. 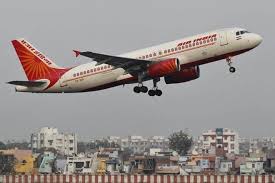 The Union Government has been given additional charge of Chairman and Managing Director of Air India to Additional Secretary and Financial Advisor in Petroleum Ministry, Rajiv Bansal.

This action came following the appointment of incumbent Ashwani Lohani as the new Chairman of Railway Board. Mr. Bansal has been given charge for a period of three months.

Bansal is a 1988 batch IAS officer from the Nagaland cadre. 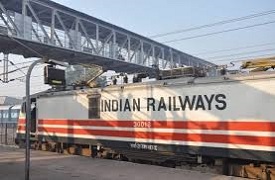 The Appointments Committee of the Cabinet has appointed Ashwani Lohani as the new Chairman of Railway Board. He is presently serving as the Chairman and Managing Director of Air India.

Incumbent Railway Board Chairman A K Mittal resigned owning moral responsibility for Muzzafarnagar train accident which had claimed over 20 lives. According to an order issued by the Department of Personnel and Training, the Appointments Committee of the Cabinet has appointed Ajay Vipin Nanavati as the new Chairman of Syndicate Bank.

Mr Nanavati has been appointed as non-official director/non-executive chairman of Syndicate Bank for three years. As the Chairman of the Bank, he would be responsible for overall policy directions.

Melwyn Rego is the Managing Director and Chief Executive Officer of Syndicate Bank. 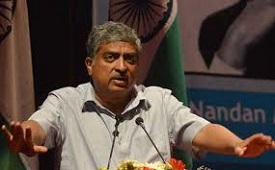 Nandan Nilekani was appointed as new chairman of Infosys, replacing R Seshasayee who resigned as chairman of the board. Nandan Nilekani is the Co-founder and Chairman of EkStep, a not-for-profit effort to create a learner centric, technology based platform.

Nilekani was Chairman of the Unique Identification Authority of India and co-chairman of Infosys Technologies Limited, which he co-founded in 1981.

He was honoured with Asia’s Businessman of the year 2003 by Fortune Magazine. Foreign Policy magazine included him in the list the Top 100 Global thinkers in 2010.