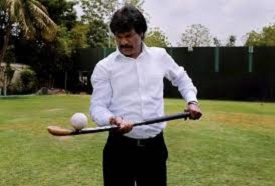 Pillay also received the Rajiv Gandhi Khel Ratna award for his remarkable performance in 1999-2000. India’s hockey team won the Asian Games in 2002 under his captaincy. 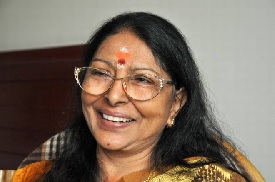 Veteran actor and national award winner Sharada has been selected for Prem Nazir Award 2017. The award carries a cash prize of Rs 75,000, a statuette and a citation.

Sharada had won three national awards with the first being for her performance in 1968 tragedy film 'Thulabharam'.

She also won the award for Swayamvaram (1972, Malayalam) and Nimajjanam (1978, Telugu). She has acted in several Telugu, Malayalam and Tamil films. 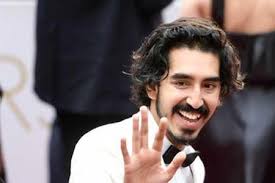 Every year, Asia announces awardees of the Asia Game Changer Awards, which recognize those making a transformative and positive difference for the future of Asia and the world.

Indian-origin actor of movie Slumdog millionaire, Dev Patel was felicitated with the award for making a “transformative and positive” difference for the future of Asia and the world.

Various other recipients were, a trailblazing CEO changing urban life in China, a Hollywood star building bridges between India and the world, and an environmentalist placing his life on the line to stop deforestation in his native country. 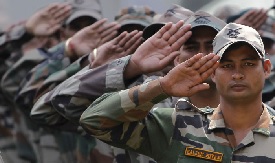 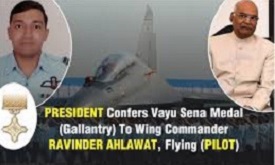 On 26 Jul 16, Wg Cdr Ravinder Ahlawat was authorized to carry out a 'Range Instructional Technique' (RIT) sortie over Pokharan Range at 500 ft above ground level at high speeds but the aircraft experienced a Bird Hit. Bird hit damaged his eye and other body parts leading to extreme bleeding.

Despite injuries, he took all the emergency actions correctly to save the aircraft and villagers in close vicinity of the Pokharan range and executed a safe landing on the nearest Air Force Base. For this act of gallantry, Wing Commander Ravinder Ahlawat was awarded Vayu Sena Medal (Gallantry). 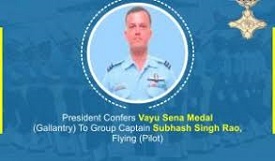 On 10 Oct 2016, Wing Commander Subhash Singh Rao, was detailed for an Air Test sortie. After an uneventful sortie, he was informed that the starboard main wheel of his aircraft was misaligned. This abnormality, would have resulted in pilot abandoning the aircraft through ejection. 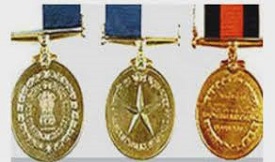 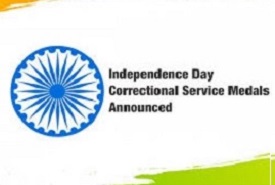 The President of India has approved the conferment of Correctional Service Medals to 20 prison personnel on the occasion of Independence Day, 2017. 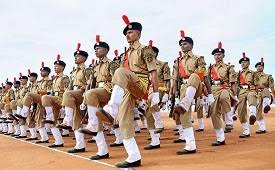 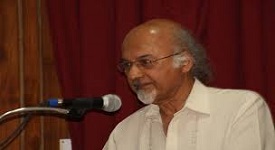 Kesari Media Award, meant to honour famous journalists, was honoured to famous journalist T J S George. Awardee was given a sum of Rs 50,000, citation and a statuette designed by renowned artist Bhatathiri.

Thayil Jacob Sony George, well known as TJS George, is a writer and biographer who was honoured with Padma Bhushan award in 2011. 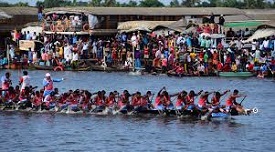 They were honoured because the members of Ernakulam–based boat club let dipped their oars in unison, leading the majestic chundan (snake boat) to the finish line, against other competitors.

20 snake boats termed as ‘Chundan vallam’ participated in the event, and faced 5 stages of competition. 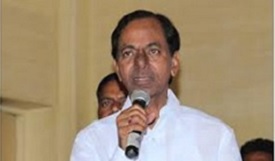 Telangana Chief Minister Sri K. Chandrashekar Rao has been selected for the prestigious Agriculture Leadership Award-2017 for his innovative and yeoman services being rendered for the welfare of farmers and farm sector.

The award is instituted by Indian Council of Food and Agriculture in 2008 and is presented every year since then. 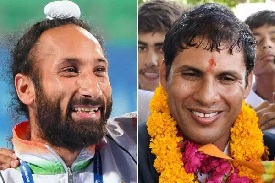 Apart from a medal and a citation, the awardee will receive a cash prize of Rs. 7.5 lakh.

The Union Government announced the Dronacharya Awards 2017. The Award is given for coaches for producing medal winners at prestigious International sports events.

Apart from a medal and a citation, the awardee will receive a cash prize of Rs. 5 lakh. The list of winners − 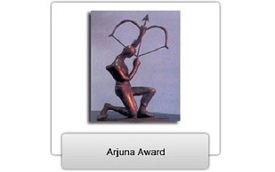 The Union Government announced the Arjuna Awards 2017. The Award is given for consistent outstanding performance for four years. Apart from a medal and a citation, the awardee will receive a cash prize of Rs. 5 lakh.

The Union Government announced the Dhyan Chand Award 2017. The Award is given for life time contribution to sports development.

Apart from a medal and a citation, the awardee will receive a cash prize of Rs. 5 lakh.