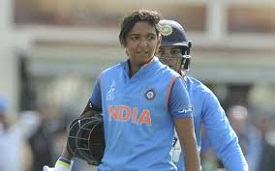 The punjba state government has initiated the process of inducting cricketer Harmanpreet Kaur as a DSP in the state police. She is currently working in the Railways.

Kaur scored 171 not out from 115 balls in the semi-final against Australia and steered India into the ICC Women’s World Cup final.

The State Government also handed over a Rs 5 lakh cheque to Kaur.The state police would also set up a cricket team in the police department. 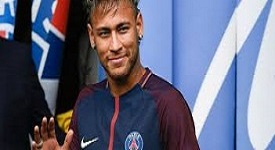 Brazilian footballer Neymar Jr became the most expensive footballer in transfer history after his record transfer for a staggering €222 million ($262,821,000) from Spanish team FC Barcelona to Paris Saint-Germain for a five-year deal.

He smashed the record for most expensive football player (soccer player), single transfer. The 25-year-old will earn Rs6.5 crore-a-week before tax. 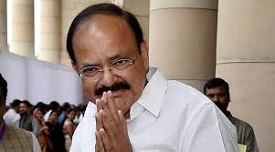 M Venkaiah Naidu was sworn in as the 15th Vice President of the nation. He is the 13th person to hold the constitutional post. He was administered the oath of office by President Ramnath Kovind. He defeated opposition candidate Gopal Krishna Gandhi.

Mr Naidu has served as BJP president, minister in various portfolios and a long-time Rajya Sabha member. He joined ABVP in 1973 as a student leader. 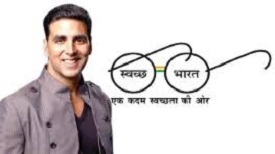 The Uttar Pradesh state government has appointed Bollywood actor Akshay Kumar as the brand ambassador of the Swachh Bharat Mission in the state.

The UP government has set a mission to make 30 districts ODF by December 31 and the entire state by October 2, 2018.

Akshay Kumar is a national award-winning actor. He promised to proactively-work towards making UP the open defecation free (ODF) state. 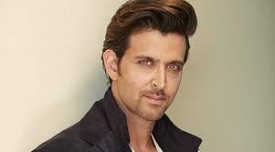 Health and wellness start-up Cure.fit signed Hrithik Roshan as its brand ambassador in a deal worth Rs. 100 crore. The deal is inked for 5 years.

The deal of Rs. 100 crore includes actor’s equity stake in the company in lieu of cash investment, promotions and royalty from his personal brand HRX.

Actor Hrithik Roshan will endorse Cure.fit’s philosophy of a healthy lifestyle. Curefit will also launch mobile app and take up its business to Rs 250-crore annual business in the near future. 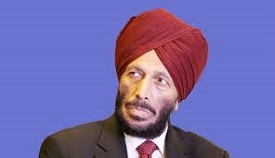 As WHO Goodwill Ambassador, Mr Milkha Singh will promote WHO South-East Asia Region’s NCD Prevention and Control Action Plan, which seeks to reduce the level of insufficient physical activity by 10% and NCDs by 25% by 2025.

World Health Organization has been advising for physical activity as a “best buy” intervention for reducing the risk of deaths due to NCDs (non-communicable diseases).

Holocaust survivor of Israel, Yisrael Kristal passed away at the age of 113. He was certified by Guinness World Records as the world’s oldest man. Yisrael Kristal survived through both world wars and the Auschwitz concentration camp. He was born near the town of Żarnów in Poland in 1903.

Kristal was the only survivor of his large family in the 2nd World War. His first wife and two children were killed in the Holocaust. 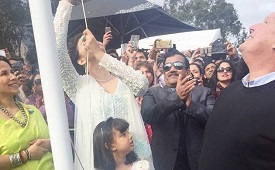 Indian actor Aishwarya Rai Bachchan hoisted the Indian national flag at the Indian Film Festival of Melbourne, on 70th year of India's Independence. With this, she became the first woman to hoist flag at IIFM.

IIFM is the annual celebration of film from India and the subcontinent.

Aishwarya Rai Bachchan was honoured with Excellence in Global Cinema Award at the 80th edition of Indian Film Festival Melbourne 2017. 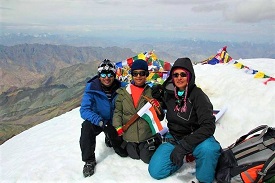 It is not considered as ideals for beginners. Kaamya completed the expedition just 3 days before she turned 10, on August 7, to create history of becoming youngest Indian to climb 6,153m mountain.

Stok Kangri is the highest mountain in the Stok Range of the Himalayas in the Ladakh region of northwest India. 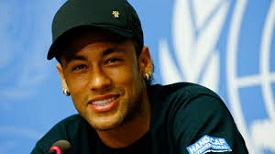 Neymar has become a goodwill ambassador for Handicap International pledging to work for millions who are “less visible” but deserve equality.

The charity was founded in 1982 to assist 6,000 Cambodian refugees who had lost limbs and later co-founded the International Campaign to Ban Landmines (ICBL) in 1992 which won the Nobel Peace Prize.

The Brazilian forward was in news recently when his 222 million-euro ($259.72M) record signing from Barcelona this month doubled the world- record transit fee. 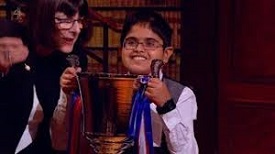 A 12-year-old Indian-origin boy, Rahul Doshi, from north London has won the "Child Genius" show broadcast by UK’s Channel 4. He got all 14 of his questions correct in the first round of the latest series of the show.

He answered 14 questions out of 15 correctly. He beat his nine-year-old opponent, Ronan, 10-4 in the programme’s finale.

He has an IQ of 162, which is believed to be higher than the likes of Albert Einstein and Stephen Hawking. 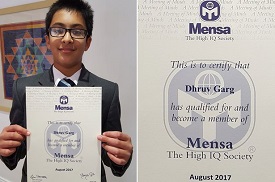 A 13-year-old Indian-origin boy, Dhruv Garg, in the UK has the highest possible score of 162 on a Mensa IQ test, placing him in the top 1% people in the world who achieved this feat.

Dhruv achieved 162 in his entry IQ test - the maximum possible, which places him in the top 1% of people in the world.

He also scored the highest mark in the second test, known as the Culture Fair scale, getting 152. Dhruv Garg was looking for something to occupy his time during the summer holidays so decided to try out for the intellectual society.