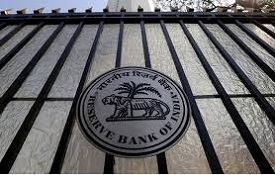 The Reserve Bank of India in its 3rd bi-monthly monetary policy decision of FY 2017-18 reduced the Repo Rate under the Liquidity Adjustment Facility by 25 basis points from 6.25% to 6.0%.

The reverse repo rate under the LAF stands adjusted to 5.75%, and the marginal standing facility (MSF) rate and the Bank Rate to 6.25%.

The MPC also decided to keep the policy stance neutral in consonance with the objective of achieving the medium-term target for consumer price index inflation of 4%. Despite a cut in the benchmark lending rate, RBI retained its GDP forecast to 7.3%.

2 - Airtel Payment Bank ties up with HPCL for ATM services 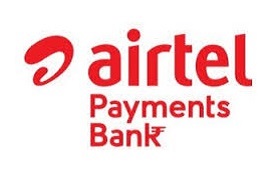 Customers can avail of services like opening new accounts, make cash deposits and withdrawals facility, and transfer money at these fuel stations.

The customers of Airtel Payments Bank will also be able to make secure and convenient digital payments for fuel purchases across these fuel outlets by using their mobile phones. 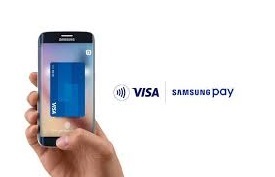 Samsung India announced that its flagship mobile payments service Samsung Pay will now be available for higher variants of SBI Debit Card, offering 130 million State Bank of India customers an opportunity to tap and pay on the go while using a wide range of Samsung smartphones.

This collaboration turns the Samsung smartphones into electronic card-holders and users can pay at point-of-sale (PoS) terminals with just a tap on the cards stored in Samsung Pay. 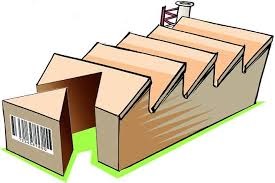 The government had raised about eight thousand 500 crore rupees through the three tranches of CPSE Exchange Traded Fund last fiscal.

ICICI Prudential AMC will be the ETF Manager and Asia Index Private Limited will be the Index Provider. The index will be rebalanced annually.

ETF functions like a mutual fund scheme and is bought by investors as units. Bharat-22 will have a diversified portfolio of six sectors, including energy, FMCG, finance, basic material and industrial and utilities. 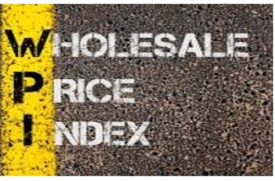 The Government has revised the base year of All-India Wholesale Price Index (WPI) from 2004-05 to 2011-12 in line to Gross Domestic Product (GDP) and Index of Industrial Production (IIP).

Some of the salient features and improvements are: 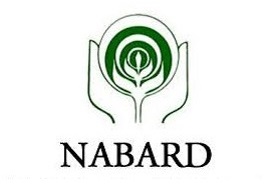 As per information compiled by National Bank for Agriculture and Rural Development (NABARD), as on 31st March 2017, 85.77 lakh Self Help Groups (SHGs) have saving deposits of over Rs. 16,114 crore with banks. It is estimated that these SHGs cover more than 10 crore rural households.

70% of the total savings of the groups are used for internal lending of the groups. During the last three years, Rs. 94934 crore has been disbursed as loans to Women SHGs at 7% interest per annum with interest incentive of 3% payable on prompt repayment reducing the effective interest to 4% per annum. 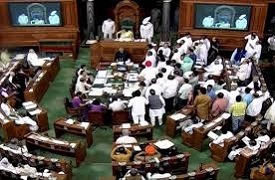 The Lok Sabha has passed the National Bank for Agriculture and Rural Development (Amendment) Bill, 2017 to enable exit of RBI from NABARD and increase authorised capital of the development institution from Rs 5,000 crore to Rs 30,000 crore.

RBI currently holds 0.4% of the paid-up capital of NABARD and the remaining 99.6% is held by the central government.

The Bill also seeks to amend certain clauses in the light of reference of the Micro, Small and Medium Enterprises Development Act, 2006 and the Companies Act, 2013 in the proposed legislation. 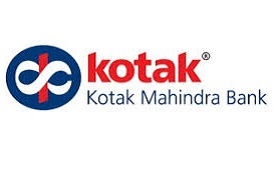 The Bank has partnered with Earthport Plc, the leading network for cross-border payments, to transfer money seamlessly across the world. A customer can remit up to USD 25,000 or equivalent per financial year through Kotak Remit. Users will receive a notification at every stage of the transaction process. 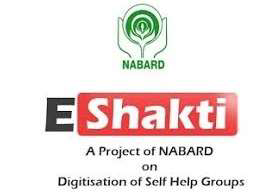 e-Shakti is a pilot project of National Bank for Agriculture and Rural Development (NABARD) for digitisation of Self Help Groups (SHGs).

It was initiated to address certain concerns like improving the quality of book keeping of SHGs and to enable banks to take informed credit decisions about the group through a Management Information System (MIS). 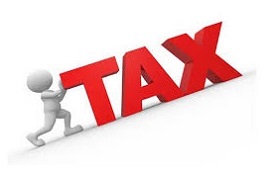 The Direct Tax collections up to July, 2017 in the Current Financial Year 2017-18 stands at Rs. 1.90 lakh crore which is 19.1% higher than the net collections for the corresponding period of last year.

The growth rate for Corporate Income Tax is 7.2% while that for Personal Income Tax (including STT) is 17.5%. 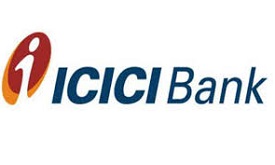 ICICI Bank, India’s largest private sector bank announced the launch of instant credit cards. This first-of-its-kind offering in the Indian banking industry enables the savings account customers of the Bank to get a credit card instantly, in a completely digital and paperless manner.

This new offering enables pre-qualified customers to instantly get the credit card number and other important details online, with a credit limit of up to Rs 4 lakh based on pre-checked bureau scores. Currently, this facility to apply for a credit card in–a-flash is available through the Bank’s internet banking platform. 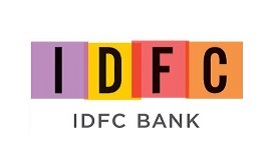 IDFC Bank has partnered with Zeta, a leader in the digitized employee benefits space, to launch ‘IDFC Bank Benefits’ - an innovative solution for corporates that digitizes employee spends and claims, making the process simple, real-time and paperless.

The IDFC Bank Benefits Card, powered by Zeta, bundles all employee benefits into a single card. The Benefits Card and Zeta app enhances user experience as it places convenience and flexibility in the hands of the employee, while enabling employers to digitally review and manage reimbursements. 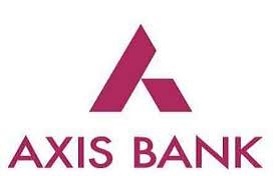 Private lender Axis Bank reduced interest rate on savings bank accounts by 50 basis points to 3.5 per cent for deposits up to Rs 50 lakh.

Recently, State bank of India also reduced interest rates to 3.5% for deposits up to 1 crore. Axis Bank is the fourth lender to reduce the interest rate, after SBI, Bank of Baroda and Karnataka Bank. 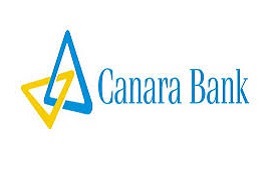 Bharat QR Code works on the model of Paytm, wherein the customer scans the QR code of the merchandise and then transfers the money from his/her wallet.

Bharat QR Code involves low cost and an excellent collaborative approach by the payment networks. BBPS is designed to function as a tiered structure for operating the bill payment system in the country with a single brand image providing convenience of ‘anytime anywhere’ bill payment to customers. 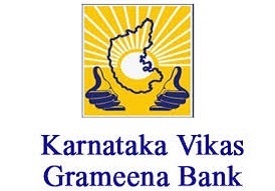 National Bank for Agriculture and Rural Development (NABARD) has conferred the "best performance award" for 2015-16 and 2016-17 to Karnataka Vikas Grameen Bank (KVGB) for its work in the field of credit-linking joint liability groups (JLGs). 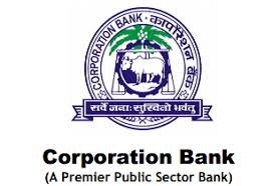 Corporation Bank has bagged the best performance awards for SHG-bank linkage programme for Karnataka for 2015-16 and 2016-17 from National Bank for Agriculture and Rural Development (NABARD).

The bank was given the award for its overall performance under SHG-bank linkage programme for 2015-16 and 2016-17 among commercial banks operating in Karnataka. The bank has formed more than 1.32 lakh self-help groups (SHGs) till date. 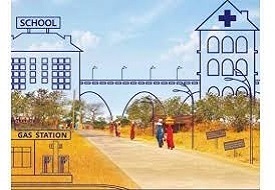 State Bank of India launched its integrated CSR initiative SBI GRAM SEVA under SBI Foundation that aims to reach to maximum of 100 Gram Panchayats covering approximately 500 villages across India by 2021.

As a part of the initiative, the bank will work in the areas of health, education, environment and rural infrastructure.

The SBI Foundation will identify and partner with NGOs to carry out CSR initiatives. 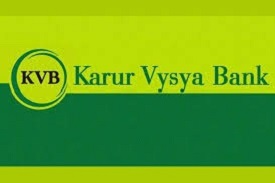 Karur Vysya Bank is the first private sector bank to provide Aadhaar Enrolment Centre service in the country as part of the Unique Identification Authority of India advisory to commercial banks to provide Aadhaar enrolment and updation facility at various branches in its July 13 notification.

Karur Vysya Bank unveiled the first Aadhaar Enrolment Centre in Chennai. Customers need to bring in the approved documents as proof of residence and identity. 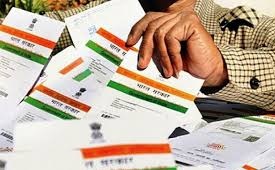 The Reserve Bank of India (RBI) has asked banks to make Aadhaar cards linkage mandatory for farmers to avail short-term crop loans in 2017-18. The move would ensure hassle-free benefits to farmers under the Interest Subvention Scheme.

RBI has clarified that farmers can avail of short-term crop loans of up to 3 lakh rupees at subsidised interest rate of 7%. Further, farmers who repay the loan in time will be provided an additional interest subvention of 3%. 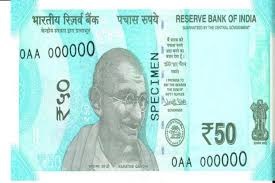 RBI will issue new banknotes of Rs 50 denomination in the Mahatma Gandhi (New) Series. The base colour of the new notes will be fluorescent blue and its dimension will be 66 mm x 135 mm.

The new note will have a motif of Hampi with Chariot on the reverse, depicting the country’s cultural heritage along with the Swachh Bharat logo, year of printing, numeral 50 in devnagiri and the language panel.

It will have Mahatma Gandhi’s portrait at the Centre and a see-through register with denominational numeral 50.

The first regional centre of the New Development Bank, set up by India and other BRICS nations, was officially opened at Johannesburg by South African President Jacob Zuma and the bank's Indian Head K V Kamath.

The New Development Bank (NDB), formerly referred to as the BRICS Development Bank, is a multilateral development bank established by the BRICS states (Brazil, Russia, India, China and South Africa) with an initial authorised capital of the bank is USD 100 billion. 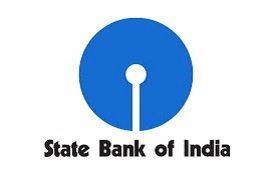 Public Sector lender, State Bank of India, accounts for over 27% of the total amount owed to public sector banks by wilful defaulters. Almost 1,762 wilful defaulters owed ₹25,104 crore as on March 31 to SBI. 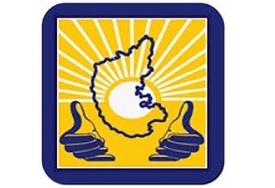 According to the Reserve Bank of India’s ‘Report on Trend and Progress of Banking in India’, two regional rural banks in the country have earned a net profit of over ₹150 crore each during 2016-17. 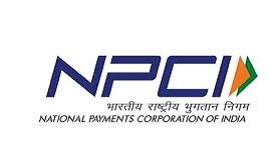 Under the BBPS, a customer can make several bill payment such as electricity, telephone, water etc. and receive instant confirmation.

Spice Money Ltd, a fintech company had received an in-principle approval to set-up as a BBPOU under the Payment and Settlement Systems Act, 2007 in May 2016. and now it has received approval for processing. 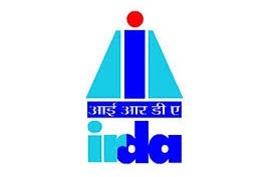 The Insurance Regulatory and Development Authority of India (IRDAI) has launched a Central Database of all Insurance Sales Persons in the country.

The database also provides a search facility for insurers and insurance intermediaries whereby an applicant insurance sales person's details are queried for a match in the database. 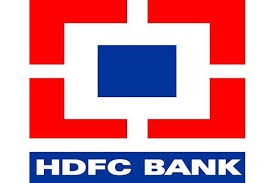 The machine which will accept payments through Unified Payments Interface (UPI), BharatQR, SMS Pay and the bank’s mobile wallet, in addition to the traditional mode of swiping cards.

The merchants using this facility will have update their machine with a software at no cost, but the new software will work only on HDFC Bank-issued PoS machines, however it will accept any card or App from any bank/service provider. 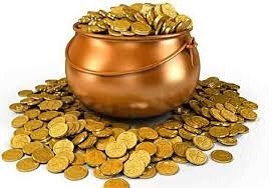 The Central Board of Excise and Customs has clarified that banks importing gold and precious metals will have to pay 3% tax under the GST which can be claimed as input tax credit.