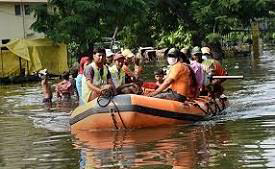 The Union Home Misnister has further approved the advance release of 2nd installment of centre’s share of SDRF amounting to over 213 crore rupees to Bihar for the year 2019-20.

The Central government has approved a proposal in principle to set up an agro-based Special Economic Zone (SEZ) at West Jalefa in Sabroom subdivision of South Tripura. An estimated investment of setting up first-ever SEZ would be around Rs. 1550 crore which will generate 12,000 jobs.

Under the plan, rubber-based industrial units, rubber thread, apparel making, bamboo and food process units are proposed to be set up. The SEZ will be set up by Tripura Industrial Development Corporation Limited (TIDC). 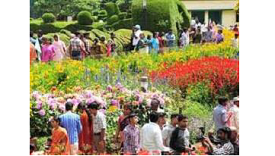 The Government will provide 30 lakh rupees each to the two agricultural universities of the State for training and capacity building of floriculture farmers.

Gujarat Government has announced series of steps to boost MSME sector in the state with an aim to create ease of doing business. The state government has permitted MSME units from obtaining various approvals from the government for the first 3 years of functioning. After that they can get the approvals in next 6 months.

Government also decided to bring an ordinance to facilitate the MSME units. Nodal agencies will be set up at state level and district level for this purpose. 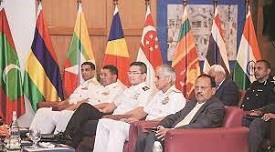 The theme for the conclave is “Common Maritime Priorities in Indian Ocean Rim (IOR) and need for Regional Maritime Strategy”. The event was attended by Chiefs of Navies and senior representatives from 10 Indian Ocean littoral countries. 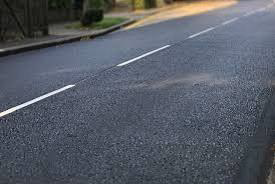 Uttar Pradesh government has launched the renovation work of roads with the use of plastic in 9 cities. In the first phase of the project roads will be renovated in Lucknow, Varanasi, Gorakhpur, Meerut, Prajagraj, Jhansi, Kanpur, Bareilly and Agra districts.

Single-use plastic items including plastic bags, spoons, cups, straws and bottles has been banned with effect from October 2, 2019, on the occasion of Mahatma Gandhi's 150th birth anniversary. The Narendra Modi-led Union Government aims to completely eliminate the use of single-use plastic by 2022. 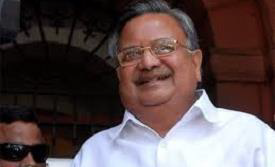 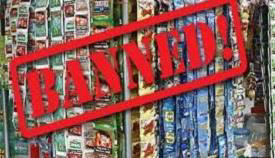 The Rajasthan government announced a ban on pan masala containing magnesium carbonate, nicotine, tobacco, mineral oil and flavoured 'supari' in the state. The government has banned these items under the Food Security Act.

With this, Rajasthan has become the third state after Maharashtra and Bihar to announce such a move. Henceforth, production, storage, distribution and sale of these products will not be allowed in the state of Rajasthan. 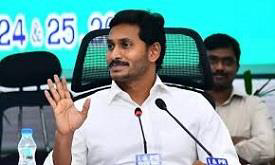 Chief Minister of Andhra Pradesh YS Jagan Mohan Reddy launched YSR Vahana Mitra scheme which provides Rs. 10,000 allowance to self-employed drivers of the state. As a part of the scheme, the government will provide ₹10,000 financial assistance to auto, taxi and maxi driver-cum-owners. It will provide Rs. 50,000 to self-employed drivers in 5 years.

The annual allowance would be provided to meet the recurring expenses such as insurance premium, licence fee and maintenance of vehicle to procure fitness certificate. The government allocated a budget of Rs.400 crores in annual budget for implementation of welfare scheme. 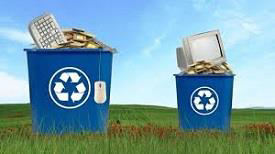 The Bhopal Municipal Corporation (BMC) and the Central Pollution Control Board (CPCB) have come together to set up the country’s first e-waste clinic in Bhopal. It will enable segregation, processing and disposal of waste from both household and commercial units.

Electronic waste will be collected door-to-door or could be deposited directly at the clinic in exchange for a fee. The clinic is being conceived in compliance with the Solid Waste Management Rules, 2016. Angikaar has been launched for social behaviour change, focusing on issues such as water & energy conservation, waste management, health, tree plantation, sanitation and hygiene. The campaign will conver the schemes and Missions of other Ministries dealing with these subjects. The convergence would especially focus on Ujjwala for gas connection and Ayushman Bharat for health insurance to the beneficiaries of PMAY (U).

The first-of-its-kind 'Garbage Cafe' commenced in Ambikapur city of Chhattisgarh run by the Ambikapur Municipal Corporation. In this unique Cafe', poor people and rag pickers will get free food in exchange for one kilogram of plastic, while breakfast will be provided if half a kilogram of plastic is brought to the cafe.

Ambikapur is Chhattisgarh’s first dustbin-free city. The city has been hailed as the second cleanest city in the country in Swachhata rankings. 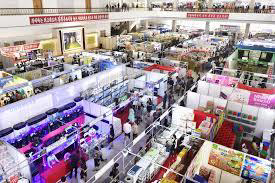 Baliyatra, one of the biggest trade fairs of Odisha, is scheduled to begin on November 12. The trade fair will continue for eight days. 2019 Baliyatra will be jointly organised by the Cuttack District Administration, District Cultural Council, and the Cuttack Municipal Corporation (CMC).

A preparatory meeting for the mega fair was recently held under the chairmanship of District Collector Bhabani Shankar Chayani at Cuttack. Administration will issue identity cards to all stall owners, have informative centers and install an adequate number of CCTV cameras and watchtowers at the fairground. 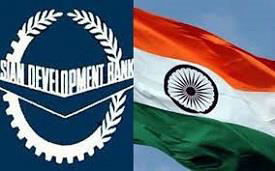 India and Asian Development Bank signed 190-million-dollar loan agreement for improving road connectivity in Rajasthan. The agreement was signed to upgrade 754 kilometres of state highways which will benefit about 26 million people in 14 districts of Rajasthan.

The agreement was signed between Sameer Kumar Khare, Additional Secretary, Department of Economic Affairs in the Ministry of Finance and Mr Kenichi Yokoyama, Country Director of ADB’s India Resident Mission.The project provides for constructing more than 200 bus stops and 2 kilometer of raised sidewalk on project roads.

In Madhya Pradesh, the 10th edition of the Rashtriya Sanskriti Mahotsav-National Cultural Festival was organised by the Union Ministry of Culture under the 'Ek Bharat, Shreshtha Bharat' campaign. The National Cultural festival displayed diverse forms of folk, art and culture of 22 states.

The National Festival featured artists and artisans from many states including Assam, Karnataka, Haryana, Gujarat, Rajasthan and Jammu and Kashmir. The festival showcased the cultural heritage of India through performances of art, folk music, dance, handicrafts and cuisines of Leh, Uttar Pradesh, Maharashtra, Punjab and West Bengal. 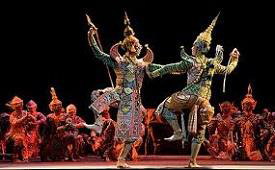 The Culture Department of Uttar Pradesh government is going to organise the country’s first training and performance programme of world famous KHON (खोन) Ramlila, a masked form of Ramlila art of Thailand in collaboration with Thai government. Artists, who will get training from experts of Thailand as part of cultural exchange programme between two nations, will perform at Grand Deepotsav function in Ayodhya.

KHON Ramlila of Thailand is included in the list of UNESCO’s Intangible cultural heritage and it’s a masked dance depicting the scenes of Ramlila without dialogues and background voices while narrating the whole story of Ramayana. 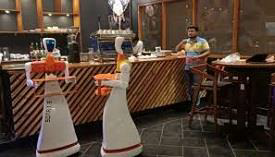 Odisha's smart city Bhubaneswar gets it 1st Robot Chef Restaurant in Odisha. The Robot Restaurant opened at the Infocity DLF tower of Bhubaneswar claims to be the first restaurant in Eastern India where two indigenously developed robots, 'Champa' and 'Chameli' are engaged. The robots are developed at a Jaipur-based start up using SLAM technology, and it automatically navigates like humans, follows the routes and instructions and takes feedback from customers.

The event displayed various opportunities that exist in the state in variegated sectors, including food processing, pharmaceuticals, textile and garment, warehousing and logistics, IT & Electronics System Development and Maintenance (ESDM), urban development and renewable energy.

BJD will undertake a massive plantation drive by creating awareness among people about environment protection. Naveen appointed former Mumbai Police Commissioner and BJD leader Arup Patnaik as convenor of the programme for its implementation. 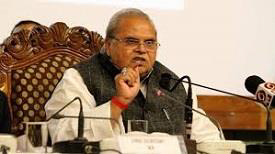 The showroom shall cater to the people who cherish the Kashmiri handicraft and relish the traditional Kashmiri food which is now available in the heart of Delhi. Other handicraft products in the showroom include - Paper Mache items, carved walnut-wood items, Pashmina shawls and Kashmiri embroidery sarees. 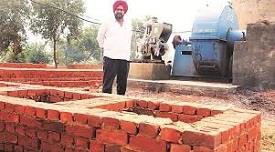 In order to follow orders of National Green Tribunal and Central Pollution Control Board, Punjab Government had ordered the closure of traditional kilns in March 2019 to control the toxicity of the NCR National Capital Region. The stubble burning, industrial and kiln smoke from Punjab was harmful for Delhi also.

Punjab has got most of odd polluting brick kilns converted to new Kiln Technology that cuts emissions by 70-80% and saves fuel for users. In the new kilns, the bricks to be baked are arranged in a zigzag pattern thus allowing hot air to cover a longer path.

These interns will work with the team of TRIFED in various states. They will support the TRIFED activities on livelihood promotion, value addition of NTFTs, marketing and credit linkages. They will develop tools and techniques on institutional development for determination of a just price or producer price of Minor Forset Products.

Governor Satyadev Narayan Arya administered the oath of office and secrecy at a function at Raj Bhavan in Chandigarh. In the 90-member assembly, the BJP has emerged as the single largest party with 40 seats. JJP has won 10 seats and independent 7. 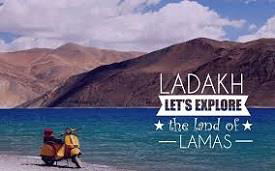 Ladakh administration organised a 3-Day Ladakh Literature Festival from 29th to 31st October. The first-ever Ladakh Literature festival aimed to celebrate the uniqueness of the region in the fields of Art, Culture and Literature. There was screening of Ladakhi films, discussions on Heritage and presentations on History and Archeology of Ladakh, during the festival.

The Ladakh Literature Festival will be held annually. The festival will witness the transformation of Ladakh from a division to Union Territory. 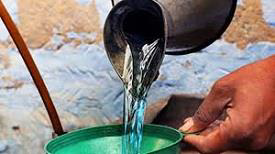 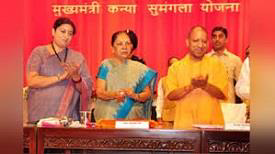 Uttar Pradesh by Chief Minister Yogi Adityanath launched Mukhya Mantri Kanya Sumangala Yojana on the occasion of Dhanteras. The programme aims at empowering the girl child for which an amount of Rs 15,000 will be provided to every family in which a girl child takes birth.

Kanya Sumangala scheme has been designed in a way that the state government will direct transfer funds in the account of the registered girls in a phased manner when a girl child will complete various achievements, like vaccination, admission in class 1, 5 and 9, graduation.

The Government of India, Government of Odisha and the World Bank signed a US$165 million loan agreement to support smallholder farmers. The Odisha Integrated Irrigation Project for Climate Resilient Agriculture will be implemented in rural areas vulnerable to droughts and largely dependent on rainfed agriculture. 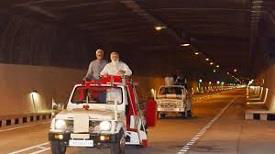 The tunnel is 9 km long officially making it the longest road tunnel in India. It is a two-lane main tunnel with a parallel escape tunnel of the same length located at an elevation of 1200 meters. It is located in the lower Himalayan mountain range, between Udhampur and Ramban in Jammu & Kashmir. The Assam Cabinet decided that no government jobs will be given to persons having more than two children after 1 January, 2021. The cabinet also adopted a New Land Policy.

Under the New Land Policy, the government will give three bighas (43,200 sq. ft.) of agricultural land to landless indigenous people and half a bigha for constructing a house. The beneficiary will be able to sell the given land only after 15 years of use.