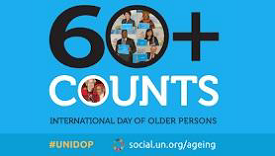 The theme for this year was "The Journey to Age Equality". The 2019 theme aims to draw attention to the existence of old age inequalities and how this often results from a cumulation of disadvantages throughout life, and highlight intergenerational risk of increased old age inequalities. 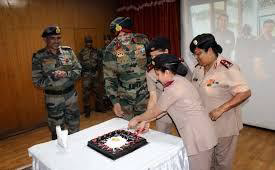 The 94th Raising Day of the Military Nursing Service (MNS) was celebrated on 1st October. The MNS is the only all women corps in the Armed Forces. It came into being on March 28, 1888 with the arrival of first batch of 10 qualified British Nurses in Bombay (now Mumbai), to organise nursing in Military hospitals in India. 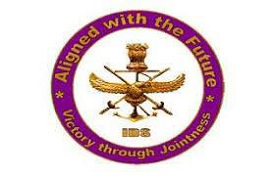 Headquarters Integrated Defence Staff (HQ IDS) celebrated its 19th Raising Day on 1st October. The HQ IDS was raised on October 1, 2001 as a ‘Tri Service Entity’ with an overarching aim of ‘Victory Through Jointness’.

Since then, IDS has led the conduct of Disaster Relief Operations, Tri-Service Exercises, including those with friendly foreign countries. The IDS spearheaded construction of the National War Memorial. The HQ IDS is currently progressing the operationalisation of Defence Cyber Agency, Defence Space Agency and Armed Forces Special Operations Division as Joint organisation.

4 - International Day of Non-Violence observed across the world 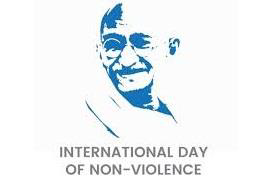 The United Nations’ (UN) International Day of Non-Violence is observed annually on October 2 to promote non-violence through education and public awareness. The day coincides with the birthday of Mahatma Gandhi, leader of the Indian independence movement and pioneer of the philosophy and strategy of non-violence. 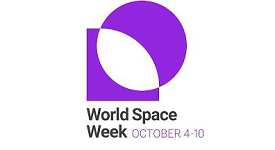 The World Space Week is observed each year from 4 to 10 October to celebrate the contributions of space science and technology to the betterment of the human condition. The theme of World Space Week 2019 is “The Moon: Gateway to the Stars”. It celebrates the 50th anniversary of humankind’s first step on the Moon on 20 July 1969.

The dates commemorate the launch, on 4 October 1957, of the first artificial satellite, Sputnik I, and the entry into force, on 10 October 1967. 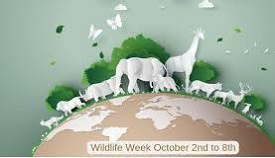 The Wildlife Week is celebrated all across the country annually between 2nd October and 8th October with an aim to preserve animal life in India. The theme for 2019 is "Life Below Water: For people and planet".

The week was first celebrated in 1972. The event is organized by National Board of Wildlife since its establishment in 1972. The main objective of this campaign is to promote the conservation and protection of animal life.

The World Teachers' Day is observed globally on October 5 annually to commemorate teacher organizations worldwide. The Theme of World Teachers Day 2019 is "Young Teachers: The Future of the Profession".

The theme recognizes the critical importance of reaffirming the value of the teaching mission. It calls upon governments to make teaching a profession of first choice for young people. The day celebrates the importance of teachers in providing quality education at all levels.

World Trade Organisation, WTO, hosted the first World Cotton Day (WCD) celebrations in Geneva on 7th October. This event stems from the application by the Cotton-4 countries (Benin, Burkina Faso, Chad and Mali) to the United Nations General Assembly for its official recognition of a World Cotton Day, reflecting the importance of cotton as a global commodity.

Cotton is a global commodity and a single tonne of cotton provides year-round employment for five people on average. Cotton occupies just 2.1% of the world’s arable land, yet it meets 27% of the world’s textiles need. 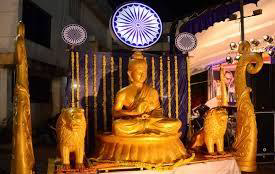 63rd Dhammachakra Pravartan Din was celebrated on 7th October at Deekshabhoomi in Nagpur, Maharashtra. Buddhist followers from the different parts of the country and abroad reached at the venue to pay homage to the Architect of Indian Constitution Dr. Babasaheb Ambedkar at Deekshabhoomi.

Dhammachakra Pravartan Day (DhammaChakra Anupravartan Din) is a day to celebrate the Buddhist conversion of B. R. Ambedkar and approximately 600,000 followers on 14 October 1956 at Deekshabhoomi. 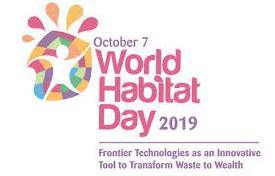 The United Nations’ (UN) World Habitat Day is annually celebrated on the first Monday of October. This year it was celebrated on 7th October. The purpose of the day is to reflect on the state of our cities and towns and the basic human right to adequate shelter. It also aims to remind the world of its collective social responsibility towards the habitat for all forms of life.

The theme for this year was based on ‘Frontier Technologies as an innovative tool to transform waste to wealth’, so as to promote the contribution of innovative frontier technologies to sustainable waste management. 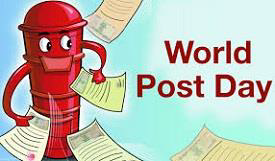 World Post Day is celebrated every year on 9 October across the world following the anniversary of the establishment of the Universal Postal Union in 1874 in the Swiss Capital, Bern. World Post Day aims to create awareness of the role of the postal section in day to day lives of people.

The day was declared as World Post Day by the UPU Congress held in Tokyo, Japan in 1969. Many countries honor their employees for good service on this day whereas some promote new postal products and services. 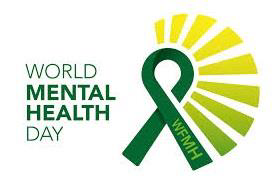 The World Mental Health Day is observed annually on 10th October to raise awareness about mental health issues around the world and mobilising efforts in support of mental health. The theme for this year is 'Working Together to Prevent Suicide'.

Every 40 seconds, someone loses their life to suicide. WHO has launched a campaign “40 seconds of action” to raise awareness of the scale of suicide around the world and the role that each of us can play to help prevent it.

13 - International Day of the Girl Child 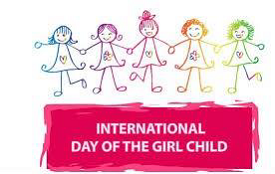 This year, International Day of the Girl (11 October) will focus on the theme, “GirlForce: Unscripted and unstoppable”. The theme aims to celebrate achievements by, with and for girls since the adoption of the Beijing Declaration and Platform for Action.

World Migratory Bird Day (WMBD) 2019 was observed on 12 October based on theme ‘Protect Birds: Be the Solution to Plastic Pollution.’ The theme highlighted the need for the conservation of migratory birds and their habitats. The Waterbirds and Plastics report 2018 showed that of the 254 species covered by the Agreement, 40% came into contact with plastics; 22% ingested plastic; 31% were entangled in plastic debris; and 8% used plastic items in their nests.

WMBD is a biannual awareness-raising event celebrated on two peak days in the year – the second Saturday of May and October. 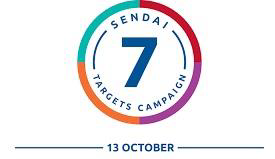 The International Day for Disaster Reduction is held every year on 13 October to promote a global culture of risk-awareness and disaster reduction. That includes disaster prevention, mitigation and preparedness. The campaign seeks to create a wave of awareness about actions taken to reduce mortality around the world.

The theme of 2019 was ‘Reduce disaster damage to critical infrastructure and disruption of basic services’. The 2019 edition continues as part of the “Sendai Seven” campaign (launched in 2016), centred on the 7 targets of the Sendai Framework.

Each year on 14 October, the members of IEC, ISO and ITU celebrate World Standards Day, which is a means of paying tribute to the collaborative efforts of the thousands of experts worldwide who develop the voluntary technical agreements that are published as International Standards. World Standards Day 2019 was themed “Video standards create a global stage”.

The aim of World Standards Day is to raise awareness among regulators, industry and consumers as to the importance of standardization to the global economy. 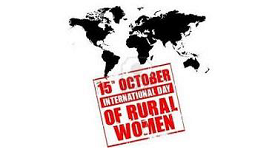 The first International Day of Rural Women was observed on 15 October 2008. This new international day, established by the General Assembly in its resolution 62/136 of 18 December 2007, recognizes contribution of rural women in enhancing agricultural and rural development, improving food security and eradicating rural poverty.

The theme of 2019 was “Rural Women and Girls Building Climate Resilience”. It highlights the crucial role that women and girls play in ensuring the sustainability of rural households and communities, improving rural livelihoods and overall wellbeing, has been increasingly recognized. 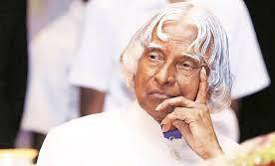 World Students' Day is celebrated every year on October 15 on former president APJ Abdul Kalam's birthday. The day is commemorated on his birth anniversary because Dr. Kalam was a dedicated teacher and identified himself foremost in that role before anything else.

APJ Abdul Kalam served as 11th President of India from 2002 to 2007 and was known as the people's president and was also credited for India's military missile systems as well as civilian space programme. 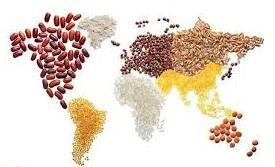 The World Food Day was celebrated on 16 October. This day is observed every year. It marks the foundation of Food and Agriculture Organisation of the United Nations in 1945. The global theme of World Food Day 2019 was “Our Actions Are Our Future”.

The theme called for action across sectors to make healthy and sustainable diets affordable and accessible to everyone and to start thinking about what we eat. World Food Day is a day of action dedicated to tackling global hunger. 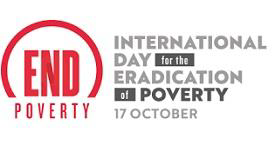 The United Nations’ (UN) International Day for the Eradication of Poverty is observed annually on October 17. The day promotes people’s awareness of the need to eradicate poverty and destitution worldwide, particularly in developing countries. This year 2019 marked the 30th anniversary of the adoption of the Convention on the Rights of the Child (UNCRC) on 20 November 1989.

The theme of 2019 was ‘Acting Together to Empower Children, their Families and Communities to End Poverty’. It recognizes the right of every child to a standard of living adequate for the child’s physical, mental, spiritual, moral and social development. 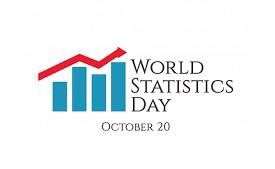 The World Statistics Day is observed every 5 years on October 20. The resolution was adopted by the UN General Assembly on June 3, 2015. This is the second World Statistics Day. The day aims to show that good data and statistics are indispensable for informed decision-making by all actors in society.

The General Assembly in 1972 established World Development Information Day to draw the attention of the world to development problems and the need to strengthen international cooperation to solve them. The Assembly decided that the date for the Day should coincide with United Nations Day, 24 October. The day leads to greater awareness of the problems of development, thus, promoting efforts in the sphere of international cooperation for development. 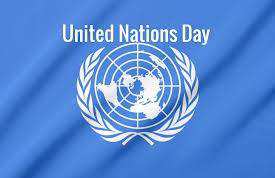 The United Nations Day is celebrated every year on October 24 to mark the anniversary of the entry into force in 1945 of the UN Charter. With the ratification of this founding document by the majority of its signatories, including the five permanent members of the Security Council, the United Nations officially came into being.

The Indo-Tibetan Border Police, one of the five central armed police forces of India, celebrated its 58th Raising Day on 24 October. Raised in 1962, the ITBP guards 3488 KMs long borders in the Himalayas on the BOPs at altitudes ranging from 9K to 18.7 K ft. Apart from border guarding, the Force is also deployed for Anti-Naxal Operations and other Internal Security duties.

The ITBP, which started with 4 battalions, has since restructuring in 1978 has undergone expansion to a force of 60 Battalions with 15 Sectors and 05 Frontiers as of 2018 with a sanctioned strength of 89,432. 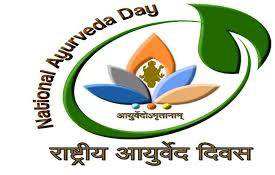 The fourth Ayurveda Day was observed on October 25, on the day of "Dhanteras". Dhanteras is also dedicated to the Hindu god of medicine, Dhanvantri. Since 2016, the ministry of AYUSH has been observing this day as National Ayurveda Day. The theme for this year is "Ayurveda for longevity."

The main objective of Ayurveda Day is to focus on strengths of Ayurveda and its unique treatment principles while exploring the potential of Ayurveda to contribute towards National health policy & National Health programmes. 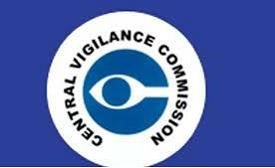 The Central Vigilance Commission (CVC) observed the Vigilance Awareness Week from 28th October to 2nd November, 2019. This is observed every year during the week in which the birthday of Sardar Vallabhbhai Patel (31st October) falls.

The theme for the Vigilance Awareness Week 2019 is “Integrity- A way of life”. This awareness week campaign affirms the government’s commitment to promotion of integrity and probity in public life through citizen participation. 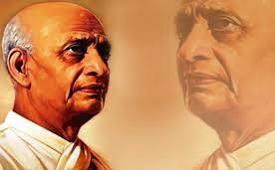 The National Unity Day was celebrated on 31st October to mark the birth anniversary of Ironman Sardar Vallabhbhai Patel. The day is also known as the Rashtriya Ekta Diwas. It was introduced by the Government of India in 2014.

Sardar Vallabhbhai Patel was one of the founding fathers of the Republic of India and the architect of modern political India. H is popularly known as the Iron Man. He united 565 princely states to be part of India.