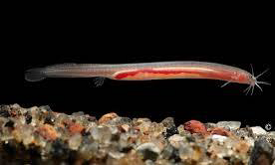 A research team led by Kerala University of Fisheries and Ocean Studies (Kufos) has discovered a unique species of subterranean fish. The new species has been named 'Pangio bhujia'.

The eel is just about 3 centimetres in length and pinkish-red in colour. It is unique because of the absence of the dorsal fin and pelvic fins. It also differs from other species of the Pangio genus due to the presence of long nasal barbels. 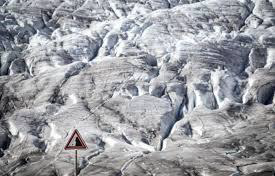 Record melting sees Swiss glaciers shrink 10% in five years. Glaciers in Switzerland have shrunk 10% in the past five years, a rate that has never been seen before in over a century of observations. The study revealed that over the past 12 months, about 2% of Switzerland's total glacier volume has been lost which is alarming over climate change.

Glaciologists at the ETH Zurich technical university have warned that more than 90% of some 4,000 glaciers dotted throughout the Alps could disappear by the end of this century if greenhouse gas emissions are not controlled. 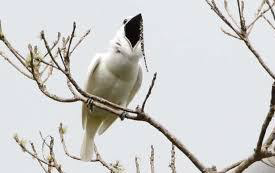 According to a new study, the call of the male white bellbird in Amazon is the loudest recorded call among all bird species in the world. The bellbird’s call can reach 125 decibels, almost as loud as a very loud rock concert.

According to the researchers, the male could be producing its chainsaw-like calls to attract a potential mate. The screaming piha (Lipaugus vociferans), also an Amazonian species, previously held the record of being the world’s loudest bird. 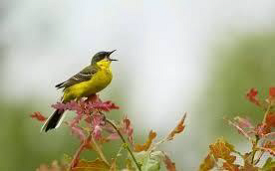 According to a study published in the journal Conservation Biology, birds may undergo a change in physiology and reproductive health when living in environments with constant vehicular traffic noise as compared to when they are breeding in a quiet habitat.

The study highlighted that the chicks of noise-exposed birds were smaller than the young ones from quiet nests. The researchers studied the effect of traffic noise on stress hormone levels, health, and reproductive success in breeding zebra finches -- birds native to the arid areas of Central Australia. 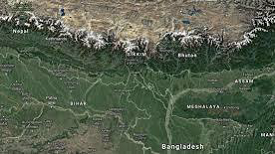 India, Nepal and Bhutan have drafted a memorandum of understanding to create a trans-boundary wildlife conservation 'peace park'. The proposed Park will include biodiversity-rich landscapes in adjoining areas of the three countries.

The trans-boundary parks present a fundamental shift in which wildlife conservation is done. From a species focused approach, it will be a landscape based approach. There is already one trans-boundary Protected Area in India and Bhutan, which includes the Manas landscape of Assam.

Ministry of Environment, Forest and Climate Change launched the first national protocol to enumerate the snow leopard population in the country on the occasion of International Snow Leopard Day. The Day is celebrated on October 23 every year to protect and conserve the snow leopards.

India is believed to have 400 to 700 snow leopards spread across Himachal Pradesh, Uttarakhand, Sikkim, Arunachal Pradesh, Jammu and Kashmir and Ladakh. Project Snow Leopard is an initiative of the Environment Ministry which aims to safeguard and conserve India's unique natural heritage of high altitude wildlife populations and their habitats. 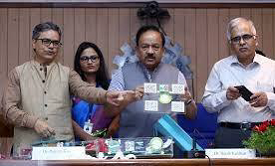 In a bid to resolve the crisis of air pollution, the Governnment launched green firecrackers. Council of Scientific and Industrial Research (CSIR) labs have been successful in developing various environment-friendly fireworks such as sound emitting crackers, flowerpots, pencils, chakkar and sparklers. The environment friendly Crackers have reduced emission light and sound emitting crackers with 30% reduction in particulate matter using Potassium Nitrate as an oxidant.

Also these green crackers will be equipped with a green logo as well as a Quick Response (QR) coding systems which have been developed for differentiation of green crackers from conventional crackers. 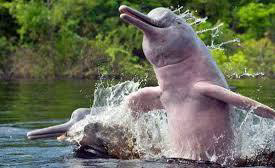 The annual Ganges river dolphin census, part of the ‘My Ganga, My Dolphin’ campaign, undertaken by the World Wide Fund for Nature-India in collaboration with the Uttar Pradesh Forest Department along about 250-km-long riverine stretch of Upper Ganga between Hastinapur Wildlife Sanctuary and Narora Ramsar site began in Bijnor.

The tandem boat survey method developed by renowned river and marine ecologist Gill Braulik will be used in 2019 census. Two inflated boats which move in tandem is used to count the dolphins. The dumping of industrial pollution is threat to dolphins. In 2018 the count was 33.