A three-day India International Cooperative Trade Fair was held in New Delhi from 11th of October. The Fair was a major platform to promote export of products of cooperatives. Organisations from 36 countries participated in the Fair.

The Trade Fair was aimed at promoting cooperative to cooperative trade within India and abroad leading to enhanced rural and farm prosperity. It is aligned with the Agriculture Export Policy 2018 which aims at doubling the agriculture export and integrating Indian farmers and agriculture products with global value chains. 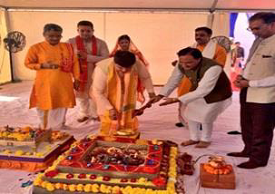 Union Human Resource Development Minister Ramesh Pokhriyal Nishank laid the foundation stone of the campus of the Indian Institute of Management in Amritsar's Manawala. The IIM campus would come up on 60,000 sq metres and have state-of-the-art facilities in the library, academic block and hostels.

The name of Squadron Leader Ravi Khanna, who was killed by JKLF terrorists in 1990, has been added to the National War Memorial after it was approved by the Indian Air Force. Squadron Leader Khanna and three other IAF personnel were killed in January 1990 in Kashmir allegedly by JKLF founder Yasin Malik.

The National War Memorial at the India Gate is dedicated to the defence personnel who laid down their lives for the country. 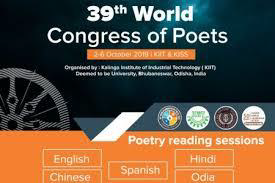 The 39th World Congress of Poets was organized at the Kalinga Institute of Industrial Technologyjointly with World Academy of Arts and Culture (WAAC). 1,000 poets and writers including Noble Laureates, from 75 countries and 2,000 delegates from India participated in the event.

The theme of the event was "Compassion through Poetry". The theme aims to promote peace and brotherhood through poetry. The main motto of WAAC is to promote ‘World Brotherhood and World Peace through Art and Culture’. 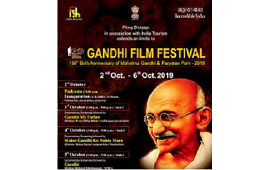 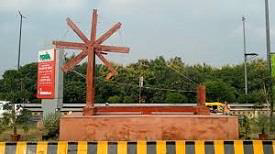 India’s largest ‘charkha’ (spinning wheel) made of used plastic waste was inaugurated in Noida on the eve of Mahatma Gandhi’s 150th birth anniversary. It measures 14 ft × 20 ft × 8ft and is made of 1,250 kg of used plastic.

The charkha has been recognised as the largest made of used plastic waste in the country by India Book of Records. 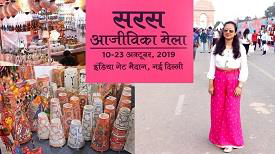 The SARAS Aajeevika Mela, organised by the Ministry of Rural Development, was held at India Gate Lawns in New Delhi from 10-23 October. The objective of the Mela was to bring the rural women Self Help Groups formed with support of Deendayal Antyodaya Yojana-National Rural Livelihoods Mission, under one platform to show-case their skills, sell their products and help them build linkages with bulk buyers.

The Mela was organised by the marketing arm of the Ministry of Rural Development, Council for Advancement of People’s Action and Rural Technology (CAPART). 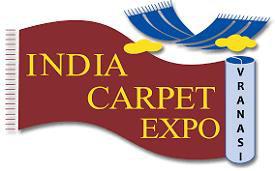 The Carpet Export Promotion Council (CEPC) organized the 38thIndia Carpet Expo (15th in Varanasi) from 11th to 14th October, 2019 in Sampurnanand Sanskrit University Ground with an aim to promote the cultural heritage and weaving skills of Indian hand-made carpets and other floor coverings.

India carpet expo is a platform for international carpet buyers, buying houses, buying agents, architects and Indian carpet manufacturers and exporters to meet and establish business relationship. The Expo is organised twice a year in Varanasi and Delhi. 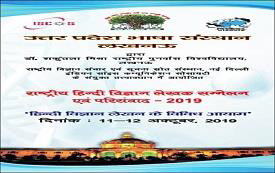 Different plenary sessions on writing in the different streams of science such as engineering, technique and technology, health and medical and research were organised. The forum tried to bring all the science writing work and Hindi Science writers altogether on one platform. 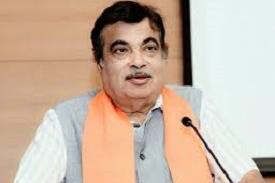 Road Transport & Highways Minister Nitin Gadkari inaugurated a conference on 'One Nation One Tag – FASTag' in New Delhi to roll out the process for having a unified electronic system across the country. Under this system the same FASTag affixed on the windscreen of a vehicle can be used to pay toll across all toll plazas in the country.

The App helps linking of bank neutral FASTag to bank account of customer’s choice. Under the National Electronic Toll Collection programme of the Ministry, toll collection at national highways toll plazas is done through RFID based FASTags. 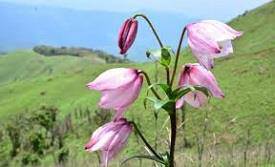 Union Minister of State (Independent Charge) for Tourism and Culture Prahlad Singh Patel inaugurated three day Shirui Lily Festival, 2019 at Shirui Vangayan Ground of Ukhrul in Manipur and Strength of Unity Statue as a mark of opening the third edition of the four-day state festival. Folk dances and folk songs of different ethnic groups and performance by rock bands, paragliding was the main attractions of the Festival that showcased the rich cultural heritage of the State.

Shirui Lily is rare, pink-white flower only found in Manipur. It has been awarded at the Royal Horticultural Society’s Flower Show in London.

Textiles Secretary, Ravi Capoor, inaugurated the 48th edition of the Indian Handicrafts and Gifts Fair (IHGF) at the India Expo Centre & Mart at Greater Noida. The theme of IHGF-Delhi Fair 2019 was Reduce, Reuse, Recycle. Overseas buyers from 110 countries were in India to source home, lifestyle, fashion, furniture and textiles products from around 3200 Indian exhibitors who participated in the Fair.

The IHGF-Delhi Fair 2019 had knowledge seminars on various topics by expert faculties, fashion shows and ramp walks by models wearing fashion jewellery, accessories and utility items sourced from exhibitors at the Fair. 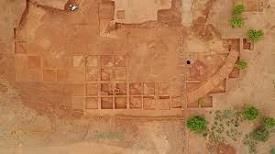 The Archaeological Survey of India (ASI) has unearthed a 2000-year old historic trade settlement in Andhra Pradesh’s Gottiprolu village, along with a Pallava-period Vishnu statue. The proximity of the site to the seacoast suggests that the site could have served as a strategic settlement involved in maritime trade.

On the basis of iconographical features such as elaborate headgear, thick holy thread and decorative drapery, ASI has dated it to 8th-century AD in the Pallava period, which is said to have ruled the area from early 4th to late 9th century AD.