Justice Lingappa Narayana Swamy was sworn in as the 25th Chief Justice of the Himachal Pradesh High Court. He was enrolled as an advocate in 1987. 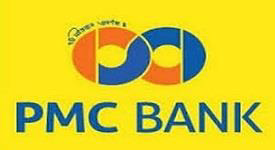 The Reserve Bank of India has superseded the Board of Punjab and Maharashtra Cooperative Bank Limited, Mumbai and appointed Jai Bhagwan Bhoria as the bank's administrator with all powers of the board. RBI also increased the amount of withdrawal allowed to the depositors from ₹1,000 to ₹10,000. The directives of RBI shall remain in force for a period of six months.

PMC's exposure to the bankrupt Housing Development and Infrastructure or HDIL is over ₹6,500 crore -- four times the regulatory cap or a whopping 73% of its entire assets of ₹8,880 crore. 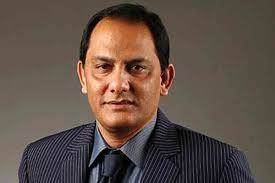 Former India Captain Mohammad Azharuddin has been elected as the President of the Hyderabad Cricket Association. Azhar led India in 47 Tests and 174 ODIs. His career ended when the BCCI banned him for life in 2000 for match-fixing. In 2012, the Andhra Pradesh High Court declared the life ban illegal. 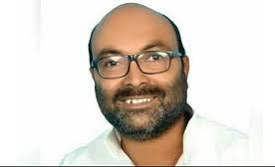 Congress MLA from Tamkuhiraj constituency in Kushinagar, Ajay Kumar Lallu, has been appointed as the party's Uttar Pradesh State Unit President, replacing Raj Babbar. Aradhana Misra ‘Mona’, daughter of senior leader Pramod Tiwari, has been appointed as Leader of Legislative Party in place of Mr. Lallu. Names of four Vice Presidents, 12 General Secretaries and 24 Secretaries have also been announced by the party.

The party has also set up an eight-member Working Group for strategy and planning for the state. 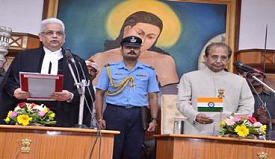 Justice Ajai Lamba has taken oath as the Chief Justice of the Gauhati High Court in Assam. Governor Professor Jagdish Mukhi has administered the oath taking ceremony at the Raj Bhawan in Guwahati.

Justice Ajai Lamba is a former Judge of Allahabad, Punjab and Haryana High Court. Enrolled as an Advocate in 1981, he practised law on civil, criminal and revenue side as well as cases relating to Labour Law, Company Law, Service Law and The Constitution of India. 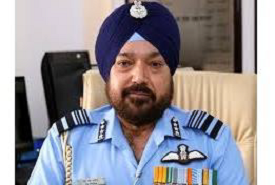 Air Marshal Harjit Singh Arora AVSM ADC took over as Vice Chief of the Air Staff. The Air Marshal was commissioned in the Indian Air Force as a fighter pilot in Dec 1981. He has rich and diverse experience of accident free operational flying which includes MiG 21, MiG 29 and other aircraft in IAF inventory. 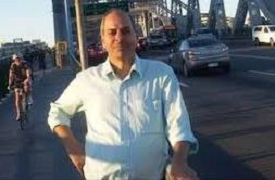 Kuldeep Singh Dhatwalia, a 1984-batch IIS officer of the Indian Information Service (IIS), has been appointed as the Principal Director General of Press Information Bureau. He will succeed Sitanshu Kar. Mr. Dhatwalia will be the 28th Principal Spokesperson of the government. He will continue to hold the additional charge of Director General, Indian Institute of Mass Communication. 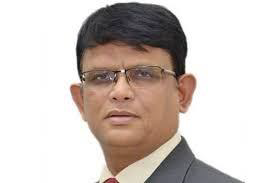 The Appointments Committee of the Cabinet (ACC) has approved the proposal of the Department of Financial Services for appointment of Ch SS Mallikarjuna Rao as the Managing Director and Chief Executive Officer of Punjab National Bank. He has been appointed to the new post up to September 18, 2021.

Mr Mallikarjuna Rao is currently the Managing Director and Chief Executive Officer in Allahabad Bank. He will replace Sunil Mehta in PNB. PNB is currently under a process of three-way amalgamation with Oriental Bank of Commerce (OBC) and United Bank of India. 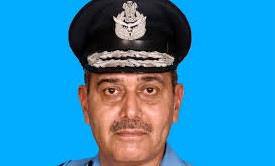 Air Marshal S K Ghotia has taken over as the new Air Officer Commanding-in-Chief (AOC-in-C) of the South Western Air Command (SWAC) of the Indian Air Force (IAF), at Gandhinagar. He replaced Air Marshal H S Arora, who moved to Air Headquarters as the Vice-Chief of Air Staff.

Air Marshal Ghotia was commissioned in the fighter stream of the IAF in December, 1981. He was awarded Vishisht Seva Medal in 2007 and Commendations by Chief of Air Staff in 1998 as well as by Air Officer Commanding-in-Chief, Western Air Command in 1994. 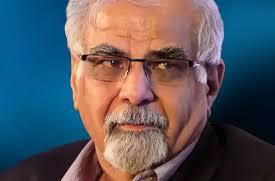 The Appointments Committee of the Cabinet has approved the appointment of economist Surjit Bhalla as the Executive Director of the International Monetary Fund for a period of three years. The post was lying vacant after the death of Dr Subir Gokarn in July. 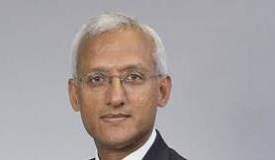 Lakshminarayanan has 35 years of experience in a broad range of leadership roles across industries and regions across the world. His roles in the company included President and CEO of TCS Japan, Global Head of Telecom, Media and Information Services, HiTech and Utilities, and Head of TCS UK and Europe. 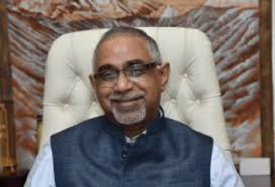 Prior to his appointment, Mr Mishra was heading OIL’s Rajasthan Project as Executive Director where he oversaw highly successful implementation of India’s first and deepest Cyclic Steam Stimulation (CSS) process. CSS is a technology to produce heavy crude oil, holding the promise of manifold increase in production of heavy-oil from Rajasthan fields. 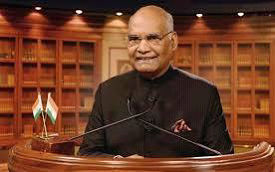 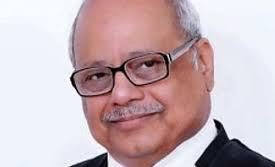 The Congress government in Punjab has appointed Justice Vinod Kumar Sharma as Punjab Lokpal. However, it failed to amend the Punjab Lokpal Act, 1996 thereby leaving the chief minister and cabinet ministers out of its ambit. 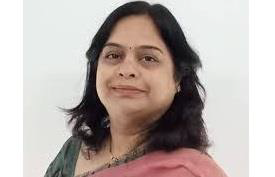 Yes Bank has appointed Anita Pai as its Chief Operating Officer and Jasneet Bachal as its Chief Marketing Officer. Prior to her appointment, Anita was the Senior General Manager and Head of ATM Business, Branch banking Service and Phone Banking at ICICI Bank. She has also been associated with ICICI Prudential Life Insurance Company Limited and HDFC Limited.

Anita Pai will lead the bank’s operations and service delivery and will also look after the information technology functions of the lender. Jasneet Bachal will head the marketing and communication efforts of the bank. 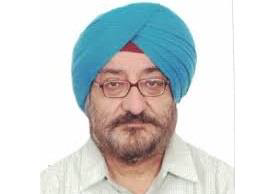 Shri Chawla has worked for four years with the Public Sector Engineering Enterprise, Engineers India Limited (EIL), prior to joining the Civil Services. During his 34-year career he has held various cadre posts with Prasar Bharti, Urban Development, Civil Aviation & Tourism and Agriculture. Prior to assuming the charge of CGA, he served as Principal Chief Controller of Accounts, Central Board of Indirect Taxes & Customs. 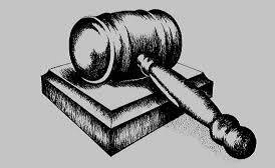 Sitting District & Sessions Judge (North East) of the Delhi's Karkardooma Courts Anoop Kumar Mendiratta was appointed as the new Law Secretary (Secretary, Legal Affairs) in the Union Law Ministry on contractual basis till March 30, 2023. He was shortlisted among more than 60 candidates. He will serve in the position till 30 March 2023, or until he attains the age of 60.

The post of Law Secretary is to advice not only to the Law Ministry but also to Cabinet Secretary, Home Secretary and other Secretaries. 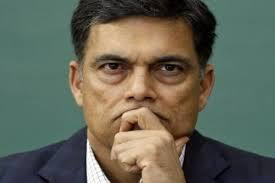 The Board of Directors of the World Steel Association elected Sajjan Jindal, Chairman and Managing Director, JSW Steel, as Vice-Chairman of the association for one year. The association has also appointed Tata Steel CEO and MD T V Narendran and Arcelor Mittal Chief L N Mittal as its members. The board also elected a 14-member Executive Committee. 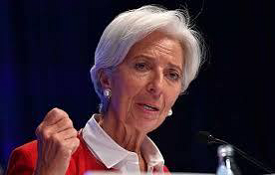 European Union leaders confirmed the appointment of Christine Lagarde as the new chief of the European Central Bank, replacing Mario Draghi from November 1. She has served in Ministry of Finance, France for three years and chairman of the Global Strategic Committee at Baker McKenzie.

Prior to the appointment, she was the Managing Director at the International Monetary Fund (IMF) for 8 years. Lagarde's confirmation for a non-renewable term of eight years comes after EU leaders nominated her for the position on July 2. 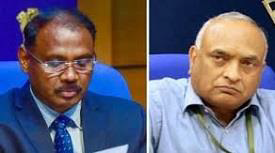 Murmu, a 1985-batch Gujarat cadre officer, is serving as the Expenditure Secretary in the Union Finance Ministry. Mathur, a 1977-batch officer, has served as the Defence Secretary and is a former Chief Information Commissioner (CIC). 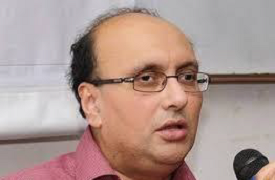 According to an order by the Department of Personnel and Training, the Appointments Committee of the Cabinet has approved the appointment of Ashok Malik as policy advisor in the Ministry of External Affairs on contract basis in the rank of Additional Secretary.

Malik, a distinguished fellow in the Observer Research Foundation, has been appointed for a period of two years. Prior to this appointment, Malik was press secretary to President Ram Nath Kovind for a two-year term. 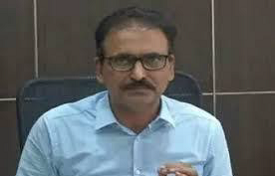 The Government of India appointed IAS officer Pankaj Kumar as the new Chief Executive Officer of the Unique Identification Authority of India (UIDAI). Prior to his appointment, Kumar was Additional Secretary in the Ministry of Electronics and IT.

The government has appointed Tuhin Kumar Pandey, a 1987-batch IAS officer, as secretary in Department of Investment and Public Asset Management (DIPAM). Sanjeev Nandan Sahai, a 1986-batch IAS officer of the Uttarakhand cadre, has been appointed as the new Secretary, Ministry of Power. 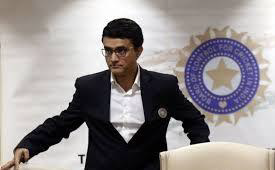 Ganguly has been working as president of Cricket Association of Bengal (CAB) for the last five years. He became the first Indian captain to head the board in 65 years. 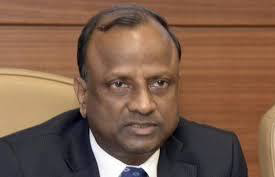 SBI chairman Rajnish Kumar has been appointed as the new Chairman of Indian Banks’ Association. He succeeds Sunil Mehta, who was the MD & CEO of Punjab National Bank. Rakesh Sharma, MD & CEO of IDBI Bank will be honorary secretary of IBA for 2019-20.

Indian Banks’ Association (IBA) is a representative body of management of banking in India operating in India. It is an association of Indian banks and financial institutions based in Mumbai. IBA was formed for development, coordination and strengthening of Indian banking. 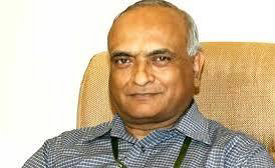 Chief Justice of the High Court of Jammu and Kashmir, Justice Gita Mittal administered oath of office to Shri R.K. Mathur as the new Lt. Governor of the Union Territory of Ladakh.

After swearing in, Shri Mathur was given a Guard of Honour at the venue by the Ladakh Police. The swearing in ceremony took place in the presence of officials of Leh and Kargil Hill Councils, Army and Para Military forces, religious leaders and Ladakh public. 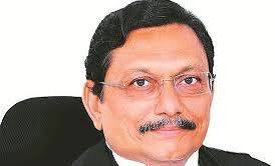 The President has appointed Shri Justice Sharad Arvind Bobde, Judge of the Supreme Court as the next Chief Justice of India with effect from November 18, 2019.

Shri Justice Sharad Arvind Bobde has been a Judge of the Supreme Court since April 12, 2013. Earlier he served as the Chief Justice of the Madhya Pradesh High Court for about six months since October 16, 2012. He has also been an Additional Judge of the Bombay High Court from March 29, 2000 and a Permanent Judge from March 28, 2002.