1 - The Nobel Prize in Physiology or Medicine 2019

The Nobel Prize in Physiology or Medicine 2019 was awarded jointly to William G. Kaelin Jr., Sir Peter J. Ratcliffe and Gregg L. Semenza for their discoveries of how cells sense and adapt to oxygen availability.

The trio discovered how cells can sense and adapt to changing oxygen availability. They identified molecular machinery that regulates the activity of genes in response to varying levels of oxygen. Their discoveries have also paved the way for promising new strategies to fight anemia, cancer and many other diseases. 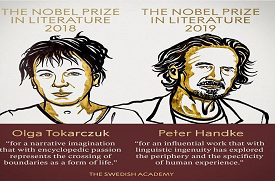 The Nobel Prize in Literature for 2018 is awarded to the Polish author Olga Tokarczuk and for 2019 is awarded to the Austrian author Peter Handke. Handke was honoured for an influential work that with linguistic ingenuity has explored the periphery and the specificity of human experience. His notable works include "Short Letter, Long Farewell" and "A Sorrow Beyond Dreams".

Tokarczuk has also won the Booker International Prize for her 2007 novel "Flights". Her 900-page "The Books of Jacob" was hailed as her magnum opus by the Swedish Academy.

3 - Nobel Prize 2019 for Physics awarded for discoveries in cosmology 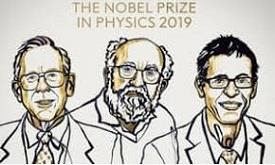 Nobel Prize 2019 for Physics has been been awarded to three scientists, James Peebles, Michel Mayor and Didier Queloz for their contribution to the understanding of the evolution of the universe and earth's place in the cosmos.

One half of the award was given to James Peebles for theoretical discoveries in physical cosmology and the other half jointly to Michel Mayor and Didier Queloz for the discovery of an exoplanet orbiting a solar-type star. 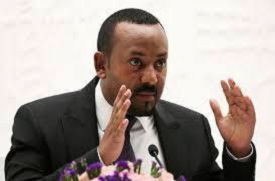 The Nobel Peace Prize 2019 was awarded to Abiy Ahmed Ali "for his efforts to achieve peace and international cooperation, and in particular for his decisive initiative to resolve the border conflict with neighbouring Eritrea." 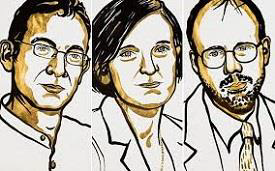 The Sveriges Riksbank Prize in Economic Sciences in Memory of Alfred Nobel 2019 was awarded jointly to Abhijit Banerjee, Esther Duflo and Michael Kremer "for their experimental approach to alleviating global poverty." Indian-born American economist Abhijit Banerjee and his wife Esther Duflo, a French-American economist teaches at Massachusetts Institute of Technology, Cambridge. They won for their work on finding new ways to tackle poverty.

Michael Kremer teaches at Harvard University, Cambridge. He won for his work on experimental approach to alleviating global poverty. 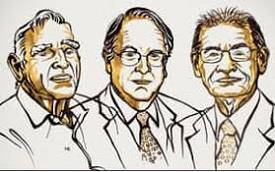 The 2019 Nobel Prize in Chemistry are awarded to John Goodenough, M. Stanley Whittingham and Akira Yoshino “for the development of lithium-ion batteries”. Through their work, they have created the right conditions for a wireless and fossil fuel-free society, and so brought the greatest benefit to humankind.

Stanley Whittingham worked on developing methods that could lead to fossil fuel-free energy technologies. John Goodenough predicted that the cathode would have even greater potential if it was made using a metal oxide instead of a metal sulphide. Akira Yoshino created the first commercially viable lithium-ion battery. 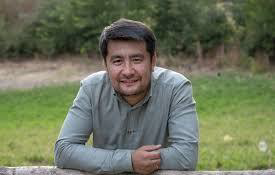 Azizbek Ashurov of Kyrgyzstan has been selected as the 2019 winner of the UN Refugee Agency’s Nansen Refugee Award for his efforts to help Kyrgyz Republic become the first country in the world to end statelessness. Azizbek Ashurov, through his organization Ferghana Valley Lawyers Without Borders (FVLWB), has helped well over 10,000 people to gain Kyrgyz nationality after they became stateless following the dissolution of the Soviet Union.

The award includes a commemorative medal and a US$150,000 monetary prize. UNHCR’s Nansen Refugee Award honours extraordinary service to the forcibly displaced. 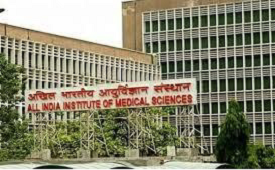 The All India Institutes of Medical Sciences (AIIMS) won the first prize of ₹3 crore under the government’s Kayakalp scheme for 2018-19 under the Central Government Hospitals A category. JIPMER, Puducherry was judged as the runner-up in this category with ₹1.5 crore prize money. PGIMER, Chandigarh and Safdarjung Hospital, Delhi won the Commendation Award of Rs. 50 Lakh each. 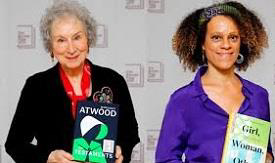 The Booker Prize for Fiction, formerly known as the Booker–McConnell Prize and the Man Booker Prize, is a literary prize awarded each year for the best original novel. 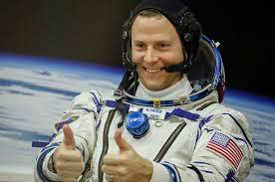 Russian President Vladimir Putin presented a prestigious state award for courage on US astronaut Nick Hague who survived an emergency onboard a Russian spacecraft. Putin awarded Hague the Order of Courage for “high professionalism shown in the line of duty in high-risk conditions during an emergency”.

Hague, along with Russian cosmonaut Alexei Ovchinin, made a dramatic emergency landing in the steppes of Kazakhstan in October 2018 when a booster rocket on their Soyuz launch vehicle failed — the first such accident in post-Soviet history. 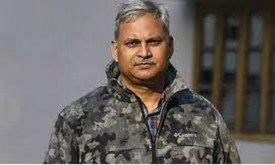 The 1996-batch IFS officer, posted as Chief Conservator Forests in Lucknow and Secretary, UP State Bio-diversity Board, is known for his investigation and intelligence gathering on poachers. The purpose of the Asia Environmental Enforcement Awards is to publicly recognise outstanding achievements by public organisations and individuals in Asia to combat transboundary environmental crime. 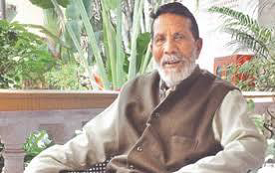 Ramon Magsaysay award recipient and pioneer of the Chipko Movement Chandi Prasad Bhatt will be honored with 31st Indira Gandhi Award for National Integration for the years 2017 and 2018 for his services in promoting and preserving the national integration.

The Indira Gandhi Award for National Integration is a prestigious award accorded by the Indian National Congress, after former Prime Minister of India Indira Gandhi. In the past, award has been given to leaders such as A. P. J. Abdul Kalam, Satish Dhawan Acharya Tulsi, Bishambhar Nath Pande etc. 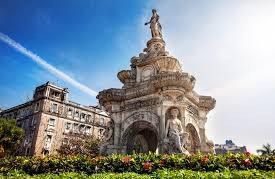 The renewal of the historic Tai Kwun – Centre for Heritage and Arts has received the Award of Excellence in 2019 UNESCO Asia-Pacific Awards for Cultural Heritage Conservation. 16 projects from 5 countries namely Australia, Bhutan, China, India and New Zealand were recognized. 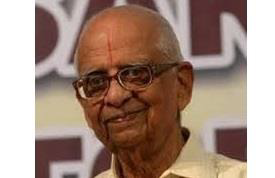 The Vice President of India, Shri M Venkaiah Naidu presented ‘Most Eminent Senior Citizen Award’ to legal luminary, scholar and former Attorney General of India, Shri K. Parasaran on the occasion of the Elder’s Day celebration of Age Care India, an organization working for the welfare of the elderly. 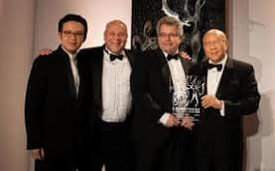 The Hong Kong Philharmonic Orchestra (HK Phil) was named Orchestra of the Year at the 2019 Gramophone Classical Music Awards ceremony – regarded as the “Oscars of classical music” – in London, for its outstanding contribution to recorded music in the past year. The HK Phil is the first Asian orchestra to receive this prestigious international award.

The Award “celebrates ensembles that have made significant recorded contributions in the past year and reflects the excellence of music-making across the globe”. The Award was for the HK Phil’s live recordings of the complete Ring Cycle by Richard Wagner on the Naxos label.

The European Parliament has awarded its Sakharov Prize for Freedom of Thought to Ilham Tohti. Tohti is an economist fighting for the rights of China's Uighur minority and the implementation of regional autonomy laws in China. In 2014 the human rights defender was sentenced to life imprisonment for separatism-related charges.

In 2014, Tohti was awarded PEN/Barbara Goldsmith Freedom to Write Award for his work in the face of adversity. He also won Liberal International Prize for Freedom in 2017 and nominated for Nobel Peace Prize in 2019. 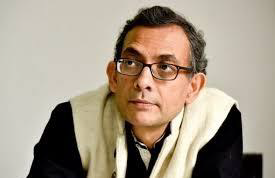 Football Club Mohun Bagan conferred their Life Membership to Nobel Prize winner Abhijit Vinayak Banerjee. The club also handed him the First Day Cover of 1911 and the maroon green jersey with his name written on it.

Mohun Bagan Athletic Club is one of the oldest existing association football club in India and Asia. The most notable victory in the history of the club was over East Yorkshire Regiment in the 1911 IFA Shield final match, which made them the first Indian club to win the IFA title. 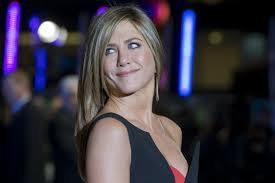 Melissa McCarthy accepted the trophy for the inaugural award in 2018. Aniston is a seven-time People's Choice Award winner. The 'Morning Show' star is best known for her performance in 'Friends' as Rachel Green for ten seasons. She was last seen in her Netflix drama 'Murder Mystery'. 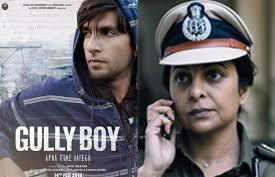 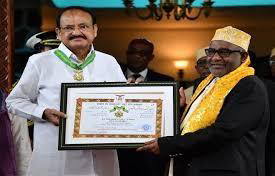 The Order of the Green Crescent, also known as Ordre du Croissant vert is a highest Civilian Honour of Comoros, awarded for distinguished merits, military or civilian.