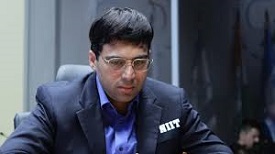 Five-time World Champion Viswanathan Anand finished second at the Isle of Man Chess Championship at Douglas. He defeated the Chinese grandmaster Hou Yifan in the ninth and final round. He took 53 moves to overpower Yifan to finish with 7 points. Anand shares second position with America's Nakamura Hikaru.

World Champion Magnus Carlsen won the title with 7.5 points after a short draw against Nakamura. Vidit Santosh Gujrathi and Swapnil S Dhopade finished at the joint third position with 6.5 points after playing out draws against Hungarian Rapport Richard and Ukraine's Eljanov Pavel respectively. 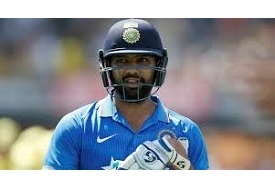 In the rankings for bowlers, South Africa leg-spinner Imran Tahir has regained the top spot after Australia pace bowler Josh Hazlewood missed the India series due to a side strain. In the list of all-rounders led by Bangladesh's Shakib Al Hasan, England's Ben Stokes has moved into the top five at fifth. 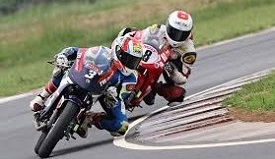 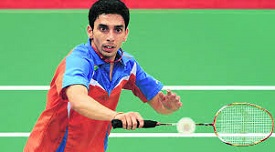 Commonwealth Games bronze medallist RMV Gurusaidutt clinched the men's singles title at the Bulgarian International Future Series tournament, which was held in Sofia, Bulgaria. Gurusaidutt, who has been out of action since the US Open in July 2016 due to an ankle injury, defeated Muhammed Ali Kurt 21- 17, 21-16 in a final match that lasted for only 35 minutes.

Muhammed Ali Kurt lost the match in straight sets itself. He will be playing Senior Nationals Championship scheduled in November 2017. 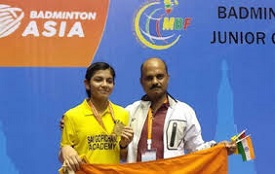 Indian shuttler Samiya Imad Farooqui clinched the gold medal at the Under-15 women's singles competition after defeating Indonesia's Widjaja Stephani at the Asian Junior Championship in Yangon, Myanmar. The third-seeded Indian, who had reached the finals at Pembangunan Jaya Raya International Junior Grand Prix U-19 in April, defeated Stephani 15-21, 21-17, 21-19 to lay claim to the coveted title.

P V Sindhu had won the gold in U-19 Asia Junior championship in 2012 at Gimcheon, South Korea. 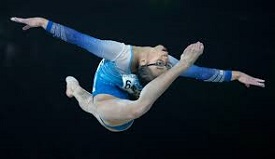 American Morgan Hurd won the all-around title at the gymnastics world championships in Montreal. The 16-year-old won the United States' seventh straight Olympic or world all around title by edging out Canada's Elsabeth Black 55.232 to 55.132. U.S. champion Ragan Smith withdrew minutes before the competition with an ankle injury.

7 - India bagged its first ever gold in Wushu World Championship 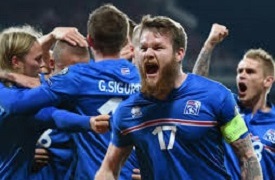 Iceland became the smallest country by population ever to qualify for the Football World Cup. With a population of just 335,000 people, the football team of the country defeated Kosovo 2-0 to reach the 2018 finals in Russia, setting a new record in the process.

The island nation has just 20,000 registered footballers, male and female, making the nation one of the smallest playing pools on the planet. The previous smallest country to have reached the finals was Trinidad & Tobago, in 2006, with 1.3 million people. 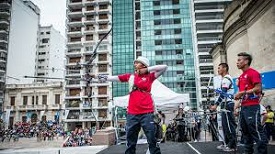 India picked up its first world title at the youth championships since Deepika Kumari’s victories in 2009 and 2011 when Jemson Singh Ningthoujam and Ankita Bhakat won gold in the mixed team event in Rosario, Argentina.

The pair beat Russia in the final. The mixed team gold is India’s fourth World Archery Champion title across all disciplines. India also took a bronze medal in the compound cadet women’s event in Rosario.

FIFA has suspended the Pakistan Football Federation (PFF) with immediate effect in accordance with the decision of the Bureau of the FIFA Council because of undue third party interference.

The Bureau took this decision as a result of the fact that the PFF offices and its accounts remain in control of a court-appointed administrator, which constitutes a violation of the PFF obligations to manage its affairs independently and without influence from any third parties in accordance with the FIFA Statutes. The suspension will be lifted when the body becomes independent. 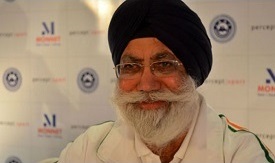 Gurbax Singh Sandhu was India’s longest-serving national coach for men, for two decades. Sandhu was the chief coach when India won its maiden Olympic medal in boxing through Vijender Singh in 2008. Dr. Bindeshwar Pathak is the founder of Sulabh International. 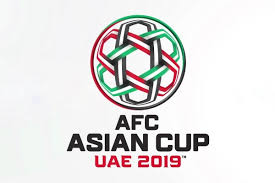 As India bagged a win over Macau by 4-1 at the Sree Kanteerava stadium in Bangalore, it qualified for 2019 Asian Cup, scheduled to take place in the United Arab Emirates. This is India's fourth qualification after 1964, 1984 and 2011.

Outstanding performances were given by players such as Balwant Singh and Sunil Chhetri. 4 goals were played by Rowlin Borges, Lam Seng, Jeje and Sunil Chhetri, whereas Macau’s one goal was done by Nicolas Tarrao. The 2019 AFC Asian Cup will be the 17th edition of the quadrennial international men's football championship of Asia organized by the Asian Football Confederation. 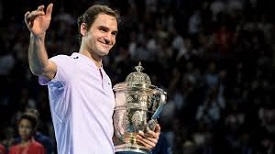 Roger Federer defeated Rafael Nadal in Shanghai Masters in straight sets 6-4, 6-3. Despite giving tough competition to the Swiss in the first set, Federer maintained his early lead to win the set 6-4. Nadal was initially going strong in the second set but Federer came back to break the serve and take the lead in the second set, ultimately winning it by 6-3.

It was a 94th title for the Swiss legend, drawing him level with the great Ivan Lendl. Federer is now close to world number one Nadal in terms of rankings points. 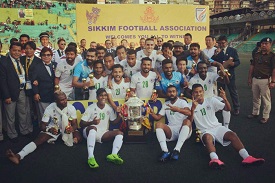 Chief Minister Pawan Kumar Chamling attended the final and gave away trophies and cash prize to winners and the runner-up. Mohun Bagan Athletic Club is a football club based in Kolkata, India. Club participates in top-flight domestic league of Indian football. 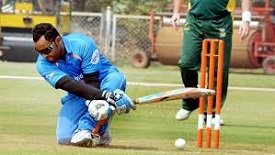 Andhra Pradesh and Karnataka were declared as joint winners in the Southern Regional Cricket tournament for visually impaired.

The final match between Andhra Pradesh and Karnataka scheduled to conduct at Thalassery Conorvayal Cricket Stadium was cancelled due to rain in the morning. Both teams would represent the South India to attend the National Cricket tournament for the blind at Mumbai. Blind cricket is a version of the sport of cricket adapted for blind and partially sighted players. It has been governed by the World Blind Cricket Council (WBCC) since 1996. 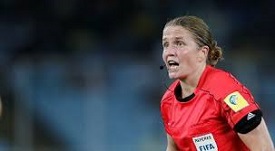 Switzerland’s Esther Staubli became first female referee to officiate a match at the FIFA U-17 World Cup. Her first match as a referee was between Japan and New Caledonia in the final round group E match. FIFA’s Referees Committee took an initiative to further develop women’s football and let women referees have an opportunity to gain more experience.

FIFA has appointed female referees for a men’s tournament as a logical consequence of an education programme that FIFA’s Refereeing Department began in 2016. 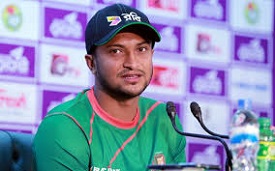 Bangladesh all-rounder Shakib Al Hasan became the first cricketer from the country to be inducted in the MCC World Cricket Committee. 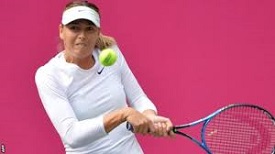 It was her 36th tour title and first in more than two years since the 2015 Italian Open. Sharapova served a 15-month ban after she tested positive for the banned substance Meldonium. Roger Federer defeated Rafael Nadal in the final of the Shanghai Masters.

Selena remained unbeaten all through this elite 2017 ITTF World Junior Circuit event. She defeated Mariam Alhodaby in the semifinal and then beat second seeded Marwa Alhodaby in the final to clinch the singles title. Selena paired up with Nigeria's Esther Oribamise in the doubles. 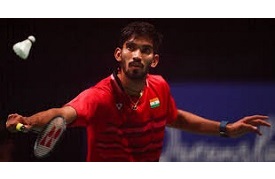 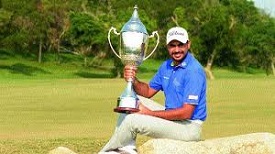 Lalit Upapdhyay won the goal of the match award while Akashdeep Singh was adjudged the Man of the match. India last won the title in 2007.

India are now tied with Pakistan as the second most successful team in the tournament, behind South Korea. The Koreans have won it four times. 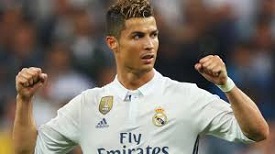 Real Madrid star Cristiano Ronaldo has won the Best FIFA Men's Player award for the second year in a row. He has beaten Lionel Messi and Neymar to win the award. He was presented the award at the Best FIFA Football Awards ceremony in London. 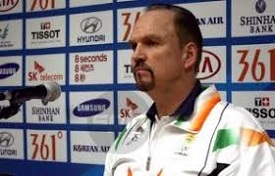 Former India coach Scott Flemming has joined NBA India as head of basketball operations. He will oversee the league's youth and elite basketball development initiatives in India, including the Reliance Foundation Jr. NBA program, The NBA Academy India and NBA Basketball School, and will work with key stakeholders across the country.

Flemming has 25 years of collegiate coaching experience. He has won two national coach of the year awards and a Christian College National Championship. 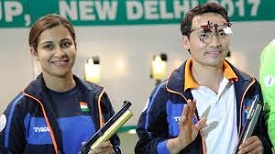 France's Goberville and Fouquet bagged the silver medal with 481.1, while the Chinese pairing of Cai and Yang managed to claim the bronze with a score of 418.2. The mixed team competitions were organised as test events in the World Cups held earlier this year and will be making their Olympic debut in the Tokyo 2020 Games. 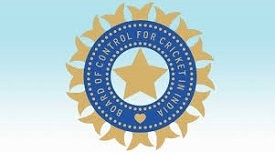 The Committee of Administrators (COA) has cleared Cricket Association of Puducherry's (CAP) associate membership in the Indian cricket board (BCCI).

The BCCI, in its SGM earlier this month, had approved Puducherry's associate membership.

With this Puducherry will be allowed to play the Ranji Trophy next year. It can also now host both international matches and the Board’s domestic games. 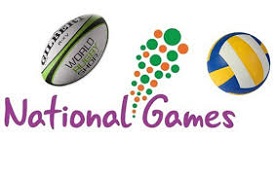 The 36th edition of National Games will be held next year from November 4 to 17. Sports Authority of Goa has finalized dates of the Games to be held after many delays.

The Games were scheduled in November 2016, but the Goa administration requested a postponement at the Indian Olympic Association’s Annual General Meeting due to assembly elections in the State. There was uncertainty over the dates of the 30-discipline event ever since the Games were awarded to the State in 2011. 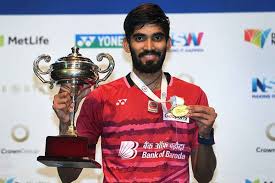 This is Srikanth's fourth Super Series title of the year and sixth overall. He became only the fourth player in the history of the game to win four super series titles in one year after Lin Dan, Lee Chong Wei and Chen Long.

Having already completed a hat trick of Super Series titles, Srikanth won his fourth title of the season. He clinched titles at Indonesia, Australia and Denmark earlier this year. 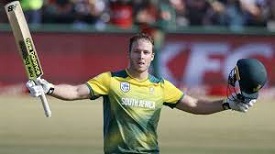 David Miller of South Africa scored the fastest century in the history of T20I cricket, while playing against Bangladesh. Miller scored the century in just 35 balls.

Miller surpassed the record of compatriot Richard Levi, who scored his century in 45 balls in Hamilton during their 2012 series against New Zealand.

The quickest T20I centuries are as follows: 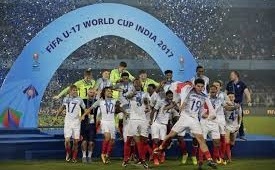 English striker Rhian Brewster with eight goals in the tournament won the Golden Boot. Spain finished runners-up for the fourth time after 1991, 2003 and 2007. It was England's first appearance in the under-17 final. In addition, Brazil beat Mali 2-0 to finish third. 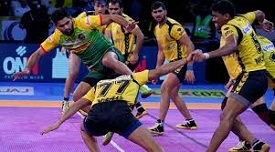 Patna Pirates defeated Gujarat Fortunegiants 55-38 at the Jawaharlal Nehru Indoor Stadium in Chennai to clinch the Pro Kabaddi League (PKL) season 5 title. It was the third consecutive season win for the Patna Pirates.

Raider Pardeep Narwal of Patna Pirates won 19 points to win the title for the team single handedly. He was awarded the most Valuable Player of the season. He scored a total of 369 points, the highest in the tournament. 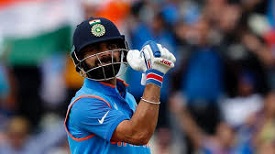 Virat Kohli became the fastest batsman to score 9,000 runs in ODIs beating A.B. de Villiers while batting against New Zealand in the third ODI in Kanpur. Kohli achieved the feat in his 194th ODI innings, which is 11 innings less than de Villiers took.

The other Indians to have scored more than 9000 runs are Sachin Tendulkar, Sourav Ganguly, Rahul Dravid, Mohammad Azharuddin and Mahendra Singh Dhoni. Kohli also notched up his 32nd One-Day International (ODI). He is now placed second in the list for most ODI hundreds after Sachin Tendulkar.