1 - Roll Out of ARPAN Version 3.0 for Defence Security Corps 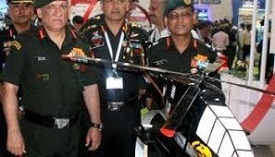 Defence Security Corps personnel now have a software ‘ARPAN’, developed by Tech Mahindra, which shall ease personal documentation and all issues related to their progression.

The ARPAN software consisting of seven modules facilitates end to end human resource, financial management of Junior Commissioned Officers and Other Ranks with major functional advantages of timely processing of postings, promotions, release of salary, publication of personal occurrences and processing of pension has been rolled out by DCOAS (IS &T) for the Defence Security Corps. This software provides valuable data for decision and policy making for the Defence Security Corps Directorate. 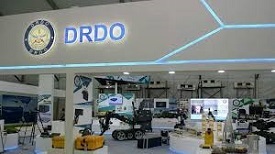 Defence Research and Development Organisation (DRDO) has transferred the technology of Bullet Proof Jacket (BPJ) to M/S MKU Limited, Kanpur for manufacturing these for the Indian Army and Para-Military Forces personnel.

The Indian Army General Staff Qualitative Requirement (GSQR) No. − 1438 BPJ technology has been developed by Defence Materials & Stores Research & Development Establishment (DMSRDE), a Kanpur based premier laboratory of DRDO. This technology is challenging and one of the most significant matured personal protection systems developed by DRDO among the various GSQRs of Indian Army meeting NIJ III+ Standard.

On its 85th anniversary, the Indian Air Force has launched an innovative mobile health App named `MedWatch'. ‘MedWatch’, available on the IAF's AFCEL network, comprises a host of features that will provide authentic health information to all IAF personnel. A Reminder Tool to enable timely immunization for the children of all Air Warriors is an important component of the App. This will directly enable 'Mission Indradhanush' of the Govt of India.

‘MedWatch’ is the first mobile health app in the three Armed Services. 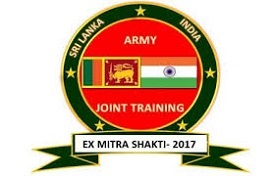 The fifth India - Sri Lanka Joint Training Exercise MITRA SHAKTI 2017 started with a grand Opening Ceremony conducted at Pune. The exercise is based on Counter Terrorist Operations and an Infantry company from both the countries is participating in the same. The spectacular display of Unarmed Combat, Khukri Dance and Pipe Band was carried out by Indian Army and Udarata Narthanaya by Sri Lanka Army.

The India - Sri Lanka joint training exercise MITRA SHAKTI 2017 will send a strong signal to the world that both India and Sri Lanka understand the emerging threat of terrorism. 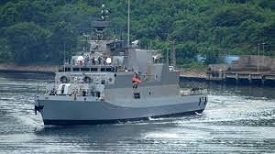 INS Kiltan (P30) is an anti-submarine warfare corvette of the Indian Navy built under Project 28. It is the third of four Kamorta-class corvettes. The ship was built by the Garden Reach Shipbuilders and Engineers, Kolkata. It is India’s first major warship to have a superstructure of carbon fibre composite material. INS Kiltan is also the first major warship to have undertaken sea trials of all major weapons and sensors as a pilot project. 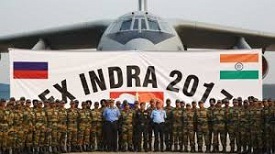 Exercise INDRA-2017, the first ever Tri Services Joint Exercise between Indian and Russian Armed Forces was conducted in the Eastern Military District of Russia from 19 to 29 Oct 2017. For the first time ever, this Exercise has been upgraded to involve all the three Services of the Armed Forces (Army, Navy & Air Force).

This exercise will be conducted at the 249th Combined Army Range Sergeevisky and in the Sea of Japan near Vladivostok. The Indian contingent will comprise of 350 personnel from Army, 80 from Air Force, 2 IL 76 aircraft and 1 Frigate and Corvette each from the Navy. 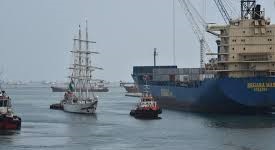 Indian Ships Tir, Sujata, Shardul, and ICGS Sarathi visited Jakarta, Indonesia from 18 to 22 Oct 17. The visit was aimed to expose the trainees to the conduct of IN warship in foreign waters, port familiarisation and foster bridges of friendship between the two countries. The visit of the ships coincided with the visit of Vice Admiral AR Karve, AVSM, Flag Officer Commanding-in-Chief (FOC-in-C), Southern Naval Command, which is the Training Command of the Indian Navy.

The ships belonged to the First Training Squadron of the Indian Navy functioning under the Southern Naval Command, headquartered at Kochi.

8 - A four-day conference of Navy commanders held in Delhi 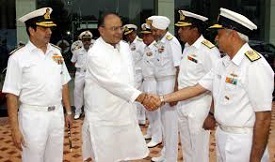 A four-day Naval Commanders’ Conference was held in New Delhi. The Conference served as a platform for institutionalized interaction between the Naval Commanders and senior government officials as also with the Chiefs of Indian Army and Indian Air Force.

The Chief of the Naval Staff, with the Commanders’-in-Chief, reviewed major Operational, Materiel, Human Resource, Training and Administrative activities undertaken in the last six months and deliberate the way-ahead on important activities and initiatives. 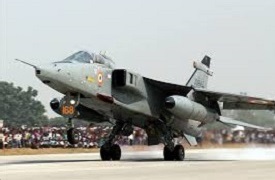 Indian Air Force carried out major landing operations on the Lucknow-Agra Expressway, about 60 km west of Lucknow. The series of landings took place close to Bangarmau in Unnao District of Uttar Pradesh, where a 3 km stretch was specially prepared for such operations.

Sixteen aircraft participated in the operation, which comprised IAF’s frontline Air Superiority Fighters including the Sukhoi-30, Mirage-2000 and Jaguar fighter aircraft. These aircraft took off from Bareilly, Gwalior and Gorakhpur respectively.

10 - INS Sukanya at Indonesia for Coordinated Patrol of IMBL 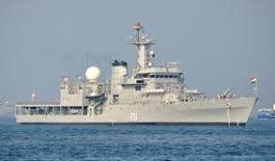 In pursuance with India’s ‘Act East Policy’, Indian Naval Ship Sukanya arrived at Belawan Indonesia to participate in the 30th edition of CORPAT (Coordinated Patrol) and third bilateral exercise between the Indian Navy and the Indonesian Navy. The exercise is aimed to foster closer maritime ties with countries located on the rim of the Indian Ocean.

The upcoming bi-lateral exercise CORPAT is scheduled from 24 Oct - 05 Nov 17. The aim of the CORPAT is to enhance mutual understanding and inter-operability between the navies and prosecute vessels involved in unlawful activities. 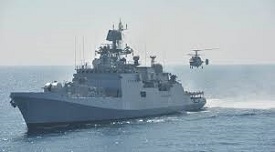 The Indian navy has approved a new Mission based Deployment Plan that involves deploying mission-ready ships and aircraft along critical sea-lanes of communications.

Indian Navy Chief Admiral Sunil Lanba approved the plan on the second day of the four day naval commanders' conference in New Delhi. A total of 14-15 ships will be deployed year-round in the region. These vessels are being used to monitor increased Chinese presence in these areas.

OPV ‘Vikram is the first-ever defence craft to be built in a private shipyard. It has a range of 5000 nautical miles and can reach speed of up to 26 knots. It is fitted with one 30 mm automatic gun and two 12.7 mm gun with fire control systems.