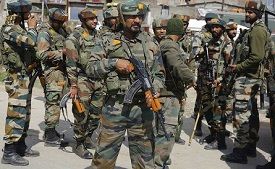 Rashtriya Rifles the premier fighting force of Indian Army was raised on 01 October 1990 by then Chief of Army Staff General VN Sharma. The force that is engaged in constant counter terrorism operations, celebrated 27 years of being deployed against insurgents in the country on 01 October 2017. Rashtriya Rifles stands as strong response to the Nation’s challenges. 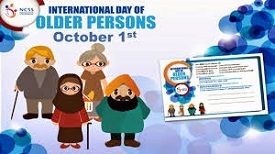 The theme for this year was “Stepping into the Future: Tapping the Talents, Contributions and Participation of Older Persons in Society” - the link between tapping the talents and contributions of older persons and achieving the implementation of the 2030 Agenda. 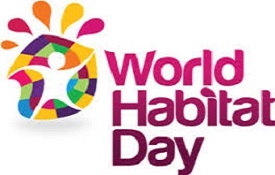 The United Nations’ (UN) World Habitat Day is annually celebrated on the first Monday of October. This year it was celebrated on 2 October. The purpose of the day is to reflect on the state of our cities and towns and the basic human right to adequate shelter. It also aims to remind the world of its collective social responsibility towards the habitat for all forms of life.

The theme for this year was based on ‘Housing Policies: Affordable Homes’, so as to ensure adequate shelter, safe and healthy living environment for all.

4 - International Day of Non-Violence observed across the world

The United Nations’ (UN) International Day of Non-Violence is observed annually on October 2 to promote non-violence through education and public awareness. The day coincides with the birthday of Mahatma Gandhi, leader of the Indian independence movement and pioneer of the philosophy and strategy of non-violence. 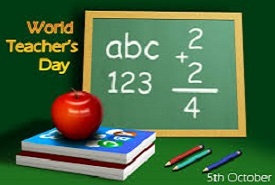 The World Teachers' Day is observed globally on October 5 annually to commemorate teacher organizations worldwide. The theme of 2017 World Teachers’ Day was “Teaching in Freedom, Empowering Teachers”. The day celebrates the importance of teachers in providing quality education at all levels.

UNESCO organized a global event on 5 October and an international conference that took place at UNESCO’s Headquarters in Paris. The conference highlighted the contribution of teachers in the development of our future citizens and discussed the issue of quality in higher education.

World Space Week is an international celebration of science and technology, and their contribution to the betterment of the human condition observed each year from October 4-10. The theme of the year 2017 was ‘Exploring New Worlds in Space’, highlighting the advancement of space technology and exploration.

7 - International Day of the Girl Child

This year, International Day of the Girl (11 October) will focus on the theme, "EmPOWER girls: Before, during and after conflict". The theme marks the beginning of a yearlong effort to spur global attention and action to the challenges and opportunities girls face before, during, and after crises. 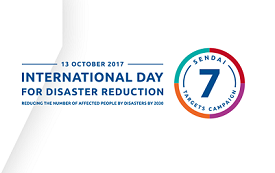 The International Day for Disaster Reduction is held every year on 13 October to promote a global culture of risk-awareness and disaster reduction. That includes disaster prevention, mitigation and preparedness. The campaign seeks to create a wave of awareness about actions taken to reduce mortality around the world.

The theme for 2017 was ‘Home Safe Home: Reducing Exposure, Reducing Displacement’. The 2017 edition continues as part of the "Sendai Seven" campaign, centred on the seven targets of the Sendai Framework.

9 - October 15 observed as the International Day of Rural Women 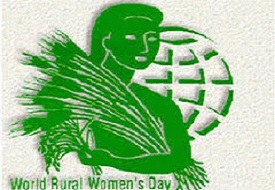 The first International Day of Rural Women was observed on 15 October 2008. This new international day, established by the General Assembly in its resolution 62/136 of 18 December 2007, recognizes “the critical role and contribution of rural women, including indigenous women, in enhancing agricultural and rural development, improving food security and eradicating rural poverty.”

The World Food Day was celebrated on 16 October. This day is observed every year. It marks the foundation of Food and Agriculture Organisation of the United Nations in 1945.

The global theme of World Food Day 2017 was ‘Change the future of migration, invest in food security and rural development’. By investing in rural development, the international community can also harness migration’s potential to support development and build the resilience of displaced and host communities, thereby laying the ground for long-term recovery and inclusive and sustainable growth.

11 - International Day for the Eradication of Poverty 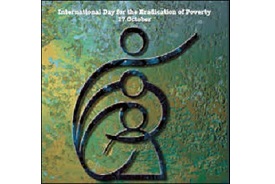 The United Nations’ (UN) International Day for the Eradication of Poverty is observed annually on October 17. The day promotes people’s awareness of the need to eradicate poverty and destitution worldwide, particularly in developing countries.

The theme for the year 2017 is - “Answering the Call of October 17 to end poverty: A path toward peaceful and inclusive societies”. The theme reminds the importance of the values of dignity, solidarity and voice underscored in the Call to Action to fight to end poverty everywhere. 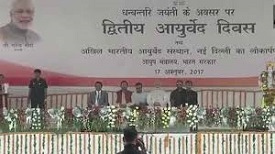 The second Ayurveda Day was celebrated on the 17 October at New Delhi. This day emphasizes the benefits of the Indian system of medicine.

PM Modi was the Chief Guest and had inaugurated the country's first All India Institute of Ayurveda, which is located in Sarita Vihar, New Delhi. The All India Institute of Ayurveda, set up on a total area of 10.015 acres on a budget of Rs. 157 crores, is the first medical institute under the AYUSH ministry to hold the coveted National Accreditation Board for Hospitals and Healthcare Providers (NABH) accreditation. 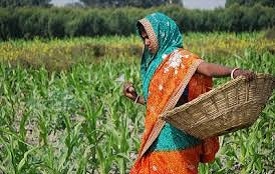 Mahindra & Mahindra Ltd. celebrated the ‘Mahila Kisan Diwas’ with the launch of Prerna - an initiative aimed at supporting and empowering Indian women in agriculture. The first project under Prerna is a collaboration between Mahindra & Mahindra, the Central Institution for Women in Agriculture (CIWA), a department of the Government of India's Indian Council of Agricultural Research (ICAR) and the NGO Pradan (Professional Assistance for Development Action).

The project will be initially launched in the state of Odisha, with the intention to affect the lives of over 1,500 families across 30 plus villages. 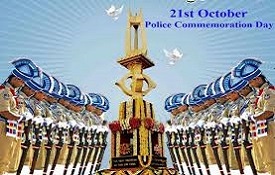 The Police Commemoration Day is observed annually on October 21. The day commemorates the sacrifices of ten police officers while defending our borders with China in 1959. Indian Police personnel were responsible for operating the 2,500-mile long border of India with Tibet until the autumn of 1959.

The United Nations Day is celebrated every year on October 24 to mark the anniversary of the entry into force in 1945 of the UN Charter. With the ratification of this founding document by the majority of its signatories, including the five permanent members of the Security Council, the United Nations officially came into being. 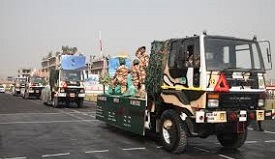 The Indo-Tibetan Border Police, one of the five central armed police forces of India, celebrated its 56th Raising Day on 24 October.

Raised in 1962, the ITBP guards 3488 KMs long borders in the Himalayas on the BOPs at altitudes ranging from 9K to 18.7 K ft. Apart from border guarding, the Force is also deployed for Anti-Naxal Operations and other Internal Security duties.

The General Assembly in 1972 established World Development Information Day to draw the attention of the world to development problems and the need to strengthen international cooperation to solve them. The Assembly decided that the date for the Day should coincide with United Nations Day, 24 October. The day leads to greater awareness of the problems of development, thus, promoting efforts in the sphere of international cooperation for development. 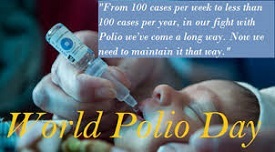 The World Polio Day is celebrated annually on 24 October. The Day was established by Rotary International over a decade ago to commemorate the birth of Jonas Salk, who led the first team to develop a vaccine against poliomyelitis.

The day marks an event that seeks to raise awareness and funds to end polio. Poliomyelitis (polio) is a highly infectious viral disease, which mainly affects young children below age of five. Russia vetoes UN Resolution to extend inspection of chemical attacks in Syria. 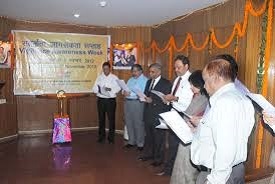 The Central Vigilance Commission (CVC) announced the Vigilance Awareness Week would to be observed from 30 October to 4 November 2017. The theme of the week was “My Vision-Corruption Free India” (“मेरालक्ष्य - भ्रष्टाचारमुक्तभारत”).

The observance of the Vigilance Awareness Week commenced with the Integrity Pledge by public servants in the Ministries/Departments/Central Public Sector Enterprises (CPSEs)/Public Sector Banks (PSBs) and all other Organizations on 30 October 2017 at 11.00 a.m. 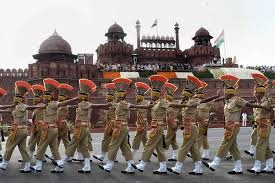 The 71st ‘Infantry Day’ was celebrated on 27 October. Infantry celebrates 27 October each year as the Infantry Day to commemorate the first Infantry action post-independence. In response to the threat posed to the sovereignty and territorial integrity of India, on this day in 1947, the leading elements of the Indian Army from 1st Battalion of the SIKH Regiment, air landed at Srinagar.

This bold action by the Indian Army and resolve displayed by the Infantrymen reversed the tide of events and thwarted the nefarious designs of Pakistani Raiders aided by the Pakistan Army. 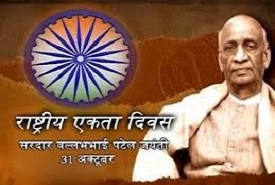 The Government of India observed 31 October all over the country to foster and reinforce the Government’s dedication to preserve and strengthen unity, integrity and security of our nation, by celebrating it as Rashtriya Ekta Diwas to commemorate the birth anniversary of Sardar Vallabhbhai Patel, one of the founding fathers of the Republic of India.

Celebrations included offering Floral Tribute to Sardar Patel at Patel Chowk by the Prime Minister Shri Narendra Modi, followed by administering Pledge and flagging off the Run for Unity. 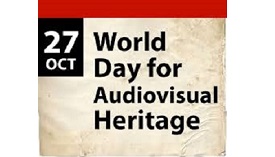 The General Conference of UNESCO approved the commemoration of a World Day for Audiovisual Heritage in 2005. This was done as a mechanism to raise general awareness of the need to preserve and safeguard important audiovisual material for future generations. In addition, for urgent measures to be taken to conserve this heritage and ensure it remains accessible to the public now, and to future generations.