1 - Gujarat to use Electronic Voting Machines in Assembly elections 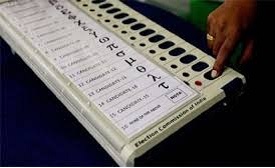 VVPAT machines help in maintaining transparency as it is attached to the EVMs that allow voters to verify if their vote has gone to the intended candidate. Several awareness drives and demonstrations in public will be conducted to educate voters using VVPAT. 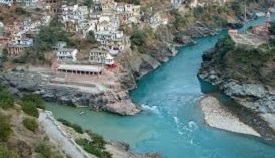 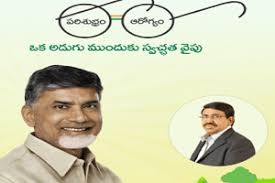 According to recent reports, Andhra Pradesh has reported increase in construction of toilets from 30% to 60%. State government is all set to construct 22 lakh more toilets by March 2018. 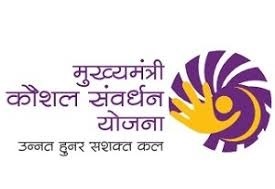 Madhya Pradesh state government launched Chief Minister's Skill Promotion and Skills Scheme to create job opportunities and training of youth. Schemes are named as Mukhya Mantri Kaushal Samvardhan and Kaushalya Yojana. It involves costing of 30 crores for schemes to be in operation from 2017-18 to 2019-20.

Under Kaushal Samvardhan, Tribal Affairs Department of MP government will train Scheduled Tribe category educated youths and Self-help groups. Successful trainees will be offered placements. Under the Mukhya Mantri Kaushalya Yojana, women will be trained for entrepreneurship. Domestic worker and food processing sector will be provided free of cost training. 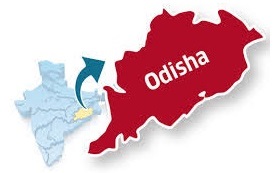 Government has come up with a model where basic amenities like water, power are in place and companies need to make the payment of base premium upfront for the land and the annual rent for rest of the 90 years (their lease). 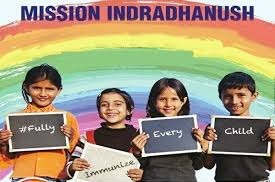 The Health Minister Bali Bhagat along with Minister of State for Health Asiea Naqash launched the campaign at the Kote Bhalwal sub-district hospital. Union Ministry of Health and Family Welfare has devised an aggressive action plan under the Mission to achieve full immunization by 2018. 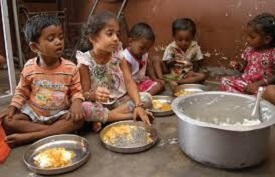 State government of Karnataka has come up with ‘Matrupurna’, a midday meal scheme for pregnant women and lactating women of particularly rural areas. Scheme is at aim to reduce malnutrition in children by ensuring pregnant women receive nutritious food and deliver healthy babies. Scheme is aimed to provide food, calcium and iron tablets to 53,812 women in the district level at their Anganwadi centers. There are overall 2,313 such centers across the district.

Scheme ensures to provide meals for atleast 300 days. Spending on each women under Matrupurna scheme is ₹21.

The scheme aims to provide access to curative geriatric health care services by way of additional insurance cover. If there are two senior citizens in a family then cover of Rs. 60,000 would be accessible on a floater basis to each the senior citizen. 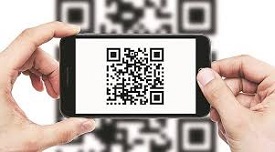 The Andhra Pradesh government has tied up with VISA for Digital Dhan Sankalp project. It is an initiative to develop Visakhapatnam into India’s first ‘less cash’ city.

The digital payment-enabled services include property and water tax at Greater Visakhapatnam Municipal Corporation, bus services run by APSRTC, iconic tourist locations under VUDA and utility services of EPDCL. The services will be extended all over Andhra Pradesh. 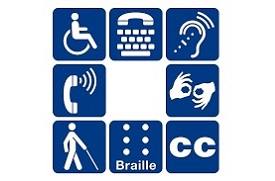 The Bihar state government approved reservations for differently abled persons in government jobs and educational institutions. The provision has been brought in accordance with the Persons with Disabilities Act, 2016. 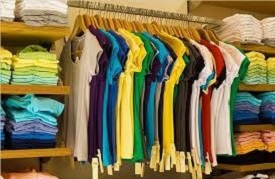 In order to make full use of cotton grown in the state, Gujarat state government launched Garments and Apparel Policy-2017. The policy will not only bring employment opportunities for women through the apparel industry but also make Gujarat topmost in textile sector, which produces more of cotton.

Under the Garment and Apparel Policy, state government will pay Rs. 4,000/month to female workers working in the factories, Rs. 3200/month to the male workers and subsidy of Rs.1 per unit in the electricity bill of the industrial unit for 5 years. 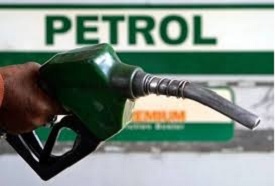 Madhya Pradesh Government reduced Value Added Tax, VAT on petrol and diesel. VAT on diesel has been reduced by 5% and on petrol by 3%. The Government has also eradicated surcharge on diesel, making it further cheaper by 1.5 Rupees per liter.

This step was taken to ease the burden of common person and farmers. VAT and Surcharge surge will put two thousand crore rupees extra burden on the State. Decision was taken by committee under the leadership of Chief Minister Shivraj Singh Chouhan. 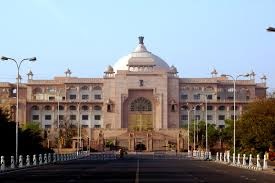 In order to support ‘Digital India’ initiatives by Central government, Rajasthan assembly introduced attention and adjournment motions and proposals online from legislators to send them to the state government. This will save time, labour and enhance paperless activity in the functioning of the assembly.

With this initiative, Rajasthan assembly became the first in India to call attention and adjournment motions and proposals online. This will help in bringing attention to urgent public issues, exchange or share information or reports among respective departments through digital mode. 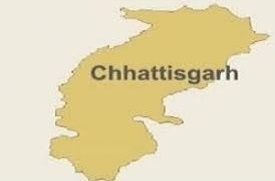 Chhattisgarh government has reduced the rate of interest on loan given to women and their self-help groups- under Saksham Yojna from 6.5% to 5%.

The initiative will allow the women and SHGs to easily avail the loan facility for self-employment and thereby become self-dependent.

The Chhattisgarh Mahila Kosh is operated by state's women and child development department to disburse easy term loans to women and SHGs. 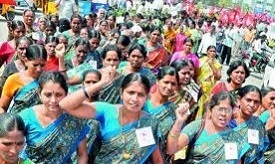 The Anganwadi workers will also be covered under the Chief Minister's Relief fund for treatment of critical diseases. The government also directed to constitute a Grievance Redressal forum for Anganwadi workers and to strengthen the infrastructures in 72,000 Anganwadi centers. 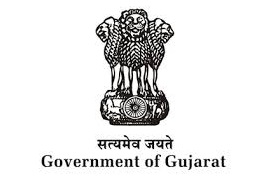 Gujarat Government has signed three MOUs under Make in Gujarat with investment up to Rs. 10,400 crores. It will provide employment to more than 21,000 youths of Gujarat. The major chemical company Ms. United Phosphorous Ltd. signed MOU of investment of Rs. 6000 Crores for a project near Dahej Chemical Port.

The Industries and Mines Department of Gujarat state has also signed MoU of Rs. 4100 crores with Grasim Industries Ltd who are producers of manmade fiber. Arvind Limited shall start a garment-manufacturing unit at Dehgam by investing Rs. 300 crores. 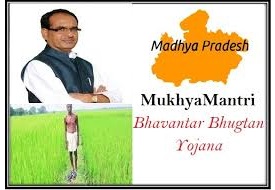 The scheme is a Price Deficit Financing Scheme to hedge price risks in agriculture wherein farmers will be compensated for distress sales at prices below Union government-announced minimum support prices (MSP).

Currently, compensation under this scheme will be provided for 8 crops including oilseed and pulses. 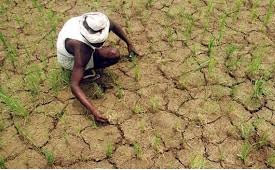 The Maharashtra state government has released a sum of Rs 4,000 crore under the first phase of the over Rs 34,000 crore farm loan waiver scheme that will cover more than 8 lakh farmers. 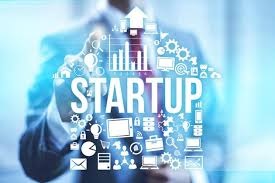 Kerala state government has given thumbs up to a proposal of the state Startup Mission (KSUM) to provide sabbatical leave to the faculty members of all colleges who intend to establish startups. An expert panel, headed by KSUM CEO Saji Gopinath, will select 10 faculty members on a pilot basis for the implementation of the project.

The new initiative would help members of the academic community in the state to become part of entrepreneurship. According to the proposal, teachers can start their own startups, form their groups or join as founders/co-founders along with students. 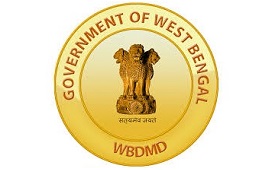 The West Bengal Government is going to set up centers for testing of viruses in collaboration with the National Institute of Virology, Pune. The decision was taken after it was found that cases of acute encephalitis went down due to effective testing of the blood samples sent to national institutes like National Institute of Virology, Pune, but reports from which places take three to four days to reach hospitals in the state.

With the setting up of the centers here, the State Government will get reports of blood samples of affected persons within 24 hours. 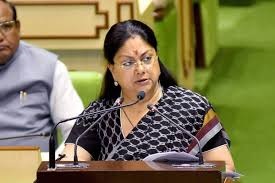 Rajasthan Government has introduced The Code of Criminal Procedure (Rajasthan Amendment) Bill, 2017 in the state assembly.

The Bill prohibits investigation without prior sanction against “a Judge or a Magistrate or a public servant” for any “act done by them while acting or purporting to act in the discharge of their official duties”. It replaces Criminal Laws (Rajasthan Amendment) Ordinance, 2017 promulgated in this regard. The media too cannot report on the accusation against such a person until the prosecution gets permission to proceed from the sanctioning authority. 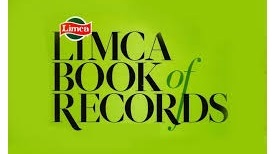 The Meghalaya Election department has entered the Limca Book of Records for the formation of a human logo by newly enrolled young voters of Meghalaya on 1 July 2017. It will feature in the forthcoming edition of the Book.

Around 2870 students from 113 schools, 3 colleges in the age group of 18 and 19 enrolled as new voters and formed a75 feet by 120 feet size human logo named - You 'N' I. The logo formation was part of the launching of the statewide special drive to enroll left-out voters with a special focus on first-time electors. 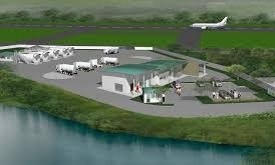 Tamil Nadu government laid the foundation stone for an aerospace park in neighboring Kancheepuram district, a facility that was expected to draw Rs 1,000 crore as investment in five years and create over 30,000 jobs.

The facility would come up over 245 acres of land at an estimated cost of Rs. 198 crore and was being implemented by State Industries Promotion Corporation Ltd (SIPCOT) and Tamil Nadu Industrial Development Corporation Ltd (TIDCO). 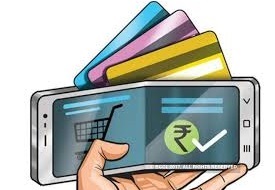 According to a report by Coeus Age Consulting, Madhya Pradesh has been ranked at the top in terms of digital initiatives undertaken, with a maximum score of 100.1 on performance index, followed by Maharashtra at 99.9 and Andhra Pradesh at 99.8.

Chhattisgarh (97.4) and Karnataka (95.3) occupied the fourth and fifth positions in the list, respectively. The report is based on a comparative assessment of digital initiatives by 36 states and Union Territories. 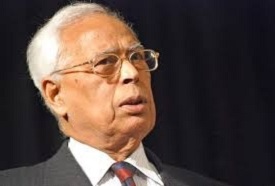 The Ordinance states that whoever announces direct action in the form of strikes, demonstrations or other public forms of protests, which result in damage to public as well as private property can be punished with imprisonment for a period of 2 to 5 years with a fine equivalent to the market value of the property damaged. 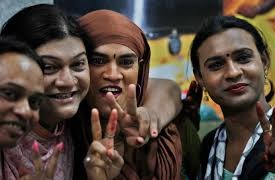 Karnataka cabinet cleared the State Policy for Transgenders, 2017 with an aim of bringing the community into the mainstream and safeguarding them from exploitation. The policy had been drafted in compliance with a landmark judgment by the Supreme Court on transgenders in 2014. In the policy approved, the term third gender will be used in all documents and communications.

A special cell for transgender will be set up for initiating welfare programs. Counseling centers will be established to address stigma, violence, identification and certification besides legal support. 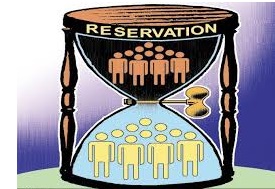 The Rajasthan Backward Classes Bill 2017 was passed by the State Assembly increasing the reservation of other backward classes from 21% to 26%. The total reservation in the state now stands at 54% from 50%. 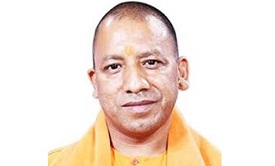 In Uttar Pradesh, E-Office system has been introduced in 22 departments at the state secretariat. Under the e-office system, physical files would be replaced with digital files, which would facilitate expeditious disposal of files.

Offices of the chief Secretary, Irrigation, Culture, Election, Sports, Youth Affaires, Milk Development, Khadi and Village Industry, Information, Mining, Minor Irrigation, Small and Medium Industry, Estate departments have also been connected with the E-office system. E Office system will be implemented at all departments at Lucknow by end of 2017 and all district headquarter by March 31 2018. 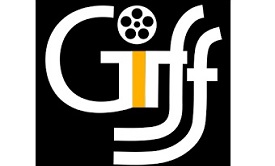 The first international film festival in Assam, Guwahati International Film Festival 2017 (GIFF), began on 28 October. It will end on 2 November. Iranian movie The Salesman will be the inaugural movie. The festival is being organized by Jyoti Chitraban society, Assam government and Dr. Bhupen Hazarika Regional Government Film and Television Institute.

Around 75 movies from 35 countries will be screened. The festival has sections like World Cinema, Indian Panorama and Cinema of Assam among others.

30 - Odisha Government to use Drones to survey slum 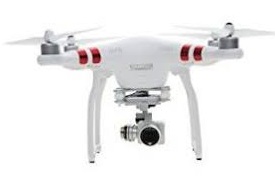 The Government of Odisha will use drones to conduct survey of slums in the state to know the exact areas and boundaries of the slums. During the first phase, slums in Konark of Puri district will be covered.

The State government had recently passed the “Odisha Land Rights to Slum Dwellers Ordinance, 2017” aiming to provide land and property rights to the economic weaker sections in towns and cities across the state. 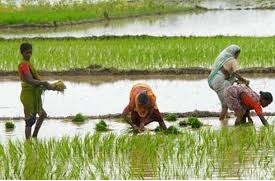 The Government of Karnataka has signed a Memorandum of Understanding (MoU) with Microsoft Corporation India Private Limited.

The MoU will experiment with the Karnataka Agricultural Price Commission (KAPC), Department of Agriculture to help improve price-forecasting practices to benefit farmers.

The MoU is also aimed at using digital tools that have the potential to deliver innovative innovations and artificial intelligence to help farmers get higher crop yields in the state.