1 - Aeris Communications in union with BSNL to bring IoT solutions

The leading telecom services provider of India, Bharat Sanchar Nigam Ltd. (BSNL) has entered into an agreement with leading Internet of Things (IoT) solutions provider Aeris to jointly tap the IoT market in India. Together the companies will offer packaged IoT solutions and services to enterprises, small and medium businesses and public sector undertakings among other segments in India.

The Aeris IoT Services platform, a comprehensive, patented and end-to-end IoT enabler for enterprise will serve as a strong and robust foundation for projects involving IoT. This partnership will open doors for wider propagation of IoT projects across the country as part of India’s digital transformation drive. 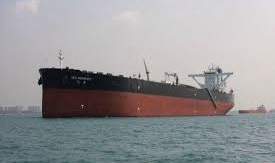 The first US crude oil cargo of 1.6 million barrels bought by Indian Oil Corporation from the US reached Paradip Port. Indian Oil will process the crude at its East-Coast base refineries, located at Paradip, Haldia, Barauni and Bongaigaon.

Indian Oil, which became the first Indian public sector refiner to source US Crude Oil, has placed a cumulative order 3.9 million barrels from the US. New arrangement would provide price stability and energy security for India. Bharat Petroleum has also placed orders from the US for about 2.95 million barrels and Hindustan Petroleum 1 million barrels for their Kochi and Vizag refineries.

The merger between Bharti Ghana (Airtel) and Millicom Ghana (Tigo) was pending for approval from Ghana’s National Communications Authority. Ghana’s National Communications Authority has provided approval for merger under certain conditions such as merged entities will have to present a network integration plan to the authority, over a period not exceeding 18 months, which will indicate how they intend to part with portions of their total spectrum allocation.

The merger approval is also subject to an option for government participation. Merger will empower entities to become the second largest mobile network operations in Ghana. 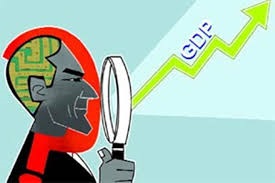 The International Monetary Fund (IMF) has lowered its growth forecast for the Indian economy by half a percentage point to 6.7% for FY 2017-18 because of disruptions caused by demonetization and roll out of the Goods and Services Tax (GST).

IMF expects the Indian economy to recover sharply in 2018 to grow at 7.4%.

In its latest World Economic Outlook, the IMF has raised global growth forecast for 20117 to 3.6%. 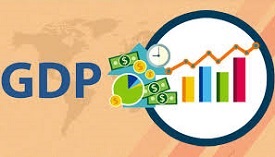 In its South Asia Economic Focus (Fall 2017) released by the World Bank, India's GDP growth forecast was reduced to 7% for 2017-18 from 7.2% estimated earlier, blaming disruptions caused by demonetization and GST implementation. The World Bank has projected the Indian economy to improve and grow at 7.4% by 2019-20.

Both the Asian Development Bank as well as the Organisation for Economic Cooperation and Development (OECD) have also cut their growth projections for India to 7% and 6.7%, respectively, for fiscal 2017-18. 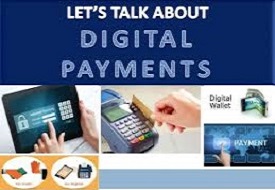 According to the World Payment Report, 2017 jointly commissioned by Capgemini and BNP Paribas, the non- cash transactions in India could grow at a CAGR of 26.2% during 2016 2020 as a result of various initiatives of the government and the National Payments Council of India (NPCI).

At that rate, India could potentially break into the global top 10 markets in terms of non-cash transaction volumes. It is expected that the digital transactions in India might reach close to 25 billion transactions during 2017-18, up from 4 billion in 2015-16.

7 - Amazon and Microsoft in union to launch Deep Learning Platform 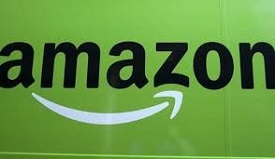 AWS and Microsoft published Gluon’s reference specification so other deep learning engines can be integrated with the interface.

8 - Direct tax collections in first half of current financial year rose to 15.8 % 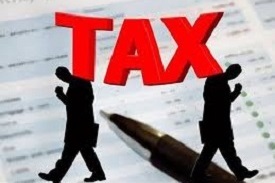 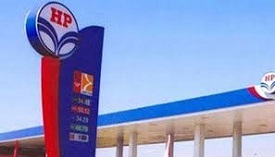 This deal has helped both the countries, as Myanmar needs more fuel as per its domestic requirement and Indian oil companies are looking for opportunity in supply of petroleum products, LPG, wax and petrochemicals. 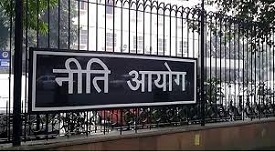 The Asian Development Bank has lowered India's current fiscal growth to 7% while RBI cut economic growth forecast to 6.7% from earlier projection of 7.3%.

11 - Myntra tied up with Textile Ministry to promote handloom industry

Online fashion e-tailer, Myntra, has launched its CSR initiative in association with the Union Textile Ministry, to work directly with weavers and elevate their economic stature.

Myntra will work on bringing artisans and their products online to provide them with access to new customers and opportunities. These products will retail on Myntra via a dedicated online store, creating a one-stop shop for handloom products. Myntra will also launch a new handloom brand during its upcoming annual Brand Summit, The Tech Threads, on November 2 in Bengaluru.

The Income Tax Department has launched an ‘online chat’ service for taxpayers where they can ask basic queries and doubts relating to direct tax issues and get answers.

A window has been hosted on the main page of the department’s website − www.incometaxindia.gov.in − with a prominent icon stating ‘Live Chat Online - ask your query.’ A team of experts from the department and independent tax practitioners has been deputed to answer the general queries of a taxpayer. 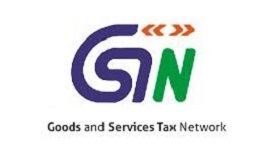 The Goods and Services Tax Network has launched an excel-based offline tool for businesses to file initial GSTR- 3B returns. The taxpayers can download the offline utility from the GSTN portal and after filling in the data, the file can be uploaded on GST portal.

The taxpayer can download the offline utility from the GST Portal under the Download Section. Taxpayers can open the GSTR-3B offline utility in their computer system, fill data and then create json file for uploading the same on GST Portal. 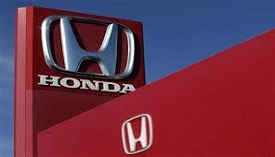 Honda Motorcycle and Scooter India (HMSI) has overtaken Bajaj Auto to become the second biggest bike seller in India during the first half of the current financial year.

15 - Foreign Exchange earnings through Tourism in India in September 2017

The growth rate in FEEs in US$ terms in September 2017 over September 2016 was 23.5%. FEEs are estimated on basis of per capita FEEs, FTAs and inflation factor. 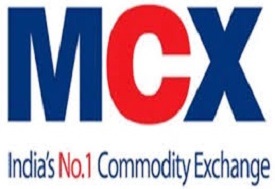 MCX launched India’s first commodity options in Gold. The product is a unique and first of its kind, yet is the most familiar one to Indian market participants. It is the country’s first listed, national-level, electronic, commodity futures exchange with permanent recognition from the Government of India.

MCX offers the benefits of fair price discovery and price risk management to the Indian commodity market ecosystem. Various commodities across segments are traded on the Exchange platform. These include bullion, energy, metals and Agri commodities. 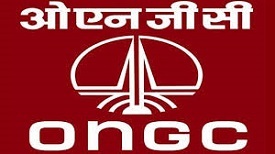 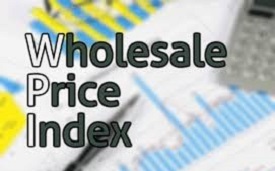 Wholesale inflation fell to 2.60% in September as prices of food articles, led by vegetables, softened. Inflation, based on the wholesale price index, WPI, had soared to a four-month high of 3.24% in August 2017. It was 1.36% in September 2017. 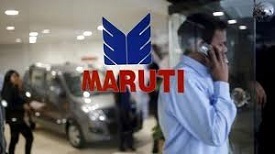 According to the latest data by Society of Indian Automobile Manufacturers (SIAM), Maruti Suzuki India has become the largest passenger cars exporter from India in the first half of the current financial year. Volkswagen, General Motors and Hyundai Motor India Ltd were the others in the top four respectively.

20 - EPFO launched a new facility to link UAN with Aadhaar

EPFO has launched a facility for its subscribers to link their Aadhaar with their UAN online. 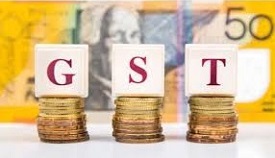 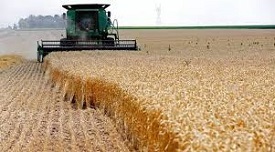 The Cabinet Committee on Economic Affairs (CCEA) has approved the MSPs of all Rabi (winter-sown) crops for 2017-18. MSP is the rate at which government buys grain from farmers. The support prices are in line with the recommendations of the Commission for Agricultural Costs and Prices. 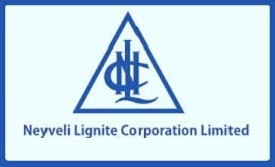 Government approved disinvestment of 3% equity shares of NLCIL as base offer, with an option to retain oversubscription up-to additional 2% equity shares. Retail investors are offered discount of 3.5% over cut-off price for non-retail category. 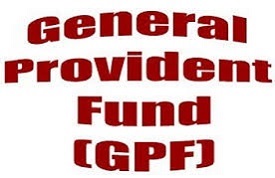 The Government of India has announced that during the Financial Year 2017-18, accumulations at the credit of subscribers to the General Provident Fund (GPF) and other similar funds shall carry interest at the rate of 7.8% with effect from 1 October 2017 to 31 December 2017.

This rate will be in force w.e.f. 1 October 2017. The rate is in line with that for Public Provident Fund. In July-September quarter too, the interest rate was 7.8%. This would apply on Provident Funds of central government employees, railways and defence forces. 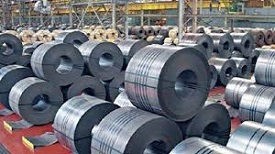 India has slapped anti-dumping duty on certain stainless steel products from China, Taiwan, South Korea, South Africa, Thailand, the United States and the European Union, to protect the domestic industry from cheap imports. The duty has been imposed by the Revenue department following recommendation by the Directorate General of Anti-Dumping and Allied Duties (DGAD).

The levy ranges between 4.58% and 57.39% of the landed value of cold-rolled flat products of stainless steel. The duty will be in effect until December 10, 2020, while certain grades of stainless steel have been exempted from the levy. 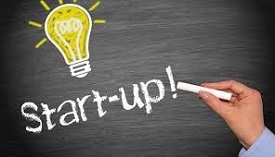 A joint ‘Start-up Sangam' program by 10 oil & gas sector PSUs to fund innovative start ups from across the country took off.

The 10 PSUs under the Ministry of Petroleum & Natural Gas, that is, IOCL, ONGC, EIL, OIL, NRL, BPCL, HPCL, GAIL, Balmer Lawrie and MRPL, have created a corpus of Rs. 320 crore for a period of 3 years. 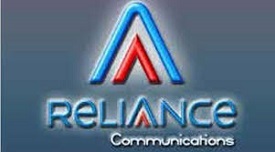 Reliance Communication Limited (RCOM) has received the Department of Telecommunication’s (DoT) approval for the demerger of the wireless business of Sistema Shyam Teleservices Limited (SSTL) into RCOM. RCom spectrum portfolio will be enhanced by 30 MHz, valued at Rs 7,400 crore as per latest auction prices.

Reliance Industries Ltd (RIL) became the first Indian company to cross Rs. 6 Trillion market capitalization. The shares of the company surged over 75% so far this year and hit a fresh lifetime high of Rs 947.25 on BSE as on 27 October. Currently, its market cap is at Rs. 6.02 Trillion.

29 - India overtakes US to become the second largest smartphone market 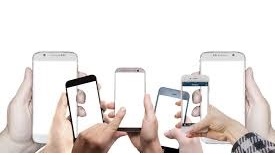 According to independent tech analyst, Canalys, India has overtaken the US to become the world’s second-largest smartphone market behind China.

India's movement up the ladder was helped by cheap handsets and the proliferation of fourth generation, or 4G, services.