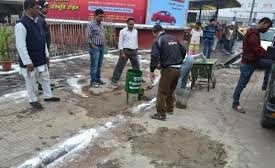 Delhi based citizen group ‘My Delhi Keep It Clean’ gets the award for promoting voluntary efforts to clean public places effectively using Face Book, in the Self-Help Group category, by the Ministry of Housing & Urban Affairs on the occasion of the third anniversary of the launch of Swacch Bharat Mission(Urban).

Other recipients were fertilizer cooperative, KRIBHCO chosen among the Companies category for marketing the highest quantity of 22,768 tons of compost during 2016-17. The Ministry felicitated 20 individuals and agencies in seven categories for significant contribution towards furthering the Clean India objective in urban areas. 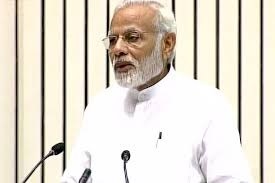 The Prime Minister, Shri Narendra Modi, on the third anniversary of the Swachh Bharat Mission, the Swachh Bharat Diwas, and the conclusion of Swachhata Hi Seva, gave away the Swachh Bharat National Awards at a ceremony in New Delhi. Awards were given to winners of essay, film and painting competitions organized as part of Swachh Sankalp se Swachh Siddhi.

The PM inaugurated a multimedia exhibition at the venue, which demonstrated various aspects of the Swachhata Hi Seva campaign and the Swachh Bharat Mission progress in the country.

3 - The 2017 Nobel Prize in Physiology or Medicine awarded to Jeffrey, Michael and Young 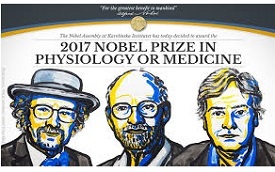 The Nobel Prize in Physiology or Medicine 2017 was awarded to USA’s trio Jeffrey C. Hall, Michael Rosbash and Michael W. Young for their discoveries of molecular mechanisms controlling the circadian rhythm. Awardees will be honoured with £825,000 and a medal encrypted with their name by The Nobel Assembly at Karolinska Institute.

Their discoveries explain how plants, animals and humans adapt their biological rhythm so that it is synchronized with the Earth's revolutions. Using fruit flies as a model organism, this year's Nobel laureates isolated a gene that controls the normal daily biological rhythm.

4 - The 2017 Nobel Prize for Physics shared by three people 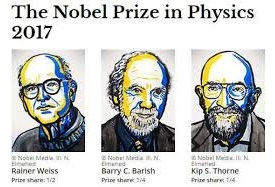 The Nobel Prize in Physics 2017 was divided, among three, one-half awarded to Rainer Weiss, the other half jointly to Barry C. Barish and Kip S. Thorne "for decisive contributions to the LIGO detector and the observation of gravitational waves".

In 2015, the universe's gravitational waves were observed for the very first time. The waves, which were predicted by Albert Einstein a hundred years ago, came from a collision between two black holes. It took 1.3 billion years for the waves to arrive at the LIGO detector in the USA. The 2017 Nobel Laureates completed the project.

5 - The 2017 Nobel Prize in Chemistry shared by three people

Researchers can now freeze biomolecules mid-movement and visualize processes they have never previously seen, which is decisive for both the basic understanding of life’s chemistry and for the development of pharmaceuticals. Awardees will receive 9 million Swedish krona, to be shared equally between the Laureates.

6 - Indian Entrepreneur B. Sasmal honoured with the UK Business Award 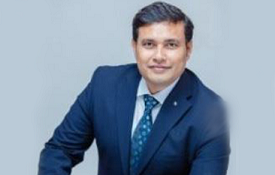 Indian Businessman and CEO of Subah, Birendra Sasmal was honoured with Asian Achievers Awards in London for International Business Person of the Year.

He was honoured for his immense contribution in turnover of a company into IT, telecoms and manufacturing success story thus extending its operations across West Africa.

Birendra Sasmal is based in Ghana. He has not only increased the company’s group revenue by over 3,000%, but also has proved it as one of Africa’s fastest growing tech company.

7 - Ministry of Health received the award for ‘Swachhta Pakhwada’ 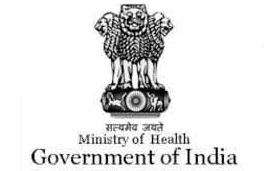 Swachhta Pakhwada started in April 2016 with the objective of bringing a fortnight of intense focus on the issues and practices of Swachhta by engaging GOI Ministries/Departments in their jurisdictions. 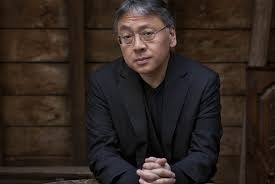 The Nobel Prize in Literature 2017 was awarded to 64 year old English author Kazuo Ishiguro "who, in novels of great emotional force, has uncovered the abyss beneath our illusory sense of connection with the world". Ishiguro’s writings are marked by a carefully restrained mode of expression, independent of whatever events are taking place.

He has written novels such as ‘A Pale View of Hills’,’ An Artist of the Floating World’, ‘The Remains of the Day’ etc. Apart from his eight books, Ishiguro has also written scripts for film and television. 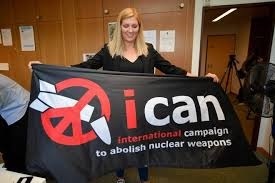 The Norwegian Nobel Committee decided to award the Nobel Peace Prize for 2017 to the International Campaign to Abolish Nuclear Weapons (ICAN). The organization is receiving the award for its work to draw attention to the catastrophic humanitarian consequences of any use of nuclear weapons and for its groundbreaking efforts to achieve a treaty-based prohibition of such weapons.

Through its work, ICAN has helped to fill this legal gap. Furthermore, ICAN has been the leading civil society actor in the endeavor to achieve a prohibition of nuclear weapons under international law. 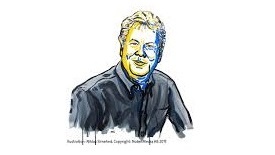 The Royal Swedish Academy of Sciences decided to award the Sveriges Riksbank Prize in Economic Sciences in Memory of Alfred Nobel 2017 to Richard H. Thaler (University of Chicago, IL, USA) "for his contributions to behavioral economics". Richard Thaler's contributions have built a bridge between the economic and psychological analyses of individual decision making.

Richard H. Thaler has incorporated psychologically realistic assumptions into analyses of economic decision-making. By exploring the consequences of limited rationality, social preferences, and lack of self-control, he has shown how these human traits systematically affect individual decisions as well as market outcomes. 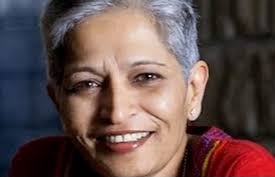 Anna Politkovskaya Award is given to brave-heart human rights defenders and victims of war who raise voice against wrong. Gauri Lankesh often raised her voice against religious violence, caste system and rise of Hindu groups. She was shot dead by unidentified killers in the lobby of her apartment in Bengaluru. 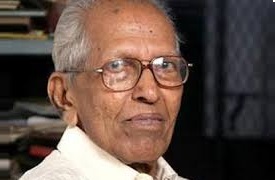 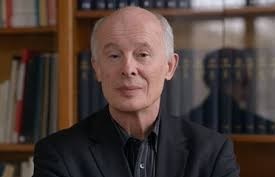 Environmentalist and Director of the Potsdam Institute for Climate Impact Research, Hans Joachim Schellnhuber was given environmental science award Blue Planet Prize for 2017 for establishing a new field of science, Earth System Analysis, and introducing most influential concepts including the notion of tipping elements in the climate system.

It is given to honour excellent thinkers who help to meet challenges of planetary dimensions. Hans Joachim was given 50 million yen as prize money. Other recipients were Gretchen Daily of Stanford University, USA for her outstanding research about biodiversity and natural capital. 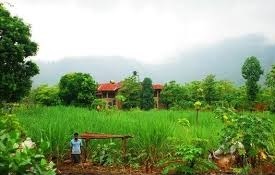 Palghar district’s Govardhan Eco Village was honoured with green platinum award by Indian Green Building Council. International Society for Krishna Consciousness has set up Govardhan Eco Village. The village is an independent farm community and retreat centre spread over an attractive landscape of 100 acres at Galtare in Wada taluka. Green Platinum award is given by the CII to enable sustainable built-environment for all.

15 - Alka Yagnik and Udit Narayan to Get Lata Mangeshkar Award 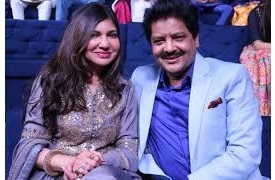 Playback singers Alka Yagnik and Udit Narayan have been selected for the Madhya Pradesh government's prestigious National Lata Mangeshkar Award for their contribution in the field of music composition and singing.

Noted music composers Usha Khanna, Bappi Lahiri and Anu Malik were also selected for the award. Each award winner will get a cash prize of Rs. 2 lakh, shawl, shreephal (coconut) and a citation.

This award is given every year alternatively to music directors and playback singers. 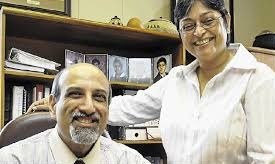 Professors Salim Abdool Karim and Quarraisha Abdool Karim were honoured for their exceptional contributions in the field of HIV/AIDS by Institute for Human Virology (IHV) in Baltimore in the US.

The South African Indian-origin researcher couples were presented the award by Robert Gallo, who discovered HIV as the cause of AIDS.

This professor couple was the first to demonstrate that Antiretrovirals could prevent sexual transmission of HIV in 2010. 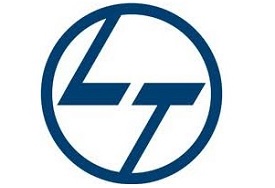 The Confederation of Indian Industry lauded LTTS’ efforts to create a collaborative ecosystem comprising of global technology firms and internationally reputed institutes to make advances in R&D, creating best in class engineering solutions that can benefit the nation.

18 - EDII honoured with the AICTE Award

The Entrepreneurship Development Institute of India was recognized for from All India Council for Technical Education (AICTE) for supporting start-ups, at International Science Festival’s Start-up Summit - 2017 held in Chennai. AICTE honours various outstanding achievement by academic and research institutes of India who promote active start-ups and entrepreneurs. Start-up contest winners were also announced at the summit.

The Entrepreneurship Development Institute of India has a curriculum that encourages new businesses and students to start new business ventures. EDII also has started a business incubation centre for Advancing and Launching Enterprises. 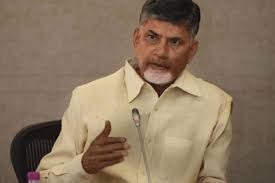 Andhra Pradesh Chief Minister N Chandrababu Naidu has been awarded with the 'Golden Peacock Award' under the category - Global Leadership in Public Service and Economic Transformation - at a convention in London for excelling in public services.

The Golden Peacock Award, instituted by the Institute of Directors (IOD), India in 1991, is regarded as a benchmark of corporate excellence worldwide.

Mr. Naidu’s wife and Managing Director of the Heritage Foods, Nara Bhuvaneswari also received the award under the category - Corporate Governance and Sustainability. 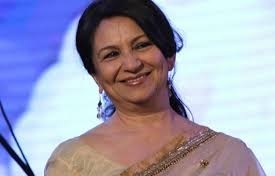 Veteran actor Sharmila Tagore was bestowed with the Lifetime Achievement Award by the PHD Chamber of Commerce and Industry for her contribution in the field of cinema. She made her debut in Satyajit Ray's Bengali film "Apur Sansar" in 1959.