1 - Pranab Mukherjee launched the third book in series of political memoirs, "The Coalition Years: 1996 to 2012 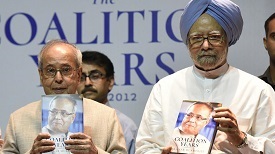 Former president Pranab Mukherjee released the third part of his memoir ‘The Coalition Years: 1996-2012’. Mukherjee’s memoir is the third in the series. The other two are - The Dramatic Decade: The Indira Gandhi Years and The Turbulent Years: 1980-1996.

A fourth book on the Presidential years is in the works. Pranab Mukherjee was the longest serving member of Congress working committee before he went on to become the 13th President of India. 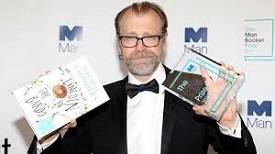 US author George Saunders has won the 2017 Man Booker Prize. He became only the second American writer to win Britain's renowned Prize, which was awarded for his first full-length novel "Lincoln in the Bardo". The prize was announced at a ceremony in London.

Judges for the prestigious English-language literary award praised the book as utterly original that chronicles the death of Abraham Lincoln's 11-year-old son Willie using the accounts of hundreds of narrators. 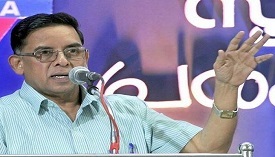 Eminent poet, lyricist and journalist Prabha Varma has been chosen for the prestigious Padma Prabha Puraskaram 2017 for his contribution to Malayalam literature. The award carries a cash prize of Rs 75,000, a plaque and a citation. It was instituted by the Padma Prabha Memorial Trust.

4 - ‘Beyond the Dream Girl', a biography of Hema Malini launched

Deepika Padukone launched the biography of veteran actor Hema Malini. The biography is titled Beyond the Dream Girl. It has been written by Ram Kamal Mukherjee.

The biography's foreword has been written by Prime Minister Narendra Modi.

Hema Malini made her debut in 1968 with Raj Kapoor's Sapno Ka Saudagar. She starred in films like Seeta Aur Geeta, Sholay, Dream Girl and Satte Pe Satta. She is also an accomplished classical dancer. 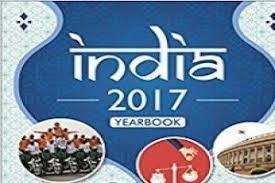 The e-book includes a plethora of information on important dignitaries, state policy, public schemes and important data about demographics, trade, economy and many other topics.

This book will help civil services aspirants as well as bureaucrats, corporate, business or journalists.