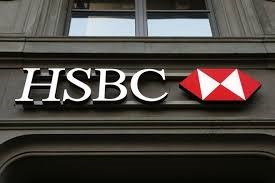 HSBC dealers oversee foreign exchange traders who swapped confidential information about investment positions to boost their own profits and conspired with traders at competing banks.

HSBC is asked to improve its controls and compliance risk management, as a part of enforcement action by US Federal Reserve. 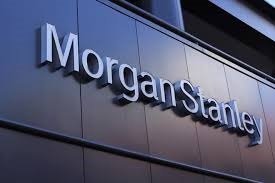 Morgan Stanley reported, India to be the world's fastest-growing large economy in the next 10 years, driven by digitization, favorable demographics, globalization and reforms. Morgan Stanley reported digitization to provide an enhancement of 50-75 bps to GDP growth and forecast that India will grow to a 6-trillion-dollar economy and achieve upper-middle income status by 2026-27. 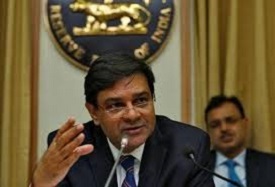 The Government has taken note of the decision of the RBI Monetary Policy Committee to keep the policy rates unchanged.

The Ministry of Finance noted that this decision has been made by the MPC in light of the underlying analysis. This implies the following points - (i) a downward revision of the real GVA growth forecast for 2017-18 from 7.3% to 6.7%. This leads to a widening of the output gap and (ii) a marginally upward revision of the CPI inflation forecast for the second half of the year. This means that an average inflation for the year 2017-18 as a whole of less than 4%.

Government of India received first installment of data from 13 banks regarding the bank account operations and post-demonetization transactions of some of the 2,09,032 suspicious companies that had been struck off the Register of Companies in earlier 2017. However operation of the bank accounts of these 2,09,032 suspicious companies were restricted for discharge of their liabilities only.

These 13 banks have submitted their First Installment of data. The data received from them pertains to merely about 5,800 companies involving 13,140 accounts. The data is only about 2.5% of suspected companies that have been struck off by the Government. 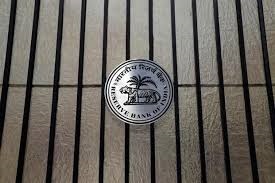 On the basis of an assessment of the current and evolving macroeconomic situation the Monetary Policy Committee (MPC) decided to keep the policy repo rate under the liquidity adjustment facility (LAF) unchanged at 6.0%. Consequently, the reverse repo rate under the LAF remains at 5.75 per cent, and the marginal standing facility (MSF) rate and the Bank Rate at 6.25 per cent.

The decision of the MPC is consistent with a neutral stance of monetary policy in consonance with the objective of achieving the medium-term target for consumer price index (CPI) inflation of 4 per cent. 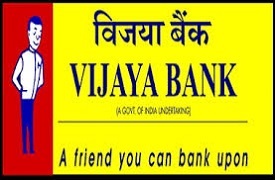 Hindustan Petroleum Corporation Ltd and Vijaya Bank entered into an agreement for ease of digital payments. This will allow all HPCL retail outlets with BHIM/UPI merchant solutions. Therefore, all petrol pump attendants and LPG delivery personnel will be able to accept digital payments. Customers can make payments by scanning QR code through BHIM Vijaya or any BHIM app.

Vijaya bank has thus participated in the rollout with HPCL for BHIM/ UPI payments. There will pilot launch at five outlets to enable UPI acceptance in all HPCL outlets throughout Karnataka. 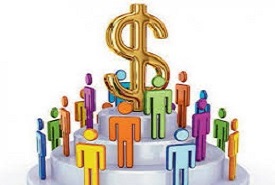 World Bank released estimated that India would retain its position in top remittances receiving country in 2017 with USD 65 Billion received by India in 2017. India received remittances amounting to USD 62.7 billion in 2016. According to World Bank report, remittances that include flows to high-income countries are expected to grow by 3.9% to USD 596 Billion.

Other countries that are expected to be in top five list are China (USD 61 billion), the Philippines (USD 33 billion), Mexico (USD 31 billion), and Nigeria (USD 22 billion). 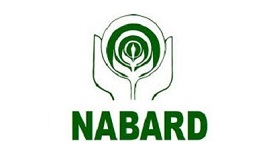 The National Bank for Agriculture and Rural Development’s (NABARD) has bought an additional 7% stake in Small Industries Development Bank of India (SIDBI) for Rs 900 crore from IDBI Bank Ltd. NABARD's total shareholding in SIDBI has gone up to 10%.

IDBI had put its entire 16.25% stake in SIDBI on sale in August 2017. SIDBI is the principal financial Institution for the promotion, financing and development of the micro, small and medium enterprise sector.

9 - Axis Bank appointed Sangram Singh as the CEO of Freecharge

Freecharge presently has a revenue of about Rs. 80 crores. Snapdeal had bought Freecharge in April 2015 for an estimated $400 million. The acquisition will help Axis Bank get access to about 52 million mobile wallet holders of Freecharge. 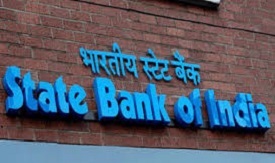 The State Bank of India launched a new product to provide a short-term working capital demand loan to its MSME clients. The new initiative, called SME Assist, would offer loans to MSME customers based on their input credit claims under GST. The loans will be offered at a concessional rate of interest. It will also help stabilize the SMEs to run their operations without any hurdle.

This product will help them to manage their working capital requirement until the time they get input credit. The loan-processing fee under the scheme is Rs. 2,000. 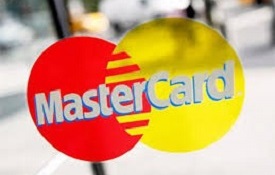 In order to strengthen its share in the Indian Fintech or digital payment space and focus on solving "India-specific" problems in the areas of technology and financial enablement, MasterCard launched its first Indian innovation centre in Pune, India. This innovation centre will be considered as second MasterCard Labs in Asia-Pacific and ninth in the world.

Abu Dhabi Global Market (ADGM), the International Financial Centre in Abu Dhabi and YES BANK have signed an MOU to further foster cross-border exchange between the FinTech ecosystems of the UAE and India.

The collaboration will enable FinTech innovators from the Middle East region and India to apply into YES FinTech programs and the ADGM’s Regulatory Laboratory (RegLab)* and have the opportunity to expand into each other’s markets. 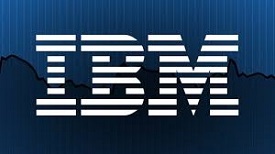 IBM announced a new Blockchain banking solution that will help financial institutions address the processes of universal cross-border payments, designed to reduce the settlement time and lower the cost of completing global payments for businesses and consumers.

Using IBM Blockchain, and in collaboration with technology partners Stellar.org and KlickEx Group, the solution is intended to improve the speed in which banks both clear and settle payment transactions on a single network in near real time. 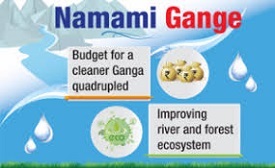 Yes Bank has committed to provide Rs. 156 crores to fund first Sewage Treatment Plant (STP) to be constructed at Varanasi under Hybrid Annuity-PPP Model. The bank has signed a deal with Essel Infraprojects.

Essel Infraproject marks India’s first STP project under PPP Model to treat sewage-entering river Ganga. The agreement for the project was signed between Essel Infraprojects and National Mission for Clean Ganga (NMCG) on October 11 in Delhi. 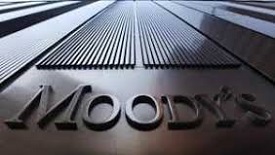 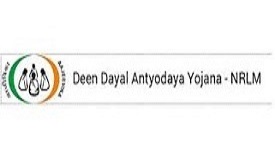 The Reserve Bank of India has said that banks will provide funds to women SHGs (Self-Help groups) in rural areas at 7% under the Deendayal Antyodaya Yojana - National Rural Livelihoods Mission (DAY-NRLM) in the current financial year.

The Cabinet has approved a capitalization plan of Rs. 2.11 lakh crore rupees for public sector banks over the next two years, in a bid to clean banks' books and revive investment in a slowing economy. 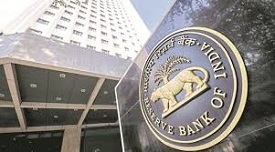 The Reserve Bank of India (RBI) formed a high-level task force on public credit registry (PCR) for India. The panel will review the current availability of information on credit in India. It will be headed by Y M Deosthalee, who is the former CMD of L&T Finance Holdings Ltd. It will have nine other members.

The PCR is an extensive database to enhance the efficiency of credit market in India and help control delinquencies. The task force will submit its report by 4 April 2018.

The Engineering Export Promotion Council (EEPC) of India has inked a memorandum of understanding with Punjab National Bank to provide easy access to finance for SMEs and merchant exporters of the council. PNB will provide loans up to Rs. 10 crore within six to seven weeks of application at competitive rates.

PNB would also extend foreign currency loan facilities as a part of the agreement. Engineering exporters would be given a ‘Gold card’ under which additional benefits like quicker sanction and disbursal of loan will be extended.

The State Bank of India (SBI) has inked a memorandum of understanding with Escorts Ltd., to finance farmers for purchase of Escorts tractors.

The tie-up with Escorts is to promote market and make accessible, organized finance facility, with superior features, at competitive interest rates to farmers across the country, who wish purchase Powertrac and Farmtrac tractors manufactured by Escorts. Escorts is a leading tractor and construction equipment manufacturer at Faridabad in Haryana. 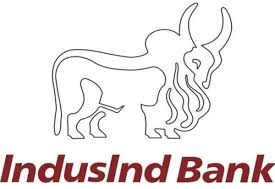 The unique ‘Direct Debit Feature’ will allow IndusInd Bank Account holders to link their accounts just once and pay using the cobrand App as and when required, thereby eliminating the need to load the Mobikwik prepaid wallet separately.

State Bank of India is creating the largest innovation centre by any financial services company in the country. This centre will be located at its Global IT Centre in Belapur in Navi Mumbai. The 15,000-sqft innovation centre is being built at an estimated cost of Rs. 100 crores.

The centre will have 40 dedicated zones for each technology like blockchain, artificial intelligence and machine learning, among others. SBI has decided to allocate about 5% of its IT budget for innovation. 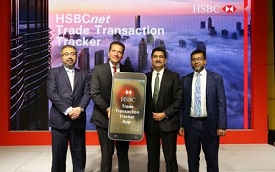 HSBC has launched Trade Transaction Tracker, a mobile application (app) which will enable the bank’s corporate customers to track their trade transactions on a real-time basis. This feature has been built into the existing HSBCnet Mobile Application and has been launched in select countries in which HSBC operates, including India.

The Trade Transaction Tracker is a simple, easy-to-use tool. It will provide a global view of import and export documentary credit and collections transactions, across markets in one single app. 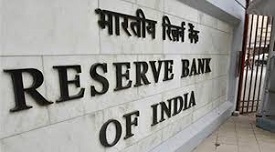 The Reserve Bank of India (RBI) is planning to make Legal Entity Identifier (LEI) mandatory for companies having aggregate fund-based and non-fund based exposure over Rs. 5 crore. LEI is a unique 20 digit alphanumeric code that will be assigned to corporate borrowers. Banks will be required to capture this number in the Central Repository of Information on Large Credits (CRILC) database that captures details of loan above Rs. 5 crore.

The Reserve Bank of India has slapped a monetary penalty of ₹2 crore on IDFC Bank for contravention of regulatory restrictions pertaining to loans and advances.

The regulator also slapped a Rs. 6 crore penalty on Yes Bank Ltd for breaching its rules on classifying non-performing assets and failing to report a security incident involving its ATMs on time. The Yes Bank Ltd., violated the Income Recognition Asset Classification (IRAC) norms on dealing with assessment of bad loans as of March-end 2016.

The Asian Development Bank and the Government of India signed a $65.5 million loan agreement to continue interventions to check coastal erosion on the Western Coast in Karnataka.

The loan is the Second Tranche of a $250 million financing facility under the Sustainable Coastal Protection and Management Investment Program. The financing will be used for strengthening institutional capacity of Karnataka’s Public Works, Ports and Inland Water Transport Department. The project will consist of eight coastal protection subprojects to address the issues of medium to severe coastal erosion resulting in protection of about 54 km of coastline in Karnataka.

The Union Minister for Finance and Corporate Affairs, Shri Arun Jaitley launched the mandatory use of Public Finance Management System (PFMS) for all the Central Sector Schemes of the Government of India would help in tracking and monitoring the flow of funds to the implementing agencies.

The monitoring of funds through PFMS can reveal the actual status of utilization of funds by the multiple implementing agencies of the Central and the State Governments. These Central Sector Schemes covers over 31% of the total Central Government expenditure during the current financial year 2017-18.

Foreign investors have pumped in close to 3 billion dollars in the Indian capital markets in October 2017 due to high nominal and real yields and stable macroeconomic conditions.