1 - Rajghat gets Mahatma Statue, for the first time 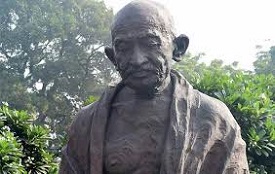 The Vice President of India Shri M. Venkaiah Naidu unveiled a 1.80-meter tall bronze statue of Mahatma Gandhi on the 148th Birth Anniversary at Rajghat, the Samadhi of the Father of the Nation in Delhi. The statue, sculpted by the renowned Shri Ram Sutar is installed at a cost of Rs.8.73 lakhs with a message “Be the Change You Wish to see” inscribed on the front side of the pedestal.

Shri Venkaiah Naidu inaugurated an Interpretation Centre of the complex. Over 10,000 visitors and foreign dignitaries pay homage to the Father of the Nation daily. 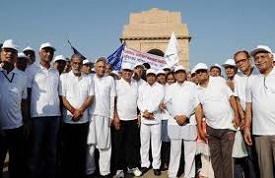 To mark the ‘International day of Older Persons’ on 2nd October, 14th Walkathon was organized on 2nd October in Delhi where more than 5000 participants gathered for a noble cause to spread the message of caring and giving respect to older persons and senior citizens. The theme for this year was “Stepping into the Future: Tapping the Talents, Contributions and Participation of Older Persons in Society.

On the International Day of Older Persons, every year since 2005 the mass awareness event “Walkathon” is being held at India Gate.

A high-level delegation from the Government of India and the United States planned 2017 Global Entrepreneurship Summit, to be held November 28-30 at the Hyderabad International Convention Centre in Hyderabad, India. GES 2017 will create an environment that empowers innovators, particularly women, to take their ideas to the next level.

The theme for this year is “Women First, Prosperity for All” to celebrate the entrepreneurial spirit in all its strengths and diversity. GES 2017 agenda consists of breakout sessions, master classes, and workshops. 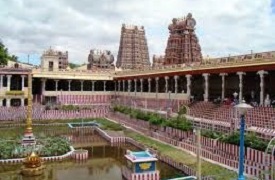 Tamil Nadu’s Sri Meenakshi Sundareswarar temple has 25 e-toilets (one toilet after every 50 meters), 15 water ATMs, two road sweepers and battery-operated vehicles to clean this stretch. The officials are planning to install a sewage treatment plant as well for recycling of wastewater. 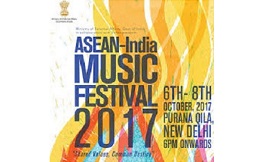 The Ministry of External Affairs, Government of India in collaboration with the Ministry of Culture and Seher celebrated the first ever ASEAN-India Music Festival in Delhi, to mark the 25th year anniversary of ASEAN-India Dialogue Relations. The theme for 2017 "Shared Values, Common Destiny” and Music Festival, both are aimed to boost cultural influences among the peoples of the ASEAN member states and India.

The three-day festival witnessed eclectic performances by musicians of 10 enigmatic bands from member states of ASEAN and 5 prominent Indian bands.

The purpose of the conference was to provides a common platform for the AYUSH and Allopathy Practitioners, Researchers, Academicians, Policy Makers and students and enable them to capture and understand various dimensions of the yoga for wellness.

The Global Conference on Cyber Space (GCCS) 2017 is being improved. The fifth edition, being hosted by India is to be inaugurated by the Prime Minister of India, Shri Narendra Modi on November 23, 2017. It will see participation of ministers, officials, industry leaders and academia engaged in the global cyber ecosystem.

‘Cyber4All’ will be the main theme of this largest ever event of its kind with four sub themes - Cyber4InclusiveGrowth, Cyber4Digitalinclusion, Cyber4Security and Cyber4Diplomacy. A unique initiative at the fifth GCCS is the Global Cyber Challenge called Peace-a-thon will take place.

For human capacity building in S&T, the 2018-India Science and Research Fellowship (ISRF) scheme will provide a fully paid fellowship to researchers, scientists and academicians from neighboring countries. One of the key aspects agreed was a mechanism for knowledge transfer and adoption for societal development.

Day two of the India International Science Festival (IISF) in Anna University campus at Chennai saw the making of a new Guinness World Record for the Largest Biology Lesson. One thousand forty nine (1049) students participated in the record-breaking session. Students from 20 local schools participated in the event.

The biology lesson was delivered by Ms. Lakhsmi Prabhu from Shri Shankar senior Secondary School. A live demonstration on the process of isolation of DNA from Papaya fruit was also part of the program. Dr. Harsh Vardhan congratulated the students in creating New Guinness World Record.

The five-day India water week (IWW) - 2017 concluded in New Delhi with a call for efficient management of available water resources in the country by Union Agriculture and Farmers’ Welfare Minister.

The theme of IWW - 2017 was “Water and Energy for Inclusive Growth”. The event had detailed discussions on Water, Food and Energy Security - Essential requirement for sustainable development, Water for inclusive Growth, Sustainable energy development - Key for all round economic growth and Water and Society. 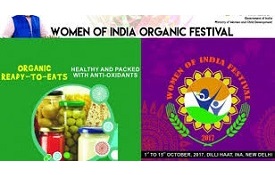 The Women of India Organic Festival organized by the Ministry of Women & Child Development came to a successful close on 15 October 2017. The festival was organized at Dilli Haaat, New Delhi as the largest festival of organic products by women farmers and producers.

The total sales by the women farmers and entrepreneurs who came from 25 States was Rs.1.84 Crores in 2017 women of India Organic Festival. The festival saw footfall of around 2.35 lakhs visitors. The main aim of the Festival was to support and encourage women and women-led groups that promote organic farming. 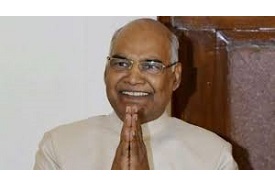 The President of India, Shri Ram Nath Kovind, launched the Technocity project in Thiruvananthapuram and laid the foundation stone for the first government building in Technocity. The development of Technocity will provide new opportunities for the young people of Kerala.

Kerala has advantages in three areas. The first is Information Technology. The others are tourism and health-care. These are the areas where jobs and employment opportunities lie for our youth, especially for the talented young men and women of Kerala. 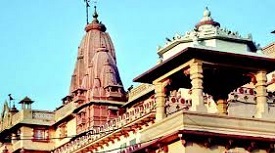 The Uttar Pradesh state government has notified Vrindavan and Barsana towns in Mathura district as “pavitra teerth sthals (sacred pilgrimage sites)”. Henceforth, no meat and liquor shops will be allowed in these towns.

The move is aimed to honour the sentiments of devotees and will help in restoring the age-old traditions of these places. The two cities are the first two places to be notified as teerth sthal in government records. Barsana is a nagar panchayat.