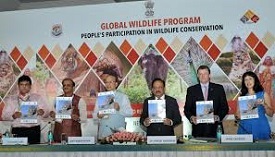 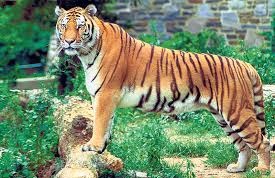 It has been for the first time that India and Nepal will unanimously conduct tiger census in various national parks, forests and sanctuaries in Nepal and those in India adjoining Nepal using the globally recognized method and same camera tapping method. Nepalese and Indian conservation officials and experts would capture tiger movements in tiger habitats as well as their roaming areas.

This practice will help in avoiding re-counting of same tigers. Tiger is categorized as an Endangered Animal, and the same was declared in the Convention on International Trade in Endangered Species.

3 - Turtle Sanctuary to be set up in Allahabad 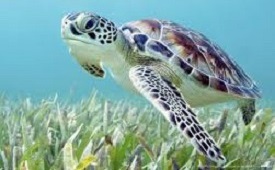 In order to protect the rich aquatic biodiversity of river Ganga from escalating anthropogenic pressures, development of a Turtle sanctuary in Allahabad along with a River Biodiversity Park at Sangam have been approved under Namami Gange program.

The project at an estimated cost of Rs 1.34 crore would include development of River Biodiversity Park at Sangam, establishment of a Turtle Rearing and awareness about the importance of river Ganga. This project will provide much-needed platform to make the visitors aware of their place in the ecosystem, their roles and responsibilities. 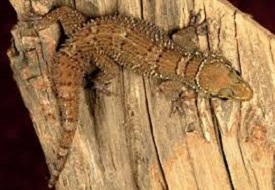 Hemidactylus kangerensis has distinct features such as specific scales on its thighs (which are visible only on closer inspection) and black bordered beige bands. 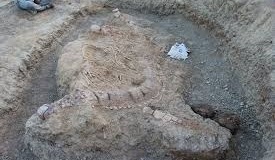 A team of scientists in India led by Prof Guntupalli VR Prasad has discovered a 152 million year-old fossil of an ichthyosaur, which is said to be an extinct marine reptile in the western state of Gujarat.

It is for the first time an ichthyosaur fossil has been discovered in India. It was found inside rocks from the Mesozoic Era, which ran between 252 and 66 million years ago, in the Kutch desert. Only parts of the skull and tailbones were found to be missing. The name means fish-lizard, although the creature has been classified as a reptile since the mid-19th Century.