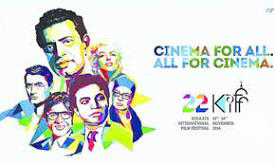 The Kolkata International Film Festival was held from Nov. 8 to Nov. 15. Satyajit Ray directed Gupi Gayen, Bhagha Bayen was the inaugural film of this festival. The Focus Country of the festival was Germany.

The winners in different categories are:

2 - Mumbai and Hyderabad join the UNESCO Network of Creative Cities 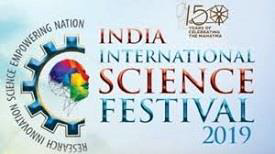 Prime Minister Narendra Modi inaugurated the 5th edition of India International Science Festival (IISF) 2019 through video conferencing in Kolkata. The four-day science festival was organized from November 5-8. The festival aimed to build a strategy for inclusive advancement of Science and Technology.

The Theme for this year's festival was "RISEN India – Research, Innovation, and Science Empowering the Nation. The India International Science Festival (IISF) was launched in 2015 to promote Science and Technology. 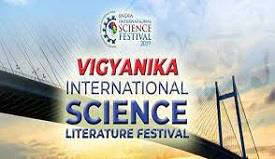 Vigyanika-International Science Literature Festival was organised as part of the 5th India International Science Festival (IISF) 2019 at the Biswa Bangla Convention Centre in Kolkata. It is being coordinated by the CSIR-National Institute of Science Communication and Information Resources (CSIR-NISCAIR), Vigyan Prasar and Vigyan Bharati.

The Vigyanika-International Science Literature Festival also featured a Science Book Fair where more than thirty publishers displayed their scientific publications. The International Science Literature Festival was inaugurated on 5th November 2019. It is an annual event organised jointly by the Ministry of Science & Technology and Earth Sciences and Vijnana Bharati (Vibha). 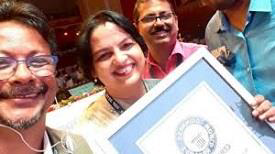 The Guinness World Records for the largest astrophysics lesson (45 minutes) and assembly of spectroscopes was successfully achieved at the Science City, Kolkata on the first day of India International Science Festival (IISF) 2019 with the participation of over 1,598 students.

Astronomers use spectroscopes to know details like temperature, chemical composition, etc. of celestial objects hundreds or millions of light years away from us. A small personal model of advanced spectroscopes can easily be made by anyone using a box made of cardboard that has a very narrow window used to channel light into the spectroscope.

The Eleventh edition of Bal Sangam organised by the National School of Drama, NSD, was held in New Delhi. It was a confluence of folk and traditional art forms performed by children. The four-day festival showcased enthralling folk and traditional performing arts and folk theatre dedicated to children. 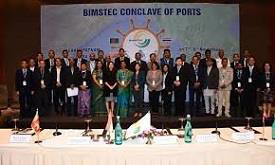 The two-day BIMSTEC (Bay of Bengal Initiative Multi-Sector Technical and Economic Cooperation) Conclave was held at Visakhapatnam. Vizag port trust hosted the conclave first time ever since the formation of BIMSTECH in 1997. Seven-member countries that include Bangladesh, India, Myanmar, Sri Lanka, Thailand, Nepal and Bhutan participated in the conference. 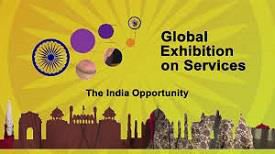 GES 2019 was an attempt towards escalating the Indian services bar in the global arena, encompassing participation from 100 countries and hosting sector-specific knowledge sessions. 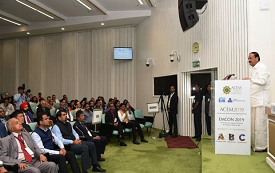 Vice President M Venkaiah Naidu inaugurated the 10th Asian Conference of Emergency Medicine in New Delhi. The biennial conference was held for the first time in India from 7-10 November 2019.

The objective of the conference was to aim at lectures, discussions and talks on affordable emergency care for all sections of the society. The conference was organized by Asian Society for Emergency Medicine (ASEM) and Society for Emergency Medicine India (SEMI) in support of other organizations to build strategies for emergency care across Asia. 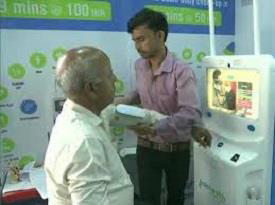 Indian Railways has installed two 'Health ATMs' at the Charbagh railway station in Lucknow to achieve the objectives of the Fit India programme. The kiosks of YOLO Health ATM will provide 16 health checkups categorized as 9-minutes checkup which costs Rs 100, and 6-minutes checkup which costs Rs 50. Any passenger at railway station having complaint of high fever or any other problem can visit ATM and check for continuing journey or not. 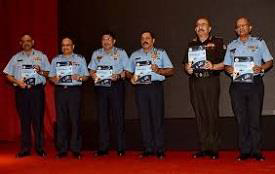 Chief of the Air Staff, Air Chief Marshal RKS Bhadauria inaugurated 58th Annual #ISAM Conference at Institute of Aerospace Medicine (ISAM), Bengaluru to address contemporary issues and applications in the subject of aerospace medicine. He addressed role played by Aviation Medicine Specialists in promoting good health and fitness amongst aircrew in the IAF.

The theme of 2019 conference was 'Changing Paradigms in Aerospace Healthcare'. Various speakers discussed aeromedical issues and advances made in the field of aviation medicine worldwide by giving podium presentations and poster presentations. 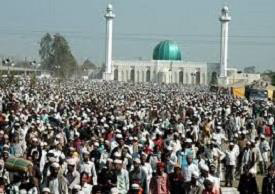 The four-day Aalmi Tablighi Ijtima, world's biggest Islamic Congregation was organized in Bhopal. More than one million people from 54 countries attended the congregation. One of the most prominent features of Alami Tablighi Ijtima is that it has no political affiliation. It is a forum for delivering some important religious-spiritual messages to Muslims around the world.

The first Alami Tablighi Ijtima took place in Bhopal in 1944 and only 14 people attended it then. Thousands of people from various countries such as Russia, France, Indonesia, Malaysia, Iraq and Saudi Arabia participated. The Union Minister of State for Home Affairs, Shri G. Kishan Reddy inaugurated the 1st International Conference on “Landslides Risk Reduction and Resilience" in Delhi for developing technology to anticipate disasters like landslides and develop infrastructure to quickly respond to minimise the damage. The Minister called for making extensive collaborative programs involving international community and all the stakeholders at national, state and regional levels to tackle the problem. 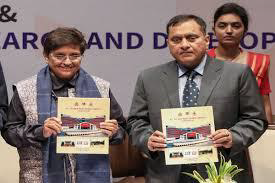