1 - International Day to End Impunity for Crimes against Journalists 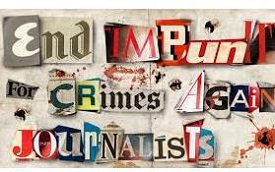 The International Day to End Impunity for Crimes against Journalists is observed annually on 2 November. The day draws attention to the low global conviction rate for violent crimes against journalists and media workers, estimated at only one in every ten cases.

The United Nations General Assembly adopted Resolution A/RES/68/163 (link is external) at its 68th session in 2013 which proclaimed 2 November as the ‘International Day to End Impunity for Crimes against Journalists’ (IDEI). 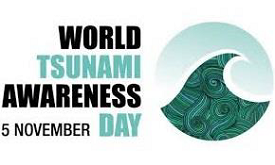 The Public Service Broadcasting Day is celebrated every year on 12th November to commemorate the first and last visit of the Father of the Nation, Mahatma Gandhi to the studio of All India Radio, Delhi in 1947. The Father of the Nation addressed the displaced people, who had temporarily settled at Kurukshetra in Haryana after partition.

The day was declared as Public Service Broadcasting Day or (Jan Prasaran Diwas) in 2000, after it was conceptualised by Suhas Borker, Convenor, Jan Prasar.

The National Education Day is observed every year on 11th November in India to commemorate the Birth Anniversary of Maulana Abul Kalam Azad, the first Education Minister of independent India. He established the University Grants Commission (UGC) after India's independence. He also established higher educational institutions and worked for free education in the country.

On the occasion of the day and to take education to every doorstep of India, the Union HRD Ministry launched SWAYAM 2.0. SWAYAM is a programme initiated by the government to provide the best teaching-learning resources to all. 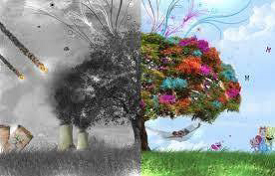 The International Day for Preventing the Exploitation of the Environment in War and Armed Conflict is an international day observed annually on November 6. Nearly 1.5 billion people, over 20 per cent of the world’s population, live in conflict-affected areas and fragile states.

The International Day for Preventing the Exploitation of the Environment in War and Armed Conflict was established on November 5, 2001 during Kofi Annan's tenure as Secretary-General, the United Nations General Assembly. 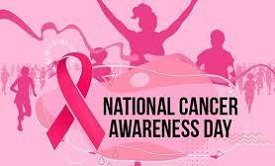 Union Health Minister Harsh Vardhan announced in 2014 to observe National Cancer Awareness Day across India on November 7 every year. The day coincides with the birth anniversary of scientist Marie Curie (Marie Skłodowska Curie), winner of the 1903 Nobel Prize in Physics. 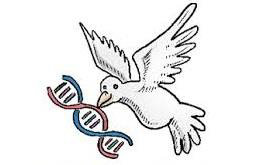 World Science Day for Peace and Development is celebrated every year on November 10. The World Science Day for Peace and Development 2019 was devoted to the theme of "Open Science, leaving no one behind". The theme highlighted the important role of science in society and the need to engage the wider public in debates on emerging scientific issues. It also underlines the importance and relevance of science in our daily lives.

World Science Day for Peace and Development aims to ensure that citizens are kept informed of developments in science. 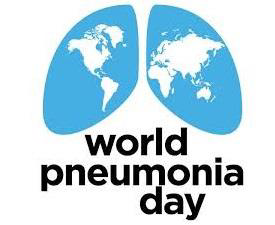 World Pneumonia Day is annually held on November 12 to raise awareness of pneumonia, promote prevention and treatment, and generate action to fight the disease. Pneumonia is one of the leading causes of deaths in children under five years old despite being easily preventable and treatable. This day was first hosted in 2009 when over 100 organisations joined to form the Global Coalition against Child Pneumonia.

This day raises awareness about pneumonia, the world’s leading infectious killer of children under the age of 5. 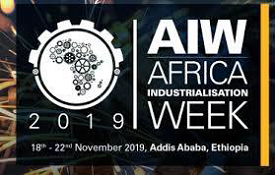 2019 theme was “Positioning African Industry to Supply the AfCFTA Market” to raise awareness in the international community on the challenges and opportunities for Africa's industrialization within the framework of the newly created African Continental Free Trade Area. 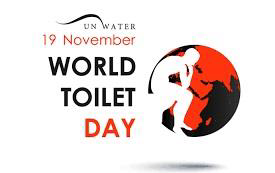 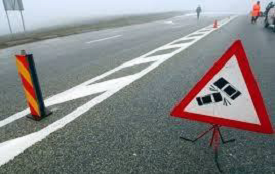 The theme of the 2019 World Day of Remembrance was “Life is not a car part”. The theme was based on Pillar 3 of the Global Plan for the Decade of Action for Road Safety – Safer vehicles. 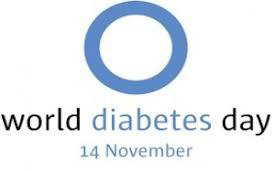 On 14 November, millions of people around the world unite to mark World Diabetes Day, the global awareness campaign of the diabetes. World Diabetes Day 2019 theme was Family and Diabetes. The theme was based on raising awareness of the impact that diabetes has on the family and support network of those affected, and promoting the role of the family in the management, care, prevention and education of diabetes. 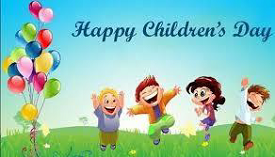 Fondly known as Chacha Nehru among children, had great affection for children and he advocated for children to have fulfilled education. Children’s Day signifies the importance of increasing awareness of the rights, care and education of children. 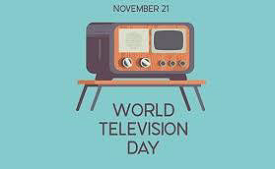 World Television Day is observed on 21 November to highlight the daily value of television that it plays in communication and globalisation. Television was thus acknowledged as a major tool in informing, channelling and affecting public opinion.

In recognition of the increasing impact television has on decision-making by bringing world attention to conflicts and threats to peace and security and its potential role in sharpening the focus on other major issues, including economic and social issues, the United Nations General Assembly proclaimed 21 November as World Television Day (through resolution 51/205 of 17 December 1996). 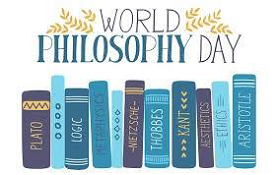 World Philosophy Day is an international day proclaimed by UNESCO to be celebrated every 3rd Thursday of November to highlight the value of philosophy for the development of human thought, for each culture and individual. The 2019 edition observed on 21st November aimed to highlight the importance of philosophy in different regional contexts. The goal was to obtain regional contributions to global debates on contemporary challenges that support social transformations.

World Philosophy Day was introduced in 2002 by UNESCO to appraise the state of philosophy teaching throughout the world. 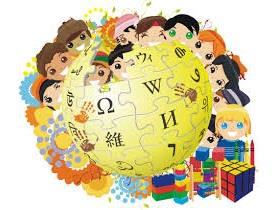 On November 20th, Universal Children’s Day is celebrated to promote international togetherness, awareness among children worldwide, and improving children’s welfare. 2019 marked 30th anniversary of the Convention on the Rights of the Child. November 20th is a special date because on this date in 1959, the UN General Assembly adopted the Declaration of the Rights of the Child.

The day offers an entry-point to advocate, promote and celebrate children's rights, translating into dialogues and actions that will build a better world for children. 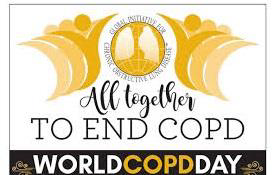 World Chronic Obstructive Pulmonary Disease Day (COPD) is celebrated on the third Wednesday of November every year, in collaboration with health experts and patients with COPD. COPD is not one single disease but an umbrella term used to describe chronic lung diseases that cause limitations in lung airflow.

Theme of 2019 was ‘All Together to End COPD’. The WHO (World Health Organization) and Global Initiative for Chronic Obstructive Lung Disease (GOLD) organize World COPD (Chronic Obstructive Pulmonary Disease) Day on the third Wednesday of November every year. 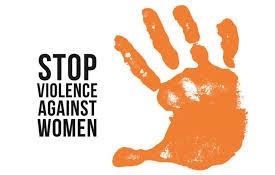 The International Day for the Elimination of Violence against Women is observed across the world on 25 November annually. The theme of 2019 was “Orange the World: Generation Equality Stands Against Rape” to prevent and end violence against women at the global, regional and national levels.

Women's rights activists have observed 25 November as a day against gender-based violence since 1981. On 20 December 1993, the General Assembly adopts the Declaration on the Elimination of Violence against Women through resolution 48/104. 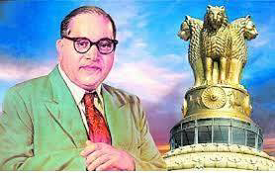 The Government of India declared 26 November as Constitution Day on 19 November 2015 by a gazette notification.