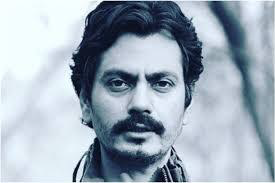 The Cardiff International Film Festival is an international event which is supported by the Welsh Assembly and Cardiff Council. 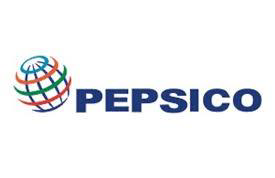 The United States has named PepsiCo India for the 2019 Secretary of State's Award for Corporate Excellence (ACE) in recognition of its efforts to save more than 17 billion litres of water through community water programs and positively impacting 60,000 community members.

Other recipients of the award are Chambers Federation in the Democratic Republic of the Congo, Procter and Gamble Asia Pacific in Singapore and Agilis Partners in Uganda. 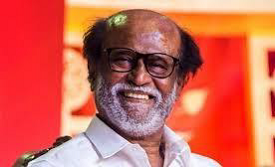 In a first, the Government of India has constituted a special award titled ‘Icon of Golden Jubilee of IFFI’ which was conferred upon S Rajinikanth. Rajinikanth has acted in over 170 films in many languages, including Tamil, Telugu, Kannada, Malayalam, Hindi and Bengali. He also had a starring role in the Hollywood production, Blood Stone (1988).

Rajnikanth has been previously honoured with the Padma Bhushan and the Padma Vibhushan. At the 45th International Film Festival of India (2014), he was conferred with the "Centenary Award for Indian Film Personality of the Year". 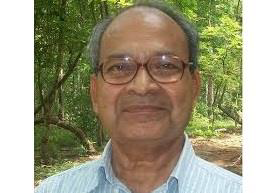 Eminent writer P. Satchidanandan alias Anand has won the 27th Ezhuthachan Puraskaram for his contributions to the language and its literature. The prize carries a purse of Rs 5 lakh and a citation. Anand has authored over 30 books ranging from novels, short stories, dramas and essays. He is also a recipient of Vayalar Award and Yashpal Award.

Ezhuthachan Puraskaram is a top literary award instituted by the state government in the name of Ezhuthachan, the father of Malayalam language. 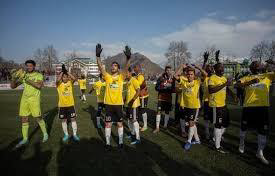 A documentary on Real Kashmir Football Club has bagged the prestigious British Academy of Film and Television Awards (BAFTA) and Scotland Awards in Glasgow, Scotland. Real Kashmir had a fairytale journey in their debut I-League season in 2017-18 as they finished with 36 points from 19 games.

The documentary narrates the journey of former Rangers ace David Robertson as the coach of Real Kashmir FC, which in its first season finished third in the I-League, which is currently India's second tier football league. The hour-long film won in the 'Single Documentary' category. 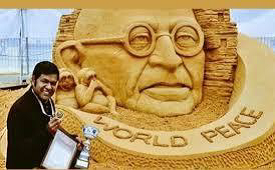 In 2017, the Odisha-based sand artist won the jury prize gold medal at the Xth World Sand Sculptures Championship in Moscow, Russia. Pattnaik was awarded the Padma Shri by the union government in 2014. 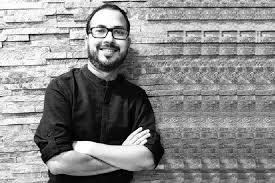 Indian-origin researcher Neeraj Sharma has been given the ‘Early Career Researcher of the Year award’ by the Australian government for developing next-generation battery systems such as a sodium-ion battery that will leave a minimal environmental impact. He is a professor at the University of South Wales (UNSW)’s School of Chemistry.

Neeraj Sharma is considered one of the global leaders in the use of neutron and X-ray scattering methods. He is exploring inherently safe solid-state batteries, energy-dense lithium-sulfur batteries, dual function solar batteries and methods for recycling. 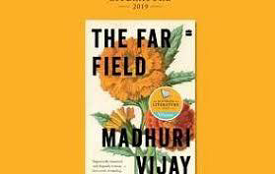 Sixteen officials from Indo-Tibetan Border Police were also given the honour for the successful Nanda Devi Search and Rescue Mission that involved the successful retrieval of seven dead bodies near Nanda Devi in Pithoragarh after a 500 hours operation. 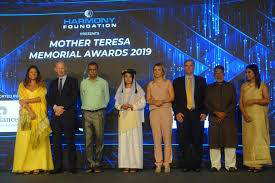 The Mother Teresa Memorial Awards for Social Justice (MTMA) 2019 were announced by Harmony Foundation. The theme of the awards this year was 'Combating Contemporary Forms of Slavery' and the major awardees are − Legendry French actor Isabelle Anne Madeleine Huppert was conferred with the Lifetime Achievement Award at the Golden Jubilee edition of International Film Festival of India (IFFI) 2019. She is the most nominated actress for the César Award, with 16 nominations and has appeared in more than 120 films since her debut in 1971. She is one of only four women who have twice won Best Actress at the Cannes Film Festival.

50th edition of IFFI showcased fifty films of fifty women directors which reflect the contribution of women in cinema. 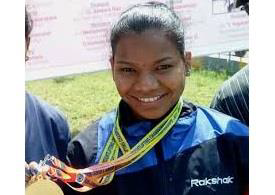 Odia women weightlifter Jhilli Dalabehera, who has brought laurels for both the State and the country in several national and international events was honored with 27th Ekalabya award for year 2019. Jhilli has bagged two gold, three silver and a bronze medal in different international weightlifting events held between April 1, 2017 and March 31, 2019. 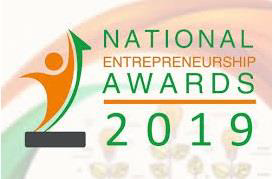 The awards aim to recognize and honour the outstanding young First-Generation Entrepreneurs, and Ecosystem builders for their outstanding contribution in entrepreneurship development and providing support to the entrepreneurs.

Infosys Science Foundation (ISF) announced the winners of the Infosys Prize 2019 in six categories to honour outstanding achievements of contemporary researchers and scientists. 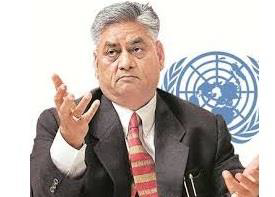 The Press Council of India (PCI) has awarded this year's Raja Ram Mohan Roy National Award for Excellence in Journalism to Rajasthan Patrika group chairman and editor-in-chief Gulab Kothari. The award was presented on November 16 on the occasion of the National Press Day. 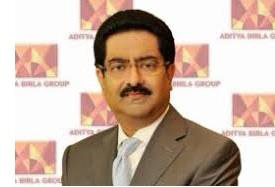 The ABLF Global Asian Award honors powerful individual whose business footprint and commitment to excellence have engaged international interest and attention. The Asia Business Leadership Forum (ABLF) is backed by the UAE government, and currently runs in three forms- talks, awards, and publications. 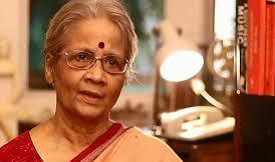 The prestigious Tata Literature Live! Lifetime Achievement Award for 2019 has been conferred on renowned writer, translator, journalist, film critic, screenwriter and playwright Shanta Gokhale. The Tata Literature Live! Poet Laureate for 2019 is K Satchidanandan. Shanta Gokhale’s scholarship, versatility and felicity of language is legendary. K Satchidanandan is a pioneer of modern poetry in Malayalam and his powerful and perceptive verse has gained him global renown.

The Tata Literature Live! Lifetime Achievement Award recognises and salutes sustained and outstanding contribution to writing and literature in India.

RBS India announced the winners of the 9th edition of the RBS Earth Heroes Awards (REHA), who have made a significant mark in the space of “Climate Change” – the theme for the 2019 awards.

RBS has institutionalized the RBS "Earth Heroes" Awards from 2011 which take place annually. The Awards are an attempt to bring recognition and honour to individuals and institutions who work exceptionally hard to preserve and protect our critical ecosystems. 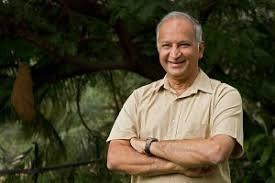 Wildlife biologist K. Ullas Karanth, has been awarded the George Schaller Lifetime Award in Wildlife Conservation Science for his contribution to the field of conservation. He became the first recipient of the award instituted by the Wildlife Conservation Society (WCS), New York. Karanth is known for pioneering the scientific use of camera traps in population density studies of large wild mammals in India. He directed the WCS-I effort to help save Bengal tigers.

The award is instituted in the honour of Dr. George Schaller, who is considered one of the greatest wildlife scientists and conservationists globally. 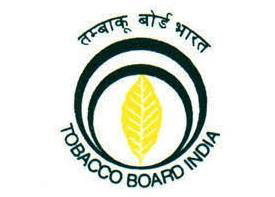 Tobacco Board of India has been awarded the Golden Leaf Award in the Most Impressive Public Service Initiative category for the year 2019, at Tab Expo 2019 event in Amsterdam for its efforts to initiate various sustainability (green) initiatives in Flue-Cured Virginia (FCV) tobacco cultivation in India. The Board implemented Good Agricultural Practices (GAPs) in tobacco farming for improving yield and quality.

The Golden Leaf Awards were created to recognize professional excellence and dedication in the tobacco industry by Tobacco Reporter, an international magazine in the year 2006. 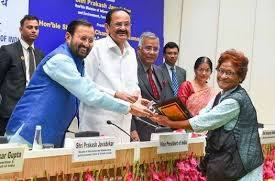 Vice President of India M. Venkaiah Naidu presented the ‘National Awards for Excellence in Journalism 2019' on the occasion of National Press Day on 16th November. The Vice President also released the Norms of Journalistic Conduct Edition-2019, the Directory of Press Council of India and a souvenir at the award function. 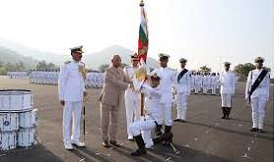 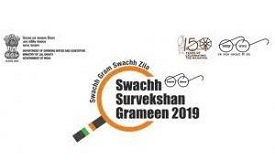 The government conferred the Swachh Survekshan Grameen 2019 awards to top ranked states, union territories, and districts in the various categories on the occasion of World Toilet Day. Tamil Nadu was declared the cleanest large state in India, Daman and Diu the cleanest union territory, Peddapelli in Telangana the cleanest district, and Uttar Pradesh the state with the highest participation in the Swachh Bharat Mission.

Cement Manufacturers Association (CMA), Hindustan Unilever Limited and AMUL were felicitated for their contribution under the Swachhata Hi Seva campaign for their efforts towards effective plastic waste management. 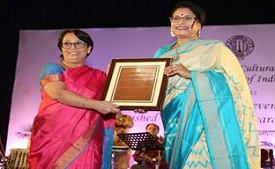 Renowned Rabindra Sangeet exponent from Bangladesh Rezwana Choudhury Bannya was conferred the ICCR distinguished alumni award in Dhaka. She is widely recognised as a great exponent of RabindraSangeet. She has established a musical school 'ShurerDhara' in Bangladesh to carry forward the Guru-Shishya tradition as practised in Shantiniketan.

Rezwana Choudhury Bannya is also a recipient of 'Independence Award' which is the highest civilian award of Bangladesh. Distinguished Alumni Award was instituted in 2015 to recognise foreign students who have studied in various Indian Universities under the ICCR sponsored scholarship schemes and made an exemplary contribution in varied fields. 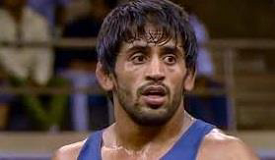 The Asian Leadership Summit and Awards showcases best practices and honors the winners of the awards that exemplify the best in leadership. 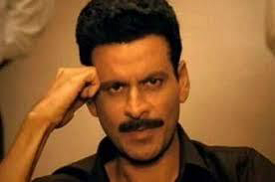 India’s Manoj Bajpayee starrer critically accalimed movie Bhonsle bagged two prestigious awards at 7th edition of Asian Film Festival Barcelona 2019 in the ‘Best Screenplay’ and ‘Best Director’ categories. The movie not only raises the struggles of migrants and their battles with the local politicians but also addresses the concerns of various ethnic groups and highlights the issues that they face in order to survive in a city like Mumbai.

The film “Ayka” (2018) by the Kazakh director Sergei Dvortsevoy raised curtain with a special session and official opening screened with “Still Human” (2018) by Oliver Chan. 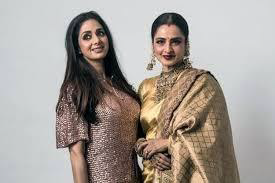 Actors Sridevi and Rekha were felicitated with the Akkineni Nageswara Rao National Award for 2018 and 2019 respectively for their best performances in Telugu and Hindi film industry.

The ANR National Award was instituted by the Akkineni International foundation in the honor of Akkineni Nageswara Rao. Akkineni Nageswara Rao, widely known as ANR, was an Indian film actor and producer, known for his work predominantly in Telugu cinema. The award was given annually to recognize people for their lifetime achievements and contributions to the Indian film industry. 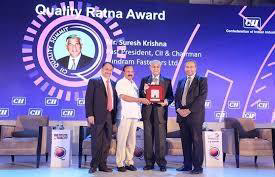 Chairman of Sundram Fasteners Ltd. Suresh Krishna was conferred India’s first 'Quality Ratna' award by the CII Institute of Quality at its 27th Quality Summit held in Bengaluru. He pioneered the constitution of the TPM Club of India in collaboration with the Japan Institute of Plant Maintenance in 1998 and was its first Chairman.

Suresh Krishna has also been honored with "Padma Shri" in 2006, "JRD Tata Corporate Leadership Award in 2000, Japan’s national award in 2000 and "Entrepreneur of the Year" in 2001 and many more. 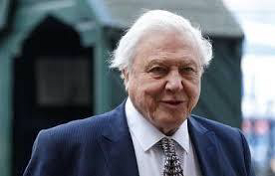 The Indira Gandhi Prize for Peace, Disarmament and Development for 2019 conferred on renowned naturalist and broadcaster Sir David Attenborough for his tireless work to preserve and protect biodiversity and to live in a sustainable and harmonious way with all life.

Sir David has been honored with various honors such as UNESCO's Kalinga Prize, the Micheal Faraday Prize, the Descartes Prize, a Fellowship of the Royal Society, awards from Royal Geographical Society, and several Emmy and BAFTA awards. 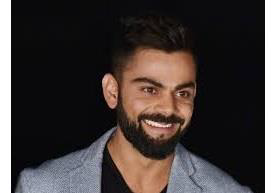 India captain Virat Kohli was named as People for the Ethical Treatment of Animals (PETA) India's 'Person of the Year for 2019 for his animal advocacy efforts to improve conditions for animals. Recently, Virat wrote a letter on PETA India’s behalf to officials calling for the release of Malti, an elephant used for rides at Amer Fort, who was reportedly violently beaten by eight men. 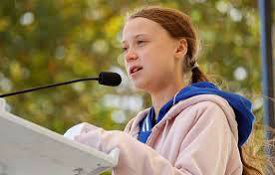 Divina Maloum (14) from Cameroon and Greta Thunberg (16) from Sweden both received the International Children's Peace Prize 2019. Swedish teenager and activist Greta Thunberg received the honor for her contribution against climate change which helped the issue to be resonated with schoolchildren across the world. Cameroonian peace activist Divina Maloum received the award for her 'peaceful struggle' against Boko Haram jihadist group.

Winners receive a grant worth € 100,000, which is invested in the projects linked to the winners' causes.

'Particles', the French-Swiss film directed by Blaise Harrison and produced by Estelle Fialon won the Golden Peacock Award at the 50th International Film Festival of India. Particles (Les Particules) is about the mysteries of being a teenager. 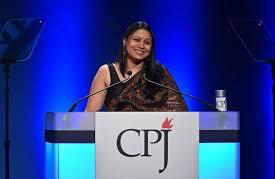