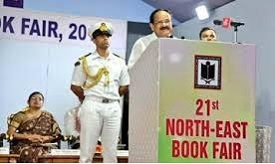 There were as many as 217 bookstalls including one from Bangladesh. It witnessed the participation of around 76 publishers. 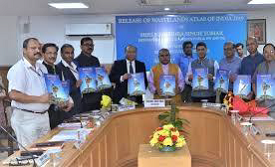 Agriculture Minister Narendra Singh Tomar released the fifth edition of Wastelands Atlas - 2019. The Atlas, published jointly by Department of Land Resources and National Remote Sensing Centre, provides robust geospatial information on wasteland. It is helpful in rolling back the wastelands for productive use through various land development programmes and schemes.

Wastelands Atlas-2019 also provides State and district wise distribution of different categories of wastelands area in the country and will be helpful in addressing land degradation.

Chief Justice of India Justice Ranjan Gogoi released the Assamese version of the book 'Courts of India: Past to Present' in Guwahati. The book is published by the Publication Division.

Courts of India: Past to Present written by eminent judges, advocates and legal luminaries among others under the expert guidance of an Editorial Board constituted by the Supreme Court is an attempt to trace the historical evolution of courts in India. 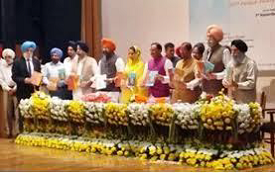 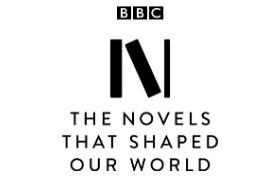 The British Broadcasting Corporation announced a list of ‘100 Novels That Shaped Our World’, to mark the 300th anniversary of the publication of Daniel Defoe's novel ‘Robinson Crusoe’. The list of 100 novels included Indian author Arundhati Roy’s ‘The God of Small Things’, Salman Rushdie’s ‘The Moor’s Last Sigh’, Vikram Seth’s ‘A Suitable Boy’, S. Naipaul’s ‘A House for Mr Biswas’ and R K Narayan’s ‘Swami and Friends’.

Some of the other novels chosen include A Game of Thrones by George R.R. Martin, Harper Lee's To Kill a Mocking bird and Frankenstein by Mary Shelley. 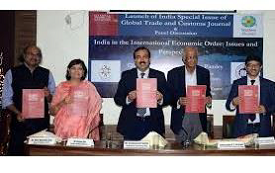 A special issue of the Global Trade and Customs Journal was launched at the India Islamic Cultural Centre, New Delhi. The special issue was edited by Dr. James J. Nedumpara, Head and Professor of the Centre for Trade and Investment Law, Indian Institute of Foreign Trade and published by Wolters Kluwer, Netherlands.

The Special Issue of Global Trade and Customs Journal has compiled articles pertaining to India and its involvement in the international trading system. The Journal launch was followed by panel discussions on the theme “India in the International Economic Order: Issues and Perspectives”. 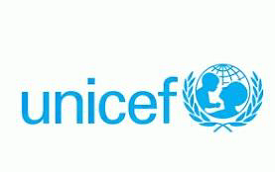 UNICEF releases booklet titled as “From uttapam to sprouted dal parantha”, on how to tackle problems of underweight, obesity and anaemia among children. The booklet is based on results of the overall National Nutrition Survey 2016-18, that stated 35% of children under the age of five were stunted (low height for age), 17% were wasted (low weight for height) and 33% were underweight.

The booklet details about freshy prepared lists out recipes, cost of preparation, calorie count, nutrition content. It tells people about what is nutritious and in what amount. 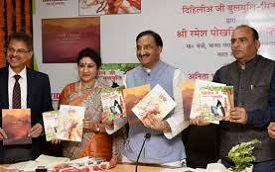 Authored by popular writer of children’s books and travelogues Dr. Anita Bhatnagar Jain, the three books are a collection of stories for children and have brought out environmental issues and topics like socio-cultural unity and cultural heritage in a very simple and interesting manner. 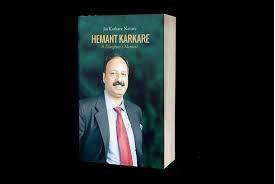 A book titled “Hemant Karkare - A Daughter's Memoir” by his daughter Jui Karkare Navare was released in Mumbai, Maharashtra. It is published by “The Write Place”. The book motivates a new generation of readers to be as professional, impartial and diligent as her father.

MP Pragya Singh Thakur, who Hemant Karkare had arrested in the 2008 Malegaon blasts case, had alleged in the media that the officer was a 'traitor to the nation'. The book written by his daughter Jui is an answer to those trying to discredit her father. Hemant Karkare was gunned down by Pakistani ISI-backed terrorists.