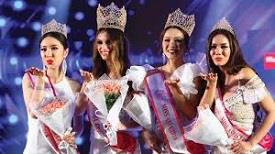 Sara Damnjanovic of Serbia has won the ‘Miss Asia Global 2019’. The 5th Edition of ‘Miss Asia Global Title 2019’ was organized at Gokulam Convention centre in Kochi, Kerala. Nguyen Thi Yen Trang from Vietnam was awarded the Miss Asia title given to the winner from the rest of the world.

Samiksha Singh from India won the sub-title of ‘Miss Beautiful Face’ Title. The Next ‘Miss Asia Global Title 2020’ will be held in Malaysia.

India's Ravi Prakash has won the 25,000 US Dollar BRICS-Young Innovator Prize for inventing an affordable indigenous milk chilling unit for smaller and marginal rural dairy farmers. Prakash, PhD scholar of ICAR-National Dairy Research Institute (NDRI), Bengaluru, was a part of 21-member delegation sent to Brazil by the Department of Science and Technology for the 4th BRICS-Young Scientist Forum (YSF), 2019.

The technology can be used for chilling milk from the point of production by bringing down the temperature of raw milk from 37°C to 7°C within 30 minutes. It uses nano-fluid based phase change materials.

3 - Jair Bolsonaro to be chief guest at Republic Day 2020 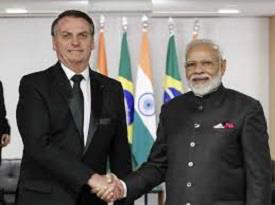 Brazilian President Jair Bolsonaro accepted Prime Minister Narendra Modi's invitation to be the chief guest at Republic Day 2020 celebrations. Mr. Bolsonaro on the sidelines of the meeting accepted the invitation.

The Brazilian President expressed his readiness about his participation in the Republic day event along with a large business delegation to accompany him to India. Jair Messias Bolsonaro is 38th president of Brazil since 1 January 2019.

4 - Nita Ambani joined board of Metropolitan Museum of Art 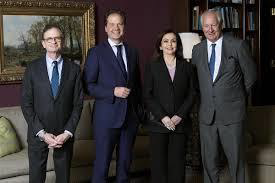 Chairperson of the Reliance Foundation, Nita Ambani was named an honorary trustee of “The Metropolitan Museum of Art” in New York. She became first Indian in 150 years to receive such as honour. She has supported on the Museum’s ability to study and display art from every corner of the world.

The Metropolitan Museum of Art is one of the world's largest and finest art museums. Its collection includes more than two million works of art. 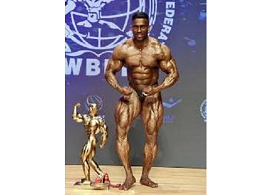 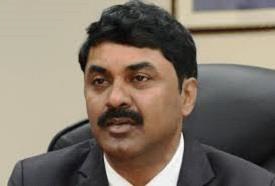 Royal Aeronautical Society (RAeS) London has conferred the Honorary Fellowship of the Society for the year 2019 to Defence Research and Development Organisation chairman G Satheesh Reddy. This fellowship is considered as Nobel Prize in the aerospace. He became first Indian recipient of this prestigious award in over 100 years.

Reddy was honored for his pioneering technological efforts and work over the past three decades which has enabled India to realise frontline military systems and world class missile technologies.