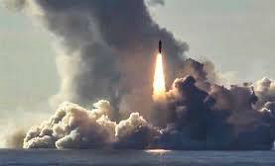 Russia has successfully test-fired an intercontinental ballistic missile from its most advanced new nuclear-powered Knyaz Vladimir, or Prince Vladimir submarine. The Bulava missile was launched from an underwater position in the White Sea.

Launched in 2017, The Knyaz Vladimir submarine is the first upgraded 955A model of Russia's Borei class of ballistic missile submarines. Borei class submarines can carry up to 16 Bulava missiles, which are designed for use on these submarines. 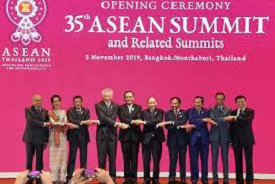 The 35th ASEAN Summit was held in Bangkok, Thailand based on theme ‘Advancing Partnership for sustainability’. The summit discussed security, cyber crime, comprehensive and sustainable ASEAN economic development and negotiations related to the Regional Comprehensive Economic Partnership (RCEP) including market opening. The RCEP is a proposed free trade agreement (FTA) between the ten members state of ASEAN and its partner countries. 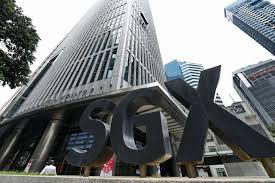 Singapore-based AirCarbon Pte launched the worlds’ first blockchain-based carbon trading exchange. It will be known as world's first digital exchange platform for airlines to trade carbon credits. AirCarbon Pte will provide a marketplace for airlines and other corporate buyers to trade securitised carbon emissions. It is approved by the International Civil Aviation Organisation.

AirCarbon has applied for recognised market operator (RMO) licence from the Monetary Authority of Singapore. The exchange is expected to be fully operational in 2020. 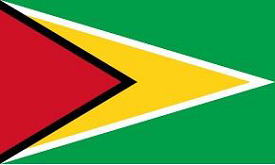 According to the International Monetary Fund (IMF), Guyana’s GDP is expected to grow at 86% in 2020 expanding 4.4% in 2019. The new growth will be driven by Exxon Mobil Corp.’s discovery of oil. Guyana is projecting $300 million in petroleum revenue in 2020.

Exxon has partnered with Hess Corp. and China’s CNOOC Ltd. to develop one of the world’s biggest new deepwater oil discoveries off the country’s coast. 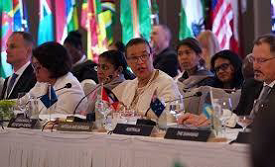 The biennial Commonwealth Law Ministers’ Conference was held in Colombo, Sri Lanka. The theme of the conference was "Equal Access to Justice and the Rule of Law". Union Minister for Law and Justice Ravi Shankar Prasad represented India at the conference.

6 - Sudan launched its first ever satellite in partnership with China 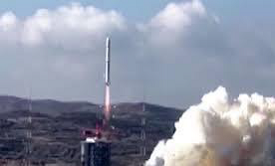 Sudan launched its first satellite, the Sudan Remote Sensing Satellite (SRSS)-1, in partnership with China. The satellite was launched in the Long March 4B satellite launch vehicle from the Taiyuan Satellite Launch Centre in China’s northern Shanxi Province.

The SRSS-1 was developed and built by Chinese satellite manufacturer Shenzhen Aerospace Oriental Red Sea Satellite Co. on behalf of the Sudanese government. It will be used for both civil and national security Earth observation missions. 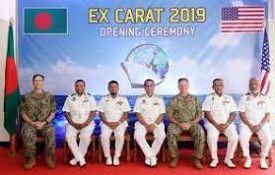 The exercise provided an opportunity to gain a better understanding of the operational activities of the Navies of two countries and to get acquainted with advanced technology through various theoretical and practical trainings. CARAT is one of the U.S. Navy’s longest continually running exercises in South Asia and Southeast Asia. 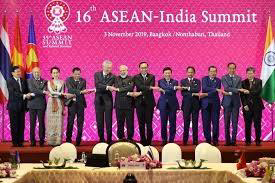 The 16th ASEAN-India Summit was held in Bangkok, Thailand on November 3, 2019. The summit was attended by Indian Prime Minister Narendra Modi. India has allocated 1 billion USD as line of credit to improve physical and digital connectivity. Indian Prime Minister and ASEAN leaders vowed to combat terrorism in the Indo-Pacific region. 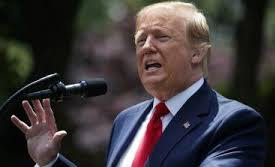 The US formally notified the United Nations that it was withdrawing from the Paris climate accord. The agreement had imposed an unfair economic burden on the US. The notification begins a one-year process of exiting the global climate change accord, culminating the day after the 2020 US election.

The agreement brought together 188 nations to combat climate change. It committed them to keeping rising global temperatures below 2 Celsius above pre-industrial levels and attempting to limit them even more, to a 1.5 Celsius rise. The US contributes about 15% of global emissions of carbon. 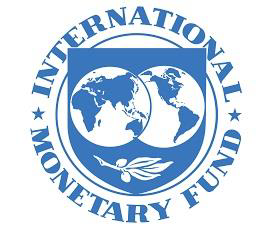 A latest research titled “Is South Asia Ready for take Off? A sustainable and inclusive growth agenda”, by the International Monetary Fund revealed that South Asia, led by India, is moving towards becoming center of global growth and could contribute about one-third of the world's growth by 2040.

Notably, under the IMF's geographical division of the world, South Asia does not include Afghanistan and Pakistan. For IMF, South Asia includes India, Bangladesh, Nepal, Sri Lanka, Bhutan and Maldives. More than 150 million people in the region are expected to enter the labour market by 2030. 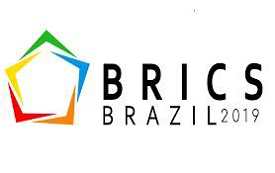 The 11th BRICS summit was held at Brasilia in Brazil. The theme of the BRICS summit this year was "Economic Growth for an Innovative Future.” Prime Minister Narendra Modi participated in BRICS summit for the sixth time.

The BRICS 2019 focussed on strengthening of the cooperation in science, technology and innovation, enhancement of the cooperation on digital economy, invigoration of the cooperation on the fight against transnational crime, especially against organized crime, money laundering, and drug trafficking, and encouragement to the rapprochement between the New Development Bank (NDB) and the BRICS Business Council. 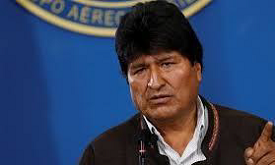 The President of Bolivia, Evo Morales, has resigned amid turmoil following his disputed re-election in October 2019. He has been in power for nearly 14 years. He left the post after losing the support of the army and the police. 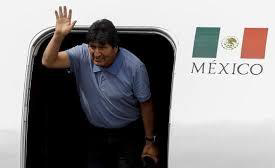 Mexico has offered asylum to former Bolivian President Evo Morales after he resigned following weeks of protest over a disputed election. Mexico offered the asylum for "humanitarian reasons" after a request from Mr. Morales. Morales, 60, had been in power since 2006.

Mr Morales, Bolivia's first indigenous leader, stepped down after the head of the army publicly called on him to leave his post. Bolivia has been rattled by weeks of anti-government protests following the reports of election fraud. 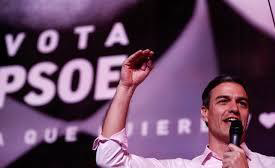 Spain's governing Socialist Workers' Party (PSOE) has won the most seats in election, but fell short of a majority. The conservative Popular Party (PP) came in second and far-right Vox became the country's third most-powerful party.

Socialists failed to form a coalition government in the previous vote six months ago which ended with no clear majority. This time, the Socialist Party won 120 out of a total of 350 seats - three fewer seats than in April's vote. The PP with 88 seats, gained 22 from the previous poll, while Vox has 52, up from just 24 in April. 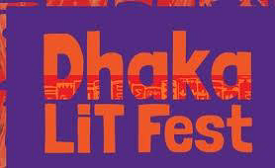 The special focus of this year's lit-fest was on Indigenous Languages as the UNESCO has marked 2019 as the year of Indigenous Language Protection. On the first day of the event, West Bengal-based writer Abhisek Sarkar and Bangladeshi poet Rofiquzzaman Rony were given the Gemcon Young Literature Award and Gemcon Young Poetry Award. 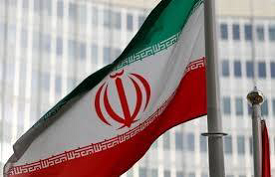 Iran said that it is now enriching uranium to 5%, after stepping back from its commitments under the troubled 2015 accord with significant powers. The deal four years ago set a 3.67% limit for uranium enrichment, but Tehran announced it would no longer respect it after the United States unilaterally abandoned the agreement last year and reimposed crippling sanctions.

The current 5% level exceeds the limit set by the accord but is less than the 20% Iran had previously operated and far less than the 90% -level required for a warhead. 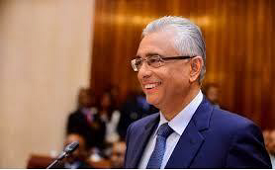 Incumbent Prime Minister Pravind Jugnauth was re-elected as the new Prime Minister in Mauritius with his Militant Socialist Movement (MSM) won 35 of the 62 seats while the Labour Party and the Mauritian Militant Movement (MMM), garnered 15 and 10 seats respectively.

Jugnauth, the current prime minister, assumed the country’s leadership from his father, Sir Anerood Jugnauth, who resigned from the post in 2017. Mauritius is one of Africa’s most stable and prosperous nation and is the biggest channel of FDI inflows into India. More than 75% of the population is of Indian origin. 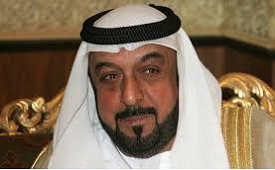 The UAE Supreme Council has re-elected His Highness Shaikh Khalifa Bin Zayed Al Nahyan as President of the UAE for a fourth five-year term. He was first elected President in 2004 following the death of his father Shaikh Zayed Bin Sultan Al Nahyan.

Referred to as Sheikh Khalifa, he is the Emir of Abu Dhabi, the Supreme Commander of the Union Defence Force and the Chairman of the Supreme Petroleum Council. 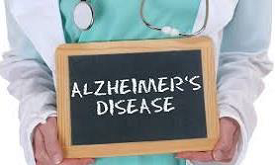 Authorities in China have approved a drug for the treatment of Alzheimer's disease, the first new medicine with the potential to treat the disease. Alzheimer’s drug called GV-971 (sodium oligo-mannurarate) is a drug manufactured from an oligosaccharide extracted from marine algae and is the first novel drug approved for AD globally since 2003.

The drug is developed by Shanghai Institute of Materia Medica (SIMM) under the Chinese Academy of Sciences. It can improve cognitive function among people with Alzheimer's in as little as four weeks. 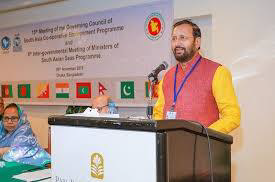 The meeting addressed the daunting environmental challenges of today and adopted SACEPs’ and SASP work programmes for the year 2020-2021 and SACEP Strategy for the year 2020-2030. The meeting also adopted a declaration on Sustainable Public Procurement, Marine and Coastal Biodiversity Strategy for South Asia, and the Regional Marine Litter Action Plan for the Region. 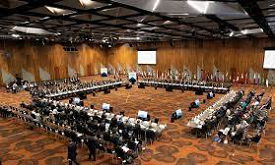 The 2nd 'No Money for Terror' 2019 conference was held in Melbourne, Australia. India will host the ‘No Money For Terror’ conference to be held in 2020. Union Minister of State for Home Affairs, G. Kishan Reddy participated with a five-member delegation in conference. ”No Money For Terror” conference was organised by Financial Intelligence Units (FIUs) of over 100 countries, jointly called The Egmont Group.

The conference discussed ability to prevent and detect money-laundering and the application of intelligence and investigative techniques.

22 - Mahinda Rajapaksa sworn in as new PM of Sri Lanka 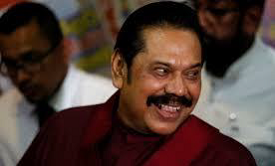 Mahinda Rajapaksa has been sworn in as the new Prime Minister of Sri Lanka. He is the country’s 23rd premier. Mahinda Rajapaksa is credited with a military victory ending a 26-year separatist civil war with ethnic Tamil rebels during his presidency from 2005 to 2015.

Former Prime Minister Ranil Wickremesinghe officially stepped down to make way for Rajapaksa’s regime. This is the third time Mahinda Rajapaksa has been appointed Prime Minister of Sri Lanka. 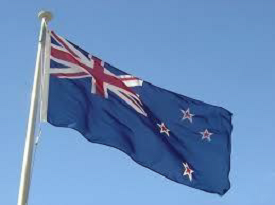 The new rules will for the first time give the government the power to reject overseas investments in sensitive areas. He said the rules would apply to crucial infrastructure including ports and airports, telecommunications and electricity networks, as well as firms developing military technology or supplying intelligence agencies. 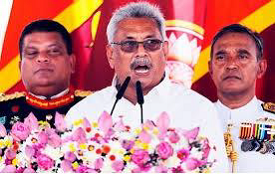 Gotabaya Rajapaksa was sworn in as the new President of Sri Lanka. He is the first retired military officer to assume the top office. Rajapaksa defeated the ruling United National Party (UNP) candidate Sajith Premadasa with 52.25% votes while Premadasa bagged 41.99%.

Initiated by Sun Foundation, ‘Dhaka International Folk Fest 2019’ has been organised by Sun Communications Ltd. The folk festival has been taking place annually since 2015. 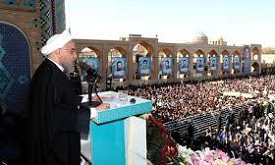 The oil layer with 3.1 km depth and with an average thickness of 80 metres was discovered in a span of 2,400 square km. 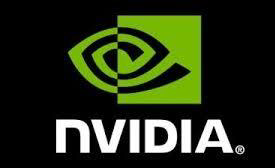