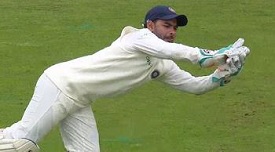 Twenty-one-year-old, Indian wicket keeper and batsman, Rishabh Pant became India’s first wicket keeper to complete twenty catches in one Test Series. During the final day of the 'Boxing Day Test,' which was played against Australia on Australian ground, Pant took his 20th catch.

Likewise, Pant has surpassed former cricketers Naren Tamhane who had record of 19 catches (in 1954-55) and Syed Kirmani who had also taken nineteen catches in 1979-80. Both the players had recorded this against Pakistan. Pant has made this record in merely three Test matches whereas Kirmani achieved in six Test matches and Tamhane in seven Test Matches.

Besides, Rishabh Pant also became the first Indian wicketkeeper-batsman to score a century in a Test match against Australia on Australian soil. 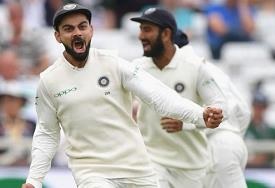 Captain of Indian cricket team Virat Kohli has equaled former Indian captain Sourav Ganguly’s record of most wins in overseas Test matches. By the time, as captain, Kohli has played 24 overseas Tests and won total 11 matches. On the other hand, Ganguly has also same number of overseas victory (as captain) in 28 Tests.

Besides, Virat Kohli became first ever Indian captain who has won a Test Series against Australia on Australian ground.

In a four matches Test Series, held in Australia, India won the series by 2-1. Indian cricket team has been touring Australia since 1947, but never had won test series. However, Virat Kohli led Indian team to win the 2018-19 test series by 2-1.

With this Test series victory, Virat Kohli became the first ever Indian captain who won the test series against Australia on Australian soil. In this series, Pujara and Pant have outstandingly supported Kohli and helped team to win the series.

In an its announcement, the International Cricket Council (ICC), has declared the United States Cricket Team as its 105 member. USA Cricket’s application for the 93rd Associate Member has been approved by ICC following the Membership Committee’s recommendation to the ICC Board last year.

By virtue of becoming the official member of the ICC, USA Cricket team is now eligible to receive funding in accordance with the ICC Development Funding Policy. Besides, it can also sanction domestic and international cricket in the United States.

As per the latest world ranking report published by the International Boxing Association (AIBA), the sixth time world champion Mary Kom now ranks at number one. The 36 years old boxer has 1700 points in the category of Light Fly 45-48 kilogramme.

Last year, she won her sixth world championship (2018) title by defeating Ukraine's Hanna Okhota in Delhi. Besides, she also won gold at the 2018 Commonwealth Games and the Silesian Open Boxing Tournament, which was held in Poland. In addition to this, she won a silver medal at the Strandja Memorial in Bulgaria. 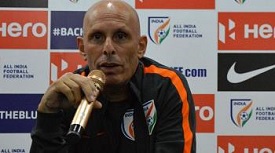 Stephen Constantine, the Englishman, has resigned from his position of Indian football team’s head coach. His resignation came after the Blue Tigers defeat, an exit from the group stage of the AFC Asian Cup 2019.

After the heartbreaking 1-0 loss against Bahrain at the Sharjah Stadium, India had to bow out of the tournament. However, in his last four years of career as the coach of Indian team, he also counted many achievements. So, after his resignation, he said to media −

“I’ve been here for four years. My objective from day one was to qualify for the Asian Cup and I’ve done that and we’ve broken a few records as we’d done that. I’m exceptionally proud of the players and everything they’ve given.” Further he said −

“I think my cycle has finished. I did what I was asked to and a little bit more and after four years, I think it’s time to leave.” 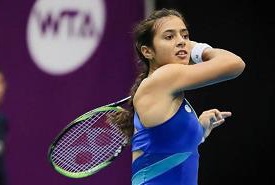 8 - India Won Both Test & One Day Series against Australia 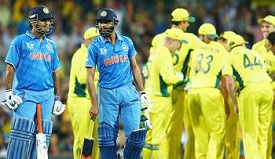 India defeated Australia in the third ODI and likewise won the three-match series by 2-1. With this victory, India became the first visiting team to win a bilateral series (two or more matches) in all three formats on Australian soil.

Yuzvendra Chahal was given the player of the match award and MS Dhoni was honored with Player of the series award. India has already secured its first Test series win in Australia earlier this month. 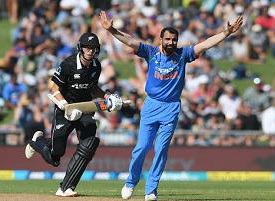 During the first one-day match against New Zealand at Napier, Mohammed Shami became the fastest Indian bowler to claim 100 ODI wickets. In his 56th One-day match, Shami reached the milestone. He took the wicket of opener batsman Martin Guptill as his 100th wicket.

The previous Indian record was held by Irfan Pathan. Pathan had reached the mark of 100 wickets in his 59th match against Pakistan, which was held in Abu Dhabi in 2006. 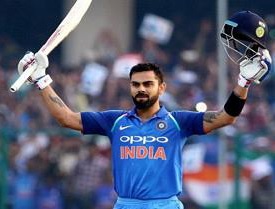 Virat Kohli, captain of Indian Cricket, has set another record in his name by completing fastest 19,000 international runs. Likewise, he surpassed the previous record of Sachin Tendulkar. Kohli ended 2018 with a total of 2735 international runs, which includes 11 century.

Sachin Tendulkar had made this record in 432 innings; whereas, Kohli has attained this landmark record in 399 innings.

Other players who have crossed 19,000 international runs: 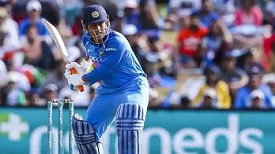 Mahendra Singh Dhoni, the former captain of Indian Cricket Team, has completed his 10,000 runs in One-Day Internationals. Likewise, he became fifth Indian who crossed the 10,000 mark and entered the 10,000th club.

MS Dhoni joined the 10,000 club while playing against Australia. Before, MS Dhoni, other four players who scored 10,000 ODIs runs for India, are Sachin Tendulkar, Sourav Ganguly, Rahul Dravid, and Virat Kohli. Furthermore, in the world, Dhoni is the 12th player (in the history of ODI Cricket) to enter the 10,000-run club.

The following list illustrates the names of all cricketer who scored 10,000+ runs in ODIs −

The Australian Open is a Grand Slam tennis tournament that is played in Australia every year usually in the month of January. In 2019, it was played at Melbourne Park from 14 to 27 January 2019. 2019 Australian Open was the 107th edition of the 51st in the Open Era. Out of four Grand Slam, it is the first Grand Slam of the year.