1 - China Tested ‘Mother of All Bombs’

As per the report, China has tested the most powerful non-nuclear weapon, named “Mother of All Bombs.” The huge bomb was dropped on to a plain region and resultantly it produced a vast ball of fire and black smoke. Therefore, the official Xinhua news agency named it “the Chinese version of the Mother of all Bombs.”

Dropped by a Chinese H-6K bomber, its strength is only second to that of the nuclear weapon. Before this, in 2017, US has already dropped the most powerful conventional bomb in its arsenal, dubbed the “Mother of All Bombs.” US had done this to destroy a tunnel network, which was used by the Islamic State group in the east of Afghanistan. 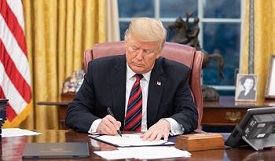 Donald J. Trump, the President of the United States, signed the bill for the Asia Reassurance Initiative Act (ARIA). The ARIA has already been passed by the US Senate in the beginning of December 2018.

The objective of this Act is to establish a multifaceted US Strategy to enhance US security, economic interests, and values in the Indo-Pacific region. Further, the law intended to develop a diplomatic strategy with the United States’ allies and partners. Under the diplomatic relation, it will conduct joint maritime training and freedom of navigation operations in the Indo-Pacific region.

The Pakistan International Airlines (PIA) has banned entertainment in flight especially for the pilgrims travelling to Jeddah and Madina. However, in the flight, only Quranic verses and naats (recitation of poetry praising the Prophet) will be played for the pilgrims.

Besides, the PIA has also announced that it will welcome its passengers on board with the Qaseeda Burda Sharif (Islamic hymn), which will be played in the background instead of soft music.

Donald Trump, the President of the United States, has threatened to declare a national emergency to build barriers along the southwestern border if Congress will not approve funding to build a border wall by February 15, 2019.

Further Mr. Trump confirmed that he had consulted lawmakers to re-open the government for three weeks; however, he was not able to secure any funding for a border wall in the temporary spending measure. Mr. Trump was evident about his intentions to declare a national emergency if the Democrats do not agree to build barriers costing about $6 billion.

In his statement, he said −

“We'll work with the Democrats and negotiate and if we can't do that, then we'll do a – obviously we'll do the emergency because that's what it is. It's a national emergency." 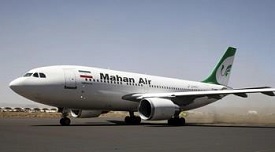 German Government has banned Iranian Airline (Mahan Air) to operate in its airports. It is done to protect Germany’s Foreign and Security Policy Interests.” Mahan is the second-largest carrier of Iran after Iran Air. It operates between Tehran and the German cities of Dusseldorf and Munich.

The Airline was already blacklisted by the United States in 2011 because the carrier was providing the technical and material support to an elite unit of Iran’s Revolutionary Guards known as the Quds Force. As per the report, European countries have been under consistent pressure to re-impose sanctions on Iran.

7 - Indonesia Floods and Landslides Increase the Death Toll to 59

As per the latest report, floods and landslides caused by heavy rain have taken over 59 lives in Indonesia. The heavy rain has increased the water levels in rivers and burst their banks; communities in 11 districts of southern Sulawesi, have been badly affected.

With 44 people dead, Gowa district suffered the heaviest casualties. However, as much as 3,400 people were evacuated from their homes and provided shelter in schools, mosques, and other tent houses. 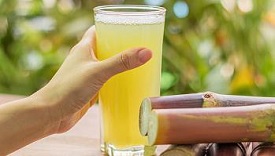 Blaming that the United Nation’s Educational, Scientific, and Cultural Agency (UNESCO) fosters anti-Israel bias, the United States and Israel officially quit the UNESCO. It is believed that the withdrawal by the US and Israel is just procedural yet is a new blow for the UNESCO to deal with.

However, for such withdrawal, the President of the United States, Mr. Donald Trump, filed the notice in October 2017 and subsequently Benjamin Netanyanhu, the Prime Minister of Israel also filed a notice. On the other hand, the United States had demanded the “fundamental reform,” which is essential in the agency. The organization has to be original for which it is best known – World Heritage program to protect cultural sites and traditions. 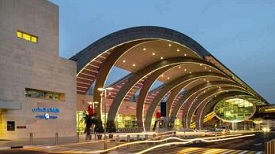 Besides, it is the fifth consecutive year that DXB has been listed the world’s busiest airport for international travelers (starting from 2014). It is also expected that by 2021, DXB will overtake Atlantic (USA) and Beijing airports (China).